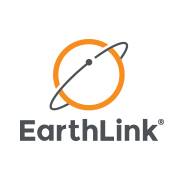 Having problems with EarthLink / Windstream Services?

Easy to start up. Very difficult to turn off. I signed up for their 30 day free trial. Made the mistake of giving them my credit card number. I couldn't get it shut off. After 3 calls and three charges to my credit card, they finally stopped billing me. I ask for a name that I could write to and the supervisor hung up on me. My advice. Don't start with PeoplePC. It was an expensive Free Trial.

I cancelled my subscription in September of 2006, showed a credit of $69.60 on people pc account, got two different cancellation numbers, heard nothing for a while and now in March 2007 they are withdrawing $22.91 from my bank account. Have not been able to contact anyone in any manner whatsoever. How does a person handle this. The bank told me they can stop any auto withdrawals when people pc uses the code numbers they are using now but all they have to do is change one number of that code and they will still be successful in accessing my account. What should I do now. Any one out there have any ideas?

The complaint has been investigated and
resolved to the customer's satisfaction
Resolved People PC — Save yourself a headache!

We were using peoplepc at our office but finally got wireless. Thus started the almost eternal struggle to get the peoplepc cancelled.

We have cancelled in October, then they charged in November, called in November then charged again in December, called in December and now charged again in January. These people are almost impossible to reach and have NO CLUE what customer service is. Every time and I do mean every time you call to cancel, you immediately get a recording that says that they are experiencing high call volume and to call again another time. The only way around that is to call for technical support and then ask them to transfer you. Once transferred, be prepared to wait and wait and wait and wait.

They have NO phone numbers published anywhere that you can contact customer service resolutions, no contact information on the website, no e-mail address to write to, the only information you can get is to sign up or call the 800 number and be put on eternal hold.

After 42 minutes, I was transferred to the Escalation Department. Another marathon of being on hold. Sounds like a lawsuit coming out of this just like with AOL customers!!!

After being on hold now for 69 minutes, I am dedicated to stay on line until someone answers.

DON'T SIGN UP FOR PEOPLE PC AND YOU CAN AVOID A LOT OF HEADACHES!

Earthlink — Being sued by Earthlink for a bill that is not owed!

I am being sued by Earthlink for a bill that is not owed! I had Earthlink internet and the service was awesome, so I decided to get Earthlink cellular service.I got the family plan of three phone's.I had thirty day's to cancel service and not be liable for the two year contract.I only activated two of the phone's and sent them back to Earthlink via UPS because they did not work. In my living room, it was roaming!After numerous week's of calls to the company, I thought the issue was resolved.Was I wrong!I am being sued for $297.15 for thirty day's worth of "taxe's"!In addition, even though I had the internet disconnected 5 mont's ago, they are still taking it out of the account!Every time I call Earthlink, there is a different reason that I owe $297.15!!!I do not know what to do.

I have been trying to cancel a peoplepc account since about June. They kept giving me more time. Well in August I called them once again and they supposedly canceled my account. I did not have any email so I deleted it off my outlook. Well when looking through my bills Saturday. I find out they are still charging me for an account i don't use. I checked and it was back up again. I guess Earthlink bought them so they can do all sorts of strange things. I have been trying to get through to them most of today found out that i need the number. So if they give you a cancellation number never throw it out. Put it in an address book where it can be saved for years because they may start up your account. Also there is no place where you can delete an account. I guess I will be calling my credit card tomorrow to complain, or cancel the account you have used. I think I may do that also. That way they can't do any more damage.

I was supposed to have been connected on EarthLink's True Voice phone service on October 10. The...

PeoplePC — No legal obligation to refund anything

How do I pursue a refund or a reversal of charges that I did not know about?

Peoplepc advertised on television an aid for $10.99 monthly internet service provider charge. I did not have a DVD to install or have access to Peoplepc. I called Peoplepc. Yet, I was told there was an overload on the system. Consequently, I had to call back at a later time. I tried for several days. But, each time I was unable to access Peoplepc. Thus, I abandon the attempt to connect or link via internet.

Later, I happen to notice a charge from Peoplepc. I called to inquire. The first question asked even on the publicly listed only available telephone number for Peoplepc is: What is your telephone number? What is your name; and what is your credit card number? This time, I refused to provide a telephone number. The first two customer service rep's who responded to my calls, hung-up when I refused to provide a telephone number. After the fourth call [two calls to the customer service-operator, one call to customer service-new customer, one call to customer service-existing customer, one transfer to technical service, one transfer to headquarters, a second transfer to the cancellation desk, a third transfer to an alleged customer service supervisor.] Upon the last transfer, I was informed I had an account number. Peoplepc did not record any initial customer service signup-even though the caller is informed the call is recorded. It is Peoplepc policy that it is the customer's responsibility to timely cancel any service. Thus, even though I never had access to Peoplepc, I never authorized Peoplepc to start the account [the information initially demanded under false pretense was used to the benefit of Peoplepc] and I never used, Peoplepc refused to reverse any charges because it was not timely requested. The customer service supervisor said under the terms of contract [that I did not have access to; did not know the terms] Peoplepc would not now provide this alleged account number; they refuse to reverse any charge but would immediately cancel the account. If I had a complaint, I could e-mail or write the company. But, Peoplepc was under no legal obligation to refund anything. Is there a government agency that I can file a complaint to continue the dispute? Help please; provide suggestions, other remedies,... any one.

The complaint has been investigated and
resolved to the customer's satisfaction
Resolved Earthlink DSL — Beware of the crooked practices of Earthlink!

In August 2006, I checked on-line for DSL availability through Earthlink to replace my existing SNET/Yahoo DSL. Their system stated DSL was available, so I signed up. Shortly thereafter, I received an email back stating that they could not supply me DSL. I was very surprised, but figured this was the end of it. Now I just got another email showing a bill that Earthlink already collected for their dial-up service, which I never requested. This is infuriating that they would stoop to charging unsuspecting consumers for services they do not need or want. After about an hour on the phone with Earthlink (and a supervisor), they finally agreed to refund the illegal charges. I am still angry that they stole from me to begin with and that they changed their story about DSL availability (even though I know it is available). Beware of the crooked practices of Earthlink.

I have been using Earthlink's satellite service that uses DirectWay equipment for over 4 years. The old modems, DW4000 units, are no longer available as they were replaced first by the DW 6000 modems and then the DW7000 ones. My DW4000 has been failing intermittently for several weeks. I have spent over 4 hours talking to tech support people at Earthlink and they keep asking the same questions to which my answers are apparently not being recorded by the tech support personnel. They have done everything they can to avoid replacing my defective modem, having me go through endless diagnostics, re-install the software, disconnect cables, etc., which I have done. Now in spite of a USB hardware device failure error messages the last tech insisted that it was due to a virus and that I needed to add the latest service pack from Microsoft and if I refused while then the problem was the bad customer and not the bad tech support. My only recourse is to terminate my account with Earthlink and start a new account with DirectWay to get service and support.

EarthLink / Windstream Services
44
%
This company is on the right track to keep up with incoming complaints, but there's still plenty of work to do.