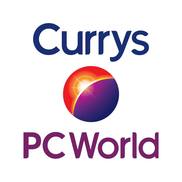 Having problems with Currys?

I bought a printer from them about 6 months ago, an epson dx3850 (which is an all in one, very good). BUT yesterday the printer broke, the printer refuses to take up paper, eg the loading mechanism is broke. So I drove to my currys store where I bought the printer totally expecting them just to replace it under the guarantee. BUT no apparently now we have to phone epson.

I phone epson and explained they agreed it was indeed faulty. So, I have to post it back to them or goto the local repair centre where they will try to repair it. The local repair centre isn't so local it is about a 15 mile round trip, not that far but I would need to print out a map to find it, but no wait, my printer is broken.

So I now have no printer, and I have work to do. A few years ago it would have been a simple case of the retailer sorting it out and then sending it off to the manufacturer. But now because I didn't pay the extra "service care" costs I have to deal with the problem my self. Basically currys refused to do anything about it. Not sure if that is toally legal as the retailer must sort out problems if the goods are not fit for purpose, clearly a printer breaking within 6 months does mean it was not fit for purpose.

So, instead of the currys simply replacing it, I have to make a long phone call an 0870 number (which costs 8p per minute) to get epson to sort it. The epson chap was quite helpful but he refused to call me back and said the call wasn't costing me money as it was national rate. I pointed out that national rate doesn't exist anymore and infact the call was costing me a lot more than normal and why couldn't they have a normal geographical number. Eg why should they make money out of me for their fault.

Epson said that currys could take it back at their discression. So, I called currys back and they refused.

So now basically I have to travel 15 miles, or wait for prepaid post pack and goto the post office, in my time at my expense. Why should I have to contact the manufacturer and make arrangments for a repair surely the shop should do that. Other retailers I have used in the past would simply replace the printer for me, why should I do their job? I also now have to buy a new printer anyway as I've got work to print out today.

What happened to good customer service where the retailer doesn't just take your money and forget about you unless you pay them extra for a service agreement extra guarantee and placement policy which is really the level of service (appart from extra time period) that I would expect from the retailer anyway.

Basically Currys want to take your money and forget about you. I even tried to get the name and number of the area manager, they refused to give it to me. Simply saying call the 0870 national customer service number (at my expense again). I won't be buying anything at Currys ever again. In future I may as well just use internet online ordering since if it breaks I'll end up having to post it somewhere anyway so what is the point in ever going to a shop?

I purchased a laptop from curry's on Saturday 21/02/09 at home I found that the pointer was not functioning. I contacted the technical services and explained the problem and they could not fix the problem and they said I should return the computer to the seller. Today the 22/02/09 I went to the shop and explained the problem to them and asked the computer to be replaced. They did not have one more to replaced and said that only Alfreton branch (30 miles round trip) have 3 of this computers.

We purchased a Washing Machine from Currys in July 2005 together with a five year guarantee. When this broke down last Friday we rang the service line anticipating a service visit “within two working days” in accordance with the terms of our guarantee. (The agreement amplifies this with a a statement that faults reported on a Friday will be attended to the following Tuesday). At the time of our report, we were promised a call that day to confirm the date and time of our visit.

No such call was received and so we called back this morning. After a considerable time we managed to get through to an operator who then referred us on to another number. After further difficulty we were told that we would not receive a call until next Thursday.

When I rang to complain to the Currys Service number, my call was automatically transferred to an LG operator. He was extremely uncooperative and said it was nothing to do with LG. I should speak to Currys. He then gave me a Currys number. When I rang this, I was again automatically referred to an LG Operator who said that they had no system for dealing with complaints.

The material supplied with our product guarantee says among other things:

“ But all you need to know is that we can get your problem solved fast”.

“ Whatever happens we’re here to solve your problems quickly so you don’t have the hassle”.

“Our promise (s) Just make one call and we’ll sort the problem out for you”.

There seems to be no way of speaking with anyone in Currys so that I can enforce the terms of my contract with them. Can you advise?

I see from my receipt that I paid.

I had Purchased a TV set from currys team valley gateshead on 25/07/04. I took out a extended matercare guarantee untill 24/07/09 5 years in total. I have had nothing but problems with this product despite many repairs by mastercare

here are the dates of repairs and job numbers

30 mar 06 Job Number 375474 fault reported tv cutting out unable to fix on site sent to workshop for further inspection Job Number changed to 685489 collected from home on 18/05/09 mastercare had the unit for 6 weeks and one day master care spent a total of £888.16p to repair the unit

As you can see this i have reported the same fault over and over again and mastercare cant fix this problem. i contacted mastercare on 02 oct 06 and i was told that i will get a status report off an engineer about my unit no phonecall from mastercare

I have given mastercare more than one chance to fix this unit and the same problem still arises i feel that when the time comes that my coverplan guarantee runs out i will be stuck with this problem unit..

Ii have also been in touch with sony technical about this and they said that my television shares some parts with the KV-xxFQ86 CRT-TV's. here is what they had to say

The system controller (B-board) is of the same design and in addition to this, the lampdriver circuit and the secondary power supply is not always reliable.I strongly recommend you to ask an authorized Sony workshop for assistance and ask them to check all technical bulletins which are issued for this model by Sony European Center (SEC).

Due to the complexity of the set and the solutions, it's absolute of no use to try it yourself or let a non-authorized workshop try it because in that case the required technical informations on the various circuit changes is missing.

Due to the differences in datasets which are pegged to the version of the optical block, urge the service center to make a backup of the current data in the set's main NVM before performing any repair. They can make such a backup with the TRACE interface and software.

But all i get of mastercare is the unit will be fixed untill they see fit now i feel that i have wasted £599.00 on this guarantee

Currys
4
%
Doing nothing would be this company's favorite pastime, if they had the energy for it.