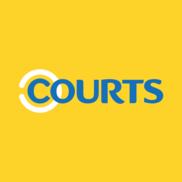 Having problems with Courts Malaysia?

ComplaintsBoard.com is not affiliated, associated, authorized, endorsed by, or in any way officially connected with Courts Malaysia.

I wanna bought a air conditioner with the price RM1199 today. That time comes a salesman to serve me. He...

I bought a set of Sofa and a fridge from Courts Mammoth Shah Alam on Friday 11Dec 2009, after finish making the full payment, they inform me that they will send the goods to my house in less then 5 days time, but after waited for more then 1 week the sofa and the fridge is never send to me. I called to the staff in charge, she said she doesn’t know and she is waiting for the transportation company to call her. With such excuse, if the transportation company doesn’t call her, I worry that I will never get my things. I regretted that I buy from Courts Mammoth, a worst, I made the full payment. Now I have no choice but to wait and wait.

I hate this services rendered by courts mammoth, they say other things and yet do other things. On the...

I've bought a fridge and a washing machine in Courts Mammoth Miri, Sarawak on Monday. It was suppose to be sent to me on Teusday afternoon and I even bought the DISPLAYED washing machine hoping they will send it as fast as it should, plus, they said the fridge is in stock.

Sadly, I havent received the goods up until now - Wednesday and I havent received any news from Courts Mammoth Miri of my case. I've waited every lunch hour (Teusday & Wednesday) waiting for my things to arrive and frustatingly it never did. I've tried to contact the staff and the MANAGER but seems like he always be gone like 3hours in the afternoon for whatever reason I don't want to know.

Why they hv to take so many days just to send a fridge and the DISPLAYED washing machine in 12km distance house? I believe Courts Mammoth is an 'international' company but sadly, the standard is way below par even for local furniture store..

The incompetency of Courts Mammoth Miri staffs and manager had seriously wasted my time.

I bought an item which failed at day one. Send in for repair under warranty period, they failed to fix...

Courts Malaysia
80
%
Fast & efficient, this company is head above their competitors when it comes down to taking care of their customers! Keep up the great work!