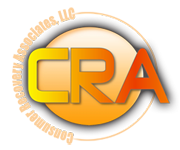 Having problems with Consumer Recovery Associates?

I had opened a credit card over 5 years ago, I made my monthly payments and was told that I had my balance taken care of. Now after 4 years I get a phone call stating that I owe almost $800.00. From the very beginning of the conversation the woman was so rude it would make any one's blood boil. I tried stating to her the situation and she wanted to know how I was going to take care of it. I simply told her that I was not working and had no income coming in at the time. I am a stay at home mother. So she automatically said that she was putting it down as I am non compliant. Which is not the case. I told her that I have not received anything in the mail for me to be able to contact the company or anything. She then stated that it wasn't her problem and she wasn't going to give me any information to try to contact the company and that basically I was garbage. I am sorry, but that is not how you handle your job. I understand that you are supposedly trying to collect a debt but you do not threaten people or talk to them in the manner that this woman did. She did not give me her name or any other information that I would have needed. You can bet that this is going straight to the States Attorney Generals office!!!

On 10/26/11 a woman left me a message stating to give her a call or my representation on a serious matter. I'm thinking its a collection agency. I will call back to make payment arrangements. I called back and the woman was rude. She is asking for checking and savings account information. I advised her I didn't have either. She quotes an address of a relative. Then she verifies the last four of my social. She after all this she tells me to go to a local drug store and purchase a prepaid card. I then ask her to send me proof of this debt. She became really rude. She said I was trying to get out of paying a debt I owed. She hoped I had a good representative. I said I'm not paying anything over the phone for anyone who just calls my phone. She became quiet andr just held the phone. I said hello. She said nothing. Just held the phone until I hung up.

Received a phone call from someone claiming to be from a lawyers office. She stated she had information about a case about to be directed to the IRS. She verified my name and she provided the last 4 digits of my social security. I did not provide additional information only verified what she offered was me so that under the privacy act she explained me to would be able to offer me information on the case.
She stated eventually this was an attempt to collect a debt. I asked from where and she told me Household Bank for $1500.00. I said that can't be right as I have an account with them and in good standing. She then said it was from Orchard Bank, I said I have an account with them as well in good standing. She said the account was created May 30, 2001 and went into default March 2002. I told her I have no clues about this at all and could you send me documentation since this information is over 10 years old! I need to figure out what it is or was. She abruptly said no and that she was going to file a 1099 C on this with the IRS against me as there is no statute of limitations. I was hung up on and called the number back and got a general recording.

They called on my cell phone, said they were CRA & that they were collecting a debt on a Premier Visa card. I told her that I never had a Visa, then she said that Visa bought it from Chase Mastercard. The debt is $25K & change, but they'll settle for a little over $3K. I've never had a Mastercard, either & certainly never would run a credit card that high, if I had one! When I asked her about the debt, she said I opened the account in 1998. They would provide no written proof of the debt, citing that they don't have do to this! Even if I owed them money (which I don't) aren't they a little late trying to collect?

These people keep calling our home number for some lady Ive never heard of before. We've had this number for like 5 years and we still get calls for her. I got fed up with it a few years ago and told the callers to stop or Id report them. They did stop, but only for a few months. Now they are getting more frequent again. The callers never say who they are, and call with an unknown number. All they do is ask to speak to a certain person, like they are friends with her or something, but you can hear other phones and people in the background, and its always someone different calling - they call often enough to be able to tell! When I tell them the lady they are looking for is not here or I have no idea who she is, they hang up on me before i can say anything. This morning when they called, I acted like I knew this lady and was about to hand her the phone. I asked the caller who she was, what her number was, and told her I was writting it down. Then I told her that I planned to report them because of thier non-stop calls. That I dont know the woman they are seeking and have told them many times already.

I didn't answer the call so I'm not sure whay they wanted other than speaking to my wife who wasn't at home at the time. I have the gentlemans (?) name and a case number and also a call back number.
Should I let my wife call them back or can I or should we just wait till they call back>

- I came into work today and checked my voice mails. I received a phone call the previous day at 5:29pm. The...

My parents received a call from CRS asking for me by my former name regarding a debt from over 10 years ago which by Missouri Statute of Limitations is non-collectible. They threatened to contact the IRS and attach my tax refund which I'm not sure a collection agency can do. Never heard this one before. I think they are a scam artist trying to get people to send them money.

Ms. Thompson called my work phone, illegal. when I promptly returned thier call another rep answered and...

I received a call from CRA agent John Gibson on Nov. 30, 2010 stating that I owed a credit card bill from 2002. The credit card had been sent to an address in Oregon that I had never lived at. I explained that I had filed a police report in 2008 on several items that had appared on my credit report and the police confirmed it to be identity theft. Mr Gibson began to yell at me and tell me it did not relieve me of paying the bill which he stated was originally $20. and now was $1200. because of interest. I repeated I did not owe the bill and would send him a copy of the police report to which he began spouting threatening things. I told him "where to get off" and hung up.
The tel. number CRA reached me at is a work number. I work for a elderly disabled person. My client called CRA back and requested them not to call as this was her private number and not mine to which the man started yelling at her and told her "I can call anyone I want and you can't tell me I can't". I looked up on the internet and found they are a Greenville, SC company. Here in California people are not allowed to harrass you at your place of employment. My client is writing a letter to the office of Consumers Affairs in Sacrament to check on the laws that govern an out-of-state company.

I received a disturbing phone call the other day from a lady who I asume was a debt collection agent. She didnt say she was but she told me in her exact words that an old account of mine was past due from 12 years ago and then said something about a 1099 fee or referral. I then thought she was from the IRS so then asked her to slow down and explain the 1099. She then told me to stop interupting her and she would explain. Again she explained and brought up the 1099. I then asked her to clarify her self what the 1099 was for. Was it a $10.99 charge or was she reporting the expired account to the IRS. She then told me very angry to stop playing and if this was my sense of humor. I then told her I would like her to clarify and she started yelling saying to i want to clarify the stuation or not. I then told her to answer my question and she grew angry and said she would just put down that I did not agree to resolve this matter. I then hung up after her and called back at the same time looking up the company on the internet. Another lady answered and I asked what company it was I was calling. She said Consumery Recovery Associates. I asked if this was the same women and she grew angry again. She sounded the same with the same noisy fan background and kid. She explained again and for some reason when it came to the 1099 she would lead me into believing it would be reported to the IRS. Then when I asked her to clarify she would grow angry. I then asked her to talk to someone else and she said sure and hung up on me.. Before we hung up I had repeatidly asked to find out more about the account but no info. These people were rude and had no problem yelling at people.I figured if they were the IRS they would not conduct themselves in an unprofessional manner..

They continually call my work & get different extensions are rude to my co-workers & me. They will not tell...

They called saying that I owed a debt but could not say who the debt was to or how much. They refused to...

The complaint has been investigated and
resolved to the customer's satisfaction
Resolved Consumer Recovery Associates — Agressive, harassing debt collection

Returned their call after they left messages on my phone and my mother in law's phone. I thought it wa...

Consumer Recovery Associates
57
%
This company definitely cares about its customers and responds to overwhelming majority of complaints.