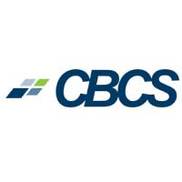 Credit Bureau Collection Services [CBCS] — I am complaining about service

I've been called numerous times stating my account was in arrears by your legal team ... I was told in...

Credit Bureau Collection Services [CBCS] — debt from hospital. I do not owe

I alfredia started reciving, collection letters from CBCS around the end of 2011, stating i own AT&T $3537.04. i asume it is for a cell phone i never applyed for. I am currently using a Metro PCS, thats been in use for the last five years. i have no plans, or had any plans to pay for a contract phone. To me the only way this could have happen is apone moving, mail with information could have been tampered with.

CBCS illegally took a total of $358.92 electronically from my account on 2/17/2011. How they got my account number is beyond me. I called numerous number trying to contact the company and failed with everyone. I did some research online and found out that CBCS works for Verizon. I called Verizon and got their number. They asked me for an account number... I don't have one.

They had no way of pulling up any information about me. They were extremely rude to me. Trent the first guy would not even transfer me to a supervisor so that I could get more information about this EFT. After threatening with a lawyer I finally was transferred to Maria who was yelling at me to fax my banking statements and my voided checks to them. She also told me that there were pages of people with the same name as me and they probably had charged my account for someone else's debt. I have a hold on my account and my bank is holding all money coming in or going out. I am getting married in 8 weeks and am now out almost $400.

Looking back at my bank statements this is not the first time they have done an EFT on my account. They total $1789.59. They didn't have permission for a single penny.

My next step is to lawyer up and handle this in court.

They sent me collection notice and called me about owing 1300.00 to an old Verizon account from over 12 year...

This company sent me a collection letter for a debt that has been DISCHARGED in a Chapter 7 bankruptcy. Thi...

I continue to get phone calls from this collection agency even though when I was finally able to talk with a...

I get frequent calls on my cell phone and home phone from "Bob Jones" of CBCS. I had a small (less than $100) debt for medical services that apparently got sold to this company. Long story related to moving and mail being sent to the wrong places. Anyway, I paid it in full shortly after I learned that it had been sold. Yet they (CBCS) still call, and call, and call.

I don't know what they think they're going to get out of me. Even if I DID still owe the money, I'd pay it directly to the medical practitioner because I will NEVER give any money to a collections agency, on principle. CBCS, I hope you enjoy wasting your time and resources calling me ten times a week... you'll never get anything other than hung up on. *click*

From what I've read, many others have received a phone call similar to the one I just received. Not only...

I have no idea who CBCS corporate is...but I have received bills from them for quite a long time. I of course...

CBCS attempting to collect debt for Alltel Communications, however, cannot produce evidence that I owe the money. Contacted Alltel and verified debt was sold to CBCS. However, Alltel cannot provide proof that I owe the money either. This harassment has been going on for 4 years. Has negatively affected my credit score (784 to 654). I did get the credit report corrected after several months. I believe this is a scam for the following reasons. Collection agency contacts me I dispute the debt and ask for proof of debt. Never hear from that collection agency again. However, a few months later a different collection agency contacts me. I have reported this to the Attorney General and Better Business Bureau of Ohio. Next step is to file complaint with Florida my home state.

These guys have been calling me for a month, out of the blue demanding payment for a Bell South account. I...

Credit Bureau Collection Services [CBCS]
60
%
This company definitely cares about its customers and responds to overwhelming majority of complaints.