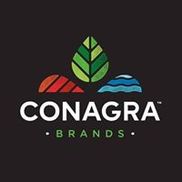 difficulty opening can on more than oneoccasion
I like the beans but am considering looking for another brand bec it is so hard to open the can with a can opener
I can open other cans with my can opener just fine
When I think back to the last time I had the beans I had the same frustrating experience
I can open the can a little ways then it won't open anymore, slips off. I start again and it opens a little ways and slips off. After a third time of this I try to pry the lid off, splash all over and can barely get the beans out.

We bought your Beef Pot pies at the local Giant Eagle yesterday and cooked two of them up for dinner last night UPC [protected]-2. The taste was good but it was all gravy and crust. We were expecting at least some meat. Barely even a carrot or a pea... I'd like to have 5 coupons for replacements as the other 3 are still in the freezer. Following is my address: Lee Hoy 2 Hershey Rd. Indianola, Pa 15051 Thank you.

I always buy Snack Pack pudding packs to take to work. When opening one pack, there was a very sharp piece of plastic sticking out of one of the pudding cups where I would pull back the plastic cover. I cut my finger on it. Please ensure that these packs are checked before being packaged. I have noticed uneven pieces of plastic around the cup in the past, but this was very sharp.

I had bought a box of 8 red grapefruit cups from superstore in simcoe ontario canada. When opened 2 days after buying I had noticed that 1 had leeked out making the bottom of box all soggy and another one the top of it was bowed up like it was going to explode soon. I opened that one to find it smelling fromented and tried it and it was bad. This is not the first time I have bought this 8 pack product to find some already spoiled or not sealed. I have pictures and codes that I will attach. It is march 4th and the product code on bottom is 2019 ma 08 so they are not expired yet.

Hello. My family and I are big time Slim Jim fans and frequently purchase large mufti-packs. We probably eat...

We purchased this product numerous times.
However, the last box we bought it doesn't thoroughly pop.
We took a bag to our daughters house and it didn't pop well there either.
One bag had [protected] 1247 best by Oct. 2017.
The other [protected] best by Oct. 2017.
We have had great luck with your product in the past.
Anyone else complained about this?
Thanks,
Dave Lowman

the last two time I purchased these pot pies at the family dollar store I've discovered that there is very...

The pies were horrible! Normally they're great, but these pies were awful, they had hardly any meat in them...

To Whom it concerns, I was feeding my 2 year old Grandson Spaghetti and meatball dinner. That his parent...

I worked for conagra for six years. I worked my way up to a master mechanic in the maintenance department in...

They have changed their recipe and now the beans are very bland, I thought I had on off batch can, but it's the same after three cans. I bought them from the Costco in Austin, Tx. They are advertised as ranch style with real western flavor. They are now nothing more than just pinto beans with no flavor they were famous for. I will no longer buy them and feel Costco should know about the decline in quality of this product.

I got the food with mould

I bought some food from the company Con Agra Foods. Mainly all production was in cans, so when I arrived home and opened these cans, it turned out that all products were old and with mould. I started to call and send emails to this company, but their customer services were useless. Only machine replied and it was impossible to get any help from them. Don’t buy from them and better share this info in order to warn other people.

bags pop open when cooking, butter was already on outside of bag these are the mini bags dated best used by...

non edible items in can

Hi Kelly -
I'm Tara and I work for ConAgra Foods and we make RoTel. I'm so sorry to hear of your experience. We do have preventive measures in place in our manufacturing facilities to prevent these types of things from happening but I'm going to be sure to send the details of your experience to our quality team for review. I'd really like to get some more details from the can and see if there is something I can do to make this up to you. Please email me at [protected]@conagrafoods.com at your convenience.

This web site is being put up after a year of frustration, conversations and general disregard for corporate...

I've been buying and eating Slim Jim products for over 25 years. The last 4-5 years I've been able to buy the 48-count Original Single sticks for between $5-6 at Walmart, Sam's and a few other wholesale type outlets. I would buy them out every time, one time I even bought 14 48-count packs for a little over $80, I eat them myself and bring them to the childrens center I volunteer at, most of the kids love em! I understand there was a plant explosion in North Carolina that killed three workers and destroyed a part of the processing plant, my heart goes out to the victims family and friends. This happened in early July I believe, and ConAgra Foods said the tragedy would only affect production and distribution for a few weeks as the majority of the plant was not damaged. I noticed the lack of Slim Jims immediately, not only did they disappear from store shelves, but many store managers have discontinued all Slim Jims products indefinitely. I contacted both ConAgra Foods and the multiple retail stores that sold them, and both sides say the other has forced the discontinuations and that none of those are related to the plant explosion. ConAgra Foods even sent me a list of stores in my 100 mile radius that they say still sell Slim Jim products, I contacted everyone and every store manager has said they no longer carry Slim Jims and that ConAgra has stopped distribution to them. A few stores has some Slim Jim singles and meat&cheese packs, but they also had been discontinued indefinitely. Even most C-stores, convenience stores, have stopped getting shipments. ConAgra Foods first said 2 weeks, then a month, we are now almost in October, almost 3 months after the fact and no change in the situation. The only change that has come is a bad one, ConAgra has decided to layoff 300 Slim Jim employees permanently, a move that comes only a few weeks after all employees were guaranteed no layoffs. lol This seems to be a rare case of a big company not caring about their employees and the consumers, it's usually one or the other. How on earth is such a popular longtime snack now non-existent? And the other sad part is I cannot find a replacement. I've looked everywhere, there is nothing out there that has the taste and affordability as the Slim Jim. I know one may read this and think "what a loser, it's just a snack!" To me it's more than just that, it was an everyday food I have eaten for many years. I'm picky about what I eat, I avoid most snacks and all pop, my favorites are Slim Jims, Soft Pretzels and Milk Chocolates. Slim Jims are ??? Nobody sells soft pretzels at a decent price so I learned how to make them myself, and a person should only eat so much chocolate daily. The absence of Slim Jims has really affected me and the fact ConAgra Foods can't get their story straight about the future of Slim Jims has angered me greatly. Can anyone even name a product so popular that ever just disappeared? I'm in communication with ConAgra Foods, if they ever give anymore info or if Slim Jims reappear I'll post back.

Anyone know where to buy Slim Jim 48 or 100 count packs? I see amazon has some but most of those sellers don't have any and the few that do are charging $50 for 100 packs! Even my jerkyjoe site is out of everything, except Jack Links. UGH!

popcorn bags can catch on fire

This web site is being put up after a year of frustration, conversations and general disregard for corporate...

ConAgra sells a product called Hunt's [Tomatoes] Paste, which is called "tomato paste" in the product...

Conagra Brands / Conagra Foods
0
%
Doing nothing would be this company's favorite pastime, if they had the energy for it.