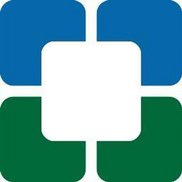 Having problems with Cleveland Clinic?

ComplaintsBoard.com is not affiliated, associated, authorized, endorsed by, or in any way officially connected with Cleveland Clinic Customer Service. Initial Cleveland Clinic complaints should be directed to their team directly. You can find contact details for Cleveland Clinic above.

Use this comments board to leave complaints and reviews about Cleveland Clinic. Discuss the issues you have had with Cleveland Clinic and work with their customer service team to find a resolution.

Hi I'm Whitney Phillips and I been a long time patient at the Cleveland clinic, my mother has worked for thi...

Ccf is a hard place to work. The administration is very negative and accusatory. The turnover in the West...

I have called to make an appointment numerous times. I was unable to make the appointment mostly because the...

I am one of many permanently harmed patients, many requiring corrective and emergency lifesaving surgery, who...

Terrible Rheumatology - staff and Doctors. Called for routine refill and claimed they just received the...

Hi, my name is Joaquim Vanderheof. For the past months I have experinecing so health issues, including joint...

I have been a patient of Cleveland Clinic since 2010 ... I had been lead to believe that this was a world...

This place is so mismanaged it shouldn't even be allowed in a medical setting like the Cleveland Clinic. I went in to purchase a bottle of water, it was late, I had just had a procedure done at the hospital. There was a line and when I got to the front, I was trying to pull my parking ticket out of my purse while I had my wallet out. I set my water and a $20 dollar bill on the counter as I zipped up my purse.
The clerk said, "Hand that to me" in an EXTREMELY RUDE, condescending and disrespectful tone. She proceeded to stare me down as I took a second to process what the heck she was talking about since I had placed my water and cash right next to her at the register while I continued to dig through my purse for my parking ticket and she continued to take her damn time checking people out slower than grass grows. I finally realized she was talking about the money.
So I picked up and handed her the $20 bill (we are talking the two inches between the counter and her hand, initially thinking perhaps there was a security reason.
It became clear that she just wanted to be a pain in the ### and/or racist which I was in no mood for having been fasting for my procedure and feeling like complete c*** after being at the hospital all day. (As in I'm leaning on the counter to keep myself from falling over).
I politely asked, "Was there a reason for that?"
She proceeded to lecture me that "she felt it was respectful."
I responded that I was simply trying to pay for my water and certainly intended no disrespect. I asked her name, which she paused, said "My name?" and then fake laughed at, finally answering "Jordan."
I said, "Well Jordan, I hope you have a fabulous evening."
I'd like to emphasize that this is a hospital location. People are going through all sorts of horrible, horrible very personal things themselves, or with loved ones.
I had gone through 10 hours of grueling doctor's appointments and procedures that day, in addition to several medical tests where everything from cancer to other chronic conditions were brought up as possibilities for what I was about to face (I've already survived that on three separate occasions). The day culminated with visiting a friend with a similar medical condition who had been in the hospital for 17 months straight. 17 months.
I don't need lectured by an Au Bon Pain employee on her entitlement for me to hand her money to pay for a bottle of water instead of placing it on the counter at any time but especially when I'm barely able to stand up, let alone in a location/time like that. I was completely appalled, as was my friend and the woman behind me in line.
In a time like this, she should be happy to have a job (and her health) and I hope someone will let her know it.
I contacted Au Bon Pain's customer service several times and never received a response. Obviously they don't give a crap about the people who keep them in business and they won't ever have mine again.

The complaint has been investigated and
resolved to the customer's satisfaction
Resolved Cleveland Clinic — broken bones, fractured ribs & dismissive staff

My father had an accident where his four-wheeler flipped over and he needed emergency care. He told me the...

In 2011 my wife went to Cleveland clinic as recommended by her Hmo avmed. After a few months went by we...

On May 17the 2012, my husband took me to Cleveland Clinic Emergency Room because I had a terrible back pain...

Cleveland Clinic — Unorganized and all kinds of wrong stuff

Very unorganized, I was revered here from a dr. At duke from my home state of north carolina. I am here now...

Cleveland Clinic
4
%
Doing nothing would be this company's favorite pastime, if they had the energy for it.