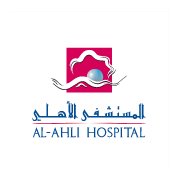 Dear Sir/Madam
Letter to complain about in services

On 3 March 2020, my from the physician from the urology department doctor sent an approval request urine test as well as for
x-ray.
It has been two days now and I still haven't received any confirmation SMS from Al Ahli.

According to AKSA my insurance company they are saying approval was given on the same day the 3 of March However, it been two days now and I still have not received any confirmation SMS from Al Ahli.

This is not the first time this has happened, and it honestly shows a serious lack of care on the Al Ahli part towards your paying clients and their health.

If you avert back to me with feedback about my AKSA approved lab test with code No (CN49989) in a timely fashion I will have no option but to consider taking the matter further to the MOPH.
Yours sincerely

I came to see dr ahmad al Adba about two weeks ago & he gave me some medication called Asacol. I suspect that the pharmacy has given me the wrong dosage. I called the reception so that they can put me through to his rooms in order to get the right dosage, but they refused to put me through. They said that they will get someone to call me back. It's been a day and nobody called. I called this morning and they put me through the pharmacy. Nobody is answering there as well. I called reception again and this time they said I need to come to the hospital to find out the right dose. I live 60kms from Al ahli.
This is absolutely ridiculous. I am sick and tired of the behavior of the reception staff and they are just arrogant. They do not understand that maybe it can be a serious situation. If I do not get a call before the end of the day I have no choice but to inform the authorities.

I came to Al Ahli for cardiac CT scan which was.cancelled.due to my small veins and inability to insert a big enough IV for contrast.

The radiology department asked me to continue fasting and to go up to see my cardiologist . I went up to reception about seeing Dr Gehani earlier than 1130, theeception told go ahead and check with the nurse station as he has no appointments till 1030 and can probably see me. I was up in the station, explain and was told.to.wait in waiting room ... 45 minutes later one person just ask why I didnt have the scan and left. 11 am and I still haven't been seen nor given an update. I went back to the desk, they were.chatting and no one seem to know.what happened nor do.they care except for the receptionist . I told.them I've been fasting and if they can't take me till scheduled appointment I will go and eat. They hurriedly then got vital signs and ekg and then again ask me to wait in the waiting area.
It's now 1131 ... and I'm still waiting.. ...

My child's Adenoidectomy done from Al Ahli hospital Musaffah Abu Dhabi on 1/7/2019 by Dr.Biju Narayanan, After the surgery we found the child with plugs in both nose and doctor said it is only for controlling nasal bleeding (which should not happen at the time of Adenoidectomy) one day later doctor removed the plugs from nose in front of us and the way of removing the plugs were so harsh.
the second day 2/7/2019 child discharged from the hospital with both nose were blocked and sever pain from the nose.

Before surgery we explained to doctor that the child needs to travel to India on 9/7/2019 and doctor said there will be no problems for traveling on 9th,

Both nose were completely blocked even after a week of surgery and bleeding also not stopped completely which should not happen after Adenoidectomy, We checked with doctor and he said it is normally happening.

On 11/7/2019 evening around 5 pm child admitted in Shreedevi Hospital (Mumbai)due to vomiting thick blood several times and also sever bleeding from the nose.

We have consulted an ENT surgeon and as per the doctor's advice they carried out endoscopic test and endoscopic adenoidectomy again on 12/7/2019 due to the adenoid were not removed completely by Dr.Biju Narayanan.

At the time of endoscopy doctors found many wounds in both nose of child, It is due to the improper removal of plugs by Dr.Biju Narayanan from Al Ahli hospital.

After the second surgery child is perfectly ok and she is able to breath from nose without any obstructions.

As an ordinary resident I have several limitations to go ahead with legal formalities against Dr.Biju, So I kindly requesting to the Al Ahli management to take necessary action against Dr.Biju to not happened this kind of incidents to any child again .

As a doctor His attitude and behavior also not appreciable.

Hope you will let me know the details which you taken on this case.

I am regular patient with Dr Maher and I visited him last week then he went for vacations now to follow up for my blood test no doctor is accommodating. My right to visit the follow up also will finish and they r giving me 22 july again and I need to pay again.
Only task of the doctor is to open my report and suggest the dose but still they r refusing. I came twice
Its general thumb rule and doctor Maher always said once u done blood test no need to book come walk in after ur result ready
I was in Emadi and no such situation happened to me before

transfer service from one clinic to another, pharmacy service

I had a walk in visit 30.04.2019 with general doctor for blood test results, who transferred me to ears and nose clinic for balance test as I was suffering from severe dizziness. Doctor for the test was on leave so I had to reserve appointment as walk in customer for another doctor. The issue is that I was extremely tired, and dizzy but I had to wait for any patient who has appointment to enter first. I referred to emergency department they couldn't help. So I had to go home & return after 2 hours to be able to see a doctor.
Regarding the pharmacy, they are very very very slow & very bad attitude every time we visit. Today they clicked my number I didn't see so I went late 1 minute, the doctor in a very impolite & rude manner told me that I returned the medicine back to its place as we called you several times & your are late!!! There were only 3 waiting persons in area that time. He was very upset & as if I did a horrible mistake. Last visit I waited 35 minutes because there was system error.
So my complain mainly is where is the service presented when the patient is really in need of help or should I come in an accident to receive help?? Another thing the general attitude with patients especially from pharmacy & some of reservation team. Please show some respect to patients.

I went to Al Ahli Hospital because I had a flu and high fever. My US insurance is activated but I didn't have except the expired copy. I informed the receptionist that the insurance company has renewed by insurance. They admited me and I was on bed about to see the doctor then the recpetion lady comes and tells me we have to cancel the visit. She takes me out of the room (I have a high fever) and they tell me that they need a gurantee of payment. I spend 20 minutes trying to explain to them the situation then they finally admit me back in. I then refused to be admitted since this is not the correct way to treat patients! The reception lady could have waited till the end. Worst case I would have paid it myself. But it is not correct for her to remove me from the emergency bed when I'm about to receive treatment. I think went to a nearby clinic and got the best treatment!
This is the very last time I go to Al Ahli. The man and lady at the reception do not know how to deal wih patients. Horrible treatment!

My 11 month old daughter had a fever of 39 degrees. We waited for over 3 hours to get her checked at the emergency even though we assumed that as a private hospital the proce...

I am 6 mnths pregnant, Dr Sujatha Kamala called me for general check up after a month. I immediately tried booking it but schedules were not available. Managed to suit the...

Al Ahli Hospital
0
%
Doing nothing would be this company's favorite pastime, if they had the energy for it.