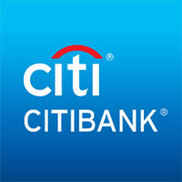 Having problems with Citibank?

This is the message I sent to Citibank, I forwarded it to Good Year as well as Conrad's, I do believe your business will suffer with continued association. Unless people take the time to follow up Good Year is the name that is smeared by this kind of service. Citibank doesn't suffer. I know I will be hesitant to do business again because of this. I will seek out another Center that does not do business with Citibank where I can get a 90 days same as cash card to use.

After approx. 5 years I returned to Good Year for car service. I last used my Good Year credit card in 2002. Tuesday 6/5 at Conrad's of Elyria Ohio Broad St. store, I had tires put on my car as well as maintenance done, I re-applied for a card only to be told I already had an account, it was re-activated and I was given an acct. number over the phone to give to Conrad's to pay for my purchases. Wed. 6/6 the number I was given was refused, again we call only to be told I need to re-apply, which I did only to be told I already had an account. We then call and speak to Brandon who apologizes. He states I can now run my card number to pay but he isn't willing to discuss the time I have devoted to Good Year now, he passes me to Whittaker, who states I will be compensated, but doesn't say how, and takes my credit card app. data a third time, states he will fix things and call us back. We waited until 1900 for a call that never came , Good Year at this point owes me for 2 hrs time ($60) and if I have to spend any more time on the phone or at Conrad's taking care of this that figure will increase. While I am happy with Conrad's service I will have to think about using them in the future because of their affiliation with Good Year and the unacceptable treatment I have gotten from Good Year. I will not spend the kind of money you are asking for service and then spend hours of my time trying to pay you. We are now on day 3, I have found out that it is not Good Year that owes me, it is Citibank. I just spoke with Lisa, who stated she was also in contact with Whittaker, stating that he tried to call back and could not get through, we were in the store until 1845 or 1850, no call. Will not discuss compensation of my time spent trying to clear up this comedy of errors. As far as I'm concerned Citi Bank owes me $60, which is approximately what 2 hrs of my time is worth. That is approximately how much time I have spent either on the phone or waiting for Citibank to return calls. I will be sharing this story with Conrad's and Good Year and suggesting that their business will be irreparably damaged by continuing any association with Citibank. This behavior and business practice is unacceptable and I will not tolerate it.

foreclosure of the personal loan

This is related to a loan acquired by me from CITIBANK on 30 Aug 2005, and the first EMI was Debited sep 2005,I had asked for the foreclosure and gave you a months notice on 12 Feb 07 and called you on 22 March 07 for the O/S informed 31,503.26 /- and i had a DD made for the same amount and gave the request for the pickup as informed by CALL CENTER AGENT but it was not picked.

I HAVE SPOKEN TO ONE OF THE AGENTS TODAY AND SHE HAS GIVEN ME THE AGENCY'S NO [protected]-[protected] AND TOLD ME TO RING THEM AND GET THE PAYMENT PICKED.

I HAD CALLED THEM MANY TIMES AND GETTING HARASSED BY FALSE PROMISES BY CITIBANK AGENTS.

Stay way from this company!

As my card expires in October 2006, since now I haven't received my new card,and also their officer...

I am writing this email to you with regard to my Citibank Credit Card, I was sent this card without any...

at&t universal credit card is a rip off!

10 % back as a statement credit on purchases at department, discount and apparel stores until 12/31/06. (up to $100.00). This was the offer sent to me by AT&T Universal. I phoned and attempted to get a list of stores and was told there was none. Activation by me was required; this was done on 11/20/06. Purchases totaling over $1500.00 at Wal-Mart, Home Depot and Harbor Freight were charged.

As my statement date neared I sent messages on the AT&T message center inquiring about when my credit would be posted. First I was told that I was not enrolled in the program. Sent verifying information. Customer service apologized and stated that I was enrolled and stated that the credit would appear on the same statement as the purchase. Sent another message stating that I was ready to pay the statement and asking that the credit be posted. Received a nonsense response: Our records do not indicate that an online payment was successfully completed. Please try again.

At this point I started phoning and was told to call back in 48 hours, was then told to wait till next statement. Waited till next statement, called and was told by service rep that her supervisor stated that I would not receive the credit. She state that Target and JC Penny were department or discount stores but Wal-Mart, Home Depot and Harbor Freight were not. I closed this account and would advise anyone to not consider doing business with AT&T Universal or Citibank.

They Call almost daily. I hang up on them when I hear who it is but they call back the next day. The last # was [protected].

This call comes from the Citibank new card accounts department. These people have called me almost daily, at 2-3 hour intervals, never leaving a message identifying who they are. They stay on the line long enough for the answering machine to make its statement and hang up 2-3 seconds afterward causing my machine to register a message. If they are going to stay on the line that long, identify their purpose in calling and maybe I might consider calling them back. All of my card accounts are in excellent standing, so I know this isn't a collection related call.

Main purpose of my posting this complaint is that no one has posted anything concerning this number so now there is some reference for others curious about who is on the other end of this number.

I have taken a personal loan of 2.5lakh from citi bank almost one and half years and paying all emis, I am...

These are several numbers [protected], [protected], [protected], [protected], [protected]) I have received calls from Citicard as a result of a billing dispute. I have downloaded a program from Traysoft called Phone Tray Free which uses my computer modem to automatically hang up on these harassing calls after one ring. If you have a voice modem you call also have it play one of several messages available. The one I use emulates a disconnected phone. The program also logs date, time, and calling number of all calls. I offer this to allow others to fight back to these harassment practices. I also report each call to the do not call site.

the worst credit card company i've ever dealt with!

Okay, I had a Citibank Credit Card a couple years ago. I was behind on all of my credit cards at one time. I came into some money and called all my credit cards and wanted the payoffs for them.

All my credit cards sent me statement and I sent them the payment in...no problem...BUT CITIBANK. I sent them the payment with the statement they sent me, but about 6 months later they sent me a statement that I owed them $500. I called them to see if maybe something got messed up with my payment. The RUDE rep stated that I had agreed to a payoff with the representative, I spoke to over 6 months ago. I stated, NO, I just asked for a payoff statement be mailed to me. The RUDE rep that I spoke to this time, was not helpful and did not want to help me at all. I asked the rep to send me a copy of my statement that I mailed with my check and they said FLAT OUT NO!! I asked to speak to a supervisor and that person was even ruder than the other. Basically, they will not send me a copy of the statement that I mailed with my payment to prove the total amount in the payoff. Unfortunately I didn't make a copy of my statement, but I made a copy of my check...dumb on my part. Now over the years Citibank has sent the bill to a collector and has kept increasing the amount of the money due, apparently adding interest. It's about over $3000.00 now. WOW!!! I never created an account online with my credit card, so I can't go online to get a copy of my statement either. I even worked with one of the collectors to see if she can work with Citibank to resolve this issue, but they won't work with her either. No statement will be mailed to anyone to prove the amount on the statement. I have written letters to the company and the President with no responses. The worst credit card company I've ever dealt with.

I regret to inform you that your department is charging interest, Late Payment fee, and the Service charge...

Citibank
1
%
Doing nothing would be this company's favorite pastime, if they had the energy for it.