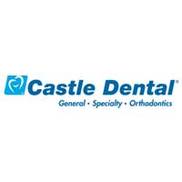 Having problems with Castle Dental?

Beware this crooked dental place. I would give zero stars if I could. I called them due to a pain in a tooth...

We went in to have 4 wisdom teeth removed and an additional tooth removed, we had gotten sent to thi...

Yes I had an account that had a remaining four hundred and something dollars on it for future appointments. I received a letter about a month ago saying that the amount left in my account was going to the state unless I signed and filled out the paperwork and mailed that I did all of that and I have not heard a word from anyone and I need to know what I need to do now because it's over $400 and I could use that.

I went this office on July 3 2019 to receive service. The dentist said I needed a lot of work, they came back...

I have received less than acceptable services from Castle Dental in Houston, TX. It is always hard to make an...

I went to castle dental to see about getting a tooth filled.they charged me 70.00 dollars that trip and gave...

I have had a terrible experience at Castle Dental -Nashville. One June 12 I had an appointment to have two...

refund/work done I did not authorize

I went to the Castle Dental on Kirby Drive a few years ago. They did a workup on me and told me what needed to be done. I was to get an implant and some other stuff. One of the things I was to receive was a deep cleaning. Oh yeah I paid for everything up front. Bad decision. They informed me they couldn't do the deep cleaning and I would receive a refund, I'm thinking that portion was like 400. So I'm continuing to make my appointments. On one appointment I asked about my refund. I was then told they performed something, that was not apart of my original treatment plan, and I was not told about it prior to them doing it. So instead of refunding my money, they did some other stuff to keep my money. Even still they owe me money. They keep sending me letters saying they need to contact me to refund money. I've contacted them three times with my current address. Now they letters they are sending are addressed to my current address so what's the problem. I've decided small claims court is the way to go with them.

We had 3 of our children's teeth cleaned (and X-rays). The Cypress, TX office was not able to fix the cavities and referred us out. I requested copy's of the xrays, which was promised by two different people and no one delivered after 24 (and release forms were filled out and delivered). Kids are getting another set of xrays.

I will be taking my family of five elsewhere and writing a review on Yelp and the like.

This office only has one hygienist.

Zira was very unprofessional. She was rude to me. Told me that there was no corporate office number. Zira the number is [protected]. I spoke with them. And they were so nice compared to you. I had a billing question she blamed it all on my insurance. I called my insurance and they said she was wrong. Long story short the corporate office handle my situation accordingly. The right way.

I scheduled a cleaning six months ago for today (6/3/19) at 8am. When I walked into the Buda location the lights in the waiting area were off. The Office Manager asked if I had an appointment, I told her that I had an 8am and she questioned me "Are you sure? Because the doctor won't be in until 9." I told her I had my email confirmation and she told me to have a seat and they would be with me shortly... the next time she spoke to me was 35 minutes later when she asked me to follow her to the back. Mean while another patient walked in who had an 830 appointment. Why do you have your hours of operations set at 7am if you won't have a doctor in until 9am? Why would you schedule patients when a doctor won't be there?

The Office Manager sat me in a room, prepped the area and then asked "Are you off today?" At this point I'm already frustrated because I've waited so long and her question made me feel like she was validating how long I had been there. 25 minutes later the doctor shows up and states that there was terrible traffic (the highway had been shut down this morning due to an accident) says he will be right with me. He checks in with the hygienist and the office manager and explains to them that he doesn't have all his things, he is waiting for some one to bring them to him.

No one comes back to the room to apologize for the wait, to see if I would like to reschedule. I left, told the Office manager I had to go and again no apologies, didn't ask if I wanted to come at a later time. No regard for my time or the inconvenience.

I understand schedule mix ups happen, unforeseen instances such as the accident on the highway happen but what ever happend to customer service? It wouldn't have cost any of them anything to recognize their error &/or apologize.

I will not return to Castle Dental ever again.

I had cleaning service appointment at 11am on Saturday 04/06/2019. The appointment was initially scheduled...

I took my daughter to her appt everything going well but when we get ready to go to the back we all get up...

On 7.18.17 I took my daughter to her appointment. She had questions about which teeth she wanted to get...

Went there in March 2015. Need lots of dental work. Opted to have parcials upper and lower. Was molded to...

The castle denta on northwest frwy and surrounding areas are con artist they will take your moneey fail to...

I was a new patient and didn't get a conformation call so i called the morning of my 2:oo appt. and...

DENTAL CUSTOMERS BEWARE!!! I have HMO dental coverage and this was the office close to my home that I picked...

Castle Dental has had numerous complaints against them which has come to light, using same disposable...

Castle Dental
20
%
Not bad, but could've been way better. This company does respond, but not as often as you'd expect them to.