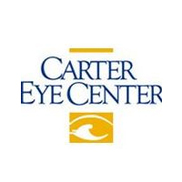 Having problems with Carter Eye Center?

My wife and I had joint appointments at Carter Eye Center in Dallas.
We went through the exams together, saw the same staff and did the same test. At the end we saw the same Doctor.
Shortly after we were there we got a !00.00 dollar bill for my wife's exam.
I immediately called the office to see why we had a balance. After a brief hold on the phone the lady told me that they had only filed for Medicare and not her supplement insurance. They had done both for my exam. She said it was their mistake and they would immediately file.
Now several months later, and no bills from Carter, we receive a collection letter from Southwest Recovery Services saying our account has been turned over to them for collection.
We have not followed up with any treatment anywhere but when we do it will not be at Carter Eye Center.
It is not a well run eye factory.

Carter Eye Center gave me an appointment and then took 2+ hours to see us. I'm very upset and unhappy by...

I had nearsightness -6.25 & -6.0, before my 2 Lasik surgeries at Harvey Carter Eye Center. My right eye after the surgery became -.75 astigmatism. As years go by, my nearsightness comes back, now -.1 & -.75+1.25 astigmatism. I went back to Dr. Harvey Carter but because of the Lasik, my eyes become so flat that none of the contact lens will fit me. I am so remorsed and upset. I have to wear glasses everyday now and no more contact lens. Whenever friends want to do it, I will strongly tell them not to go to Dr. Harvey Carter. Should I knew that the nearsightness will come back, I would have never done it.

I recently made the mistake of choosing Carter Eye Center as the place to get my annual eye exam. They are...

I had my LASIK done by Dr. Carter 2 years ago and couldn't be happier!! He and his staff were professional, worked with me money wise and have been very helpful ever since. I would DEFINITELY recommend Dr. Carter to anyone interested in Laser correction.. AND Dr. Carter does NOT have an F rating, so obviously the previous posts were lying...

Dr Carter is not worth going to

About 1 hour after Dr Harvey Carter performed Lasik surgery on me, I couldn't even open my eyes and they were tearing profusely. I kept trying over and over again to sleep it off, but I kept waking up because of the pain. After the first 30 days, my eyesight started getting worse. It still wasn't as bad as it started out as ( I had -4.75 prescription prior and it was now -.75). It wasn't so bad that I needed a legal prescription to drive, but I couldn't really see in dim or dark areas. If I drive at night I really need the contacts. During the day, I just can't see street signs until it's too late. I don't recommend going to Dr Carter for an operation, his employees are very rude and his skills need improvement.

Carter Eye Center has a BBB rating of F Dr Harvey Carter false advertising again. This guy never learns. He has already been fined by the state of texas and is still at it. Just google Carter Eye Center Complaints It is no wonder he has an F from the BBB

Dallas, TX, October 7, 2009 -- Is it possible to get Lasik eye surgery for free? That’s what Carter Eye Center was offering recently in radio commercials. The ads claimed the center was conducting a clinical study and offered participants Lasik in one eye for free. Study participants were required to pay for Lasik in one eye in order to receive Lasik in the other eye for free.

At the same time, Carter Eye Center has been advertising "buy one, get one free" Lasik separately from the study offer.

Carter Eye Center, 5315 N. Central Expwy., Dallas, now says the study is completed, but continues to advertise the separate “buy one, get one free” offer.

In response to BBB requests, Carter Eye Center has not provided basic information about the advertised study or the continuous “buy one, get one free” offer.

As part of its local advertising review program, the BBB serving Dallas and Northeast Texas wrote to Carter Eye Center on August 12, 2009, asking about the “free” offer. The BBB was seeking information to show that a study was actually being conducted, and that the “free” offer was truthful.

Carter Eye Center replied on August 19, 2009, that the study was “designed to evaluate certain parameters regarding Laser Vision correction … The study involved the patient paying for the first eye surgery with the second eye surgery being performed at no charge or free for the patient.” Carter Eye Center also advised that the study was concluded.

"One of the BBB’s basic principles of truth in advertising is that advertisers should be prepared to substantiate any claims or offers and, on request, provide that substantiation to the advertising medium or the BBB, " said Jeannette Kopko, BBB Dallas spokesperson. "Because Carter Eye Center’s reply did not provide dates or other details of the study, the BBB followed up."

The BBB also asked whether the advertisement was approved by an Institutional Review Board (IRB) prior to public dissemination, as called for in U.S. Food and Drug Administration (FDA) guidelines.

Ads for the separate, continuous “buy one, get one free” offer appear on the center’s Web site, stating: “Buy One Get One FREE. IntraLASIK with the latest iFS Technology.” Details state that this is a limited time offer.

The BBB Code of Advertising states that, “in an offer of ‘free’ merchandise or service that is conditional on a purchase, the ‘free’ offer must be temporary; otherwise, it would become a continuous combination offer, no part of which is free.”

In the August 31 request, the BBB also asked how the study offer was any different from the continuous “buy one, get one free” offer. There’s been no further reply from Carter Eye Center to these questions.

Carter Eye Center has a BBB rating of F, on a scale from A+ to F. The reasons for the F rating include:
• Advertising issue found by BBB.
• BBB does not have sufficient background information on this business.

During the BBB’s 3-year reporting period, Carter Eye Center has been the subject of 5 customer complaints

John Atrium Malpractice Carter Eye Center Informative There was a time when you could trust what a...

Dr. Harvey L. Carter Carter Eye Center Runied my Eyes. I had LASIK eye surgery at Dr. Harvey L. Carter Carter Eye Center a year and a half ago. Since then I have had a lot of problems, including constantly and burning dry eyes, halos, star bursts, bad to almost no night vision, etc. It has significantly changed my life for the worse. I'm getting very depressed, angry, taking days off just to lie in bed all day. It has ruined my life to the point that I just want to quit work and give up.

When I first went to the Carter Carter Eye Center they told me what a high technology they had and later I found all the things they said including what the cost would be was not true at all. I have started seeing another lasik doctor and he is going to fix the damage done by Dr. Harvey Carter.

Thanks,
Angry After Bad Surgery.

When you hear the name Carter Eye Center, - RUN!

Carter Eye Center www.cartereyecenter.com This company is full of bull*** They make all these grandio...

Carter Eye Center
0
%
Doing nothing would be this company's favorite pastime, if they had the energy for it.