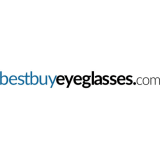 Having problems with Best Buy Eyeglasses?

BestbuyEyeglasses.com Review This is a scam / fraudulent company, please read all the negative reviews online...

The complaint has been investigated and
resolved to the customer's satisfaction
Resolved Bestbuyeyeglasses.com — Customer Service; Delivery

I ordered glasses and paid extra for two day delivery. Even giving ample processing time, the glasses did not arrive for over a week, two days after my husband's birthday. We ended up returning the glasses, and it took the company over two weeks to return my money even after I had been told by a customer service agent on the phone that I would have my money within 24-48 hours. When I called back after 72 hours and I still hadn't received my refund, I was told it would be at least another three days due to the weekend. Then, when I asked to speak to a supervisor, I was hung up on. No apologies, no offers of assistance, just rudeness and a dial tone. Never deal with this company.

This is a total sham of an outfit. Like most people when you can save a buck your interest is peaked.

They sell discount eyewear for a reason. The frames look like they came from a dollar store, and the lenses are even worse. I ordered a pair of RayBan frames with progressive lenses, transitions, plastic lenses for safety, and the kicker the SCRATCH PROOF coating. Not a cheap package.

Only using hot water and a eyeglass cleaning cloth has made the lenses look as though I used steel wool on them. The frames look as though the logo should say RayPan denoting a cheap knockoff. I contacted the company and received an email telling me about their return policy. Seems more like a money grab on the 2nd run policy. They would replace the faulty lenses (their fault) at a cost of 50% of the original purchase price. I always like to pay for merchandise twice just to have the opportunity to see if they will get it right the second time. I need to get new lenses in my glasses, but this time I will use common sense and pay a reputable optometrist in my own town to do the job.

I rate them a 1 out of 10 in all categories and highly reccomend not getting duped as I did. I see now on the net that a little research on my part would have showed me this. Ah yes hindsight rears it's ugly head again.

The complaint has been investigated and
resolved to the customer's satisfaction
Resolved Bestbuyeyeglasses.com — Poor Customer Service and Products

DO NOT shop at bestbuyeyeglasses.com Their service is horrible! I got a pair of Ray Bans Aviator 52, which were too small, so I exchanged for 58. The first time they sent me a pair of defective glasses with scratches all over the frames, so I sent them back for a new pair. Unfortunately, second time around was still the same. Scratches still all over the frames, which convinced me they just didn't care about their customers. I haven't contacted them yet about the 2nd exchange, but I so frustrated with them because the representative, Heather, promised and ensured me that she would check carefully and ensure a "new" pair was sent to me. "New" was right, but it was a "new" used pair. I am not even sure if it's worth the time to be on the phone with them anymore. As an fyi, the customer service don't open on weekends and operates short hours, so it takes a lot of patience and time to deal with them. I ordered the original pair since early May and I am still struggling to get a pair of nice Ray Bans with the money that I am paying. The worst part is that I am not even sure if they are real Ray Bans as there were no laser sticker on the len just like the first time when the 2nd replacement arrived. STAY AWAY from them!

The complaint has been investigated and
resolved to the customer's satisfaction
Resolved Bestbuyeyeglasses.com — excessive shipping charges

The complaint has been investigated and
resolved to the customer's satisfaction
Resolved Bestbuyeyeglasses.com — Incorrect Prescription

I ordered a pair of glasses from bestbuyeyeglasses.com two months ago and received a pair that did not work for me. I called twice during the 30-day return period and was told both times that someone would return my call within 24 hours. That, of course, never happened, and the return period went by. I gave up and had the lenses replaced by my optometrist (paying for them a second time), who informed me that not only were they garbage, but they were also the wrong prescription. I just called the customer service line again looking for help and was told again that no one can help me. I was, quite literally, robbed by bestbuyeyeglasses.com.

My glasses work. However, I chose this vendor because they promised them between October 16 and 20. About...

Best Buy Eyeglasses
63
%
This company definitely cares about its customers and responds to overwhelming majority of complaints.