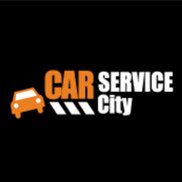 Having problems with Car Service City?

ComplaintsBoard.com is not affiliated, associated, authorized, endorsed by, or in any way officially connected with Car Service City Customer Service. Initial Car Service City complaints should be directed to their team directly. You can find contact details for Car Service City above.

Use this comments board to leave complaints and reviews about Car Service City. Discuss the issues you have had with Car Service City and work with their customer service team to find a resolution.

My corsa lite had a computer box problem.i took it to car city in linmeyer.it took them so long for me to get my car as they were waiting for the box to be coded.6weeks.when the car came bak it was boiling.had difficulties to start the car.When i went back to tell them they said that was another problem not a computer box
Little did i know there was a part they fogort to put it.they said they will look for it.in 2days the car did not have power until i was stuck.The guy who tow me said it was the box.i called them but they were rude to me

Car Service City Horizon View — not happy with their work

I took my Polo there last week for a major service, when I got my car back from them the ABS warning light...

Took my car to them with an engine misfire. After a week I was told that the cause is low compression on a...

I would like to stay anonymous as I know some staff/workers that works for one of the branches to prevent...

Hi, im very irate, dissapointed, my car went for a service to car service city alberton and after I left...

My name is Dorcas Sedumedi. My email address is: [protected]@gmail.com. I am very disappointed by the service...

The A.M. shift attendant at the Shell location in West Bloomfield, MI, at the corner of Orchard Lake Rd. and...

I gave my car to Car Service City on the 26/07/2012 for a service and advised by Chris(manager) that my timing chain needs to be replaced as it was making a noise. I asked for the car back that Friday as I was leaving for Durban. The guys did their best and gave me the car back that Friday. Once I had the car back, I noticed the following: tyres extremely low, oil leaks all over the engine, my front light was not working, the Idle kept on going low and cutting off and most importantly the timing chain still was making the noise although replaced. Gave the car back on the 02/08/2012 and was advised by Chris that we need to change the rollers for the chain and the tensioner. Ordered the parts from Mazda and supplied to them on the 07/08/2012. They took a long time to put all together but once inserting all the parts, Chris confirmed that 2 of the valves was damaged/broken by them. I was NOT impressed but they ordered the part with their cost, once they inserted the 2 x valves, Chris confirmed that they damaged a spark plug and again, they ordered one to replace. After all of this, they put all the parts together and there was a knocking noise from the engine, the chain had stopped that loud noise. After a week of trying to establish the noise, they came to conclusion that the tensioner I supplied was faulty so I went and replaced at Mazda direct and gave me a replacement part. They inserted and the noise was still there. So the tensioner was not faulty. Then came to another conclusion that they need to insert a thicker oil which again did not take the noise away. They came to another conclusion that the OIL chain and tensioner is faulty and they ordered the parts and replaced, but that noise is still there. I had a fit and asked them to take the car directly to Mazda because it is obvious that they are not capable if solving the problem with assumption after assumption. This has already been 4 weeks that I am not with a car. They took the car to Basil Mazda (Edenvale) on the 07/09/2012. I have been in contact with Basil since then and they advised that they require more diagnosis to be done and there is more hours that is required and waiting for Car Service City to provide feedback. I called Chris to find out and he said that he is going there now to find out but he was already there in the morning and is speaking lies upon lies to me. THIS IS THE SERVICE you get from them. I have to always call them to get feedback and NEVER the other way around until I make a noise. Basil confirmed that there is a wiring problem and that is why the car does not idle to well, this car never had the problem before I gave it to Car Service City. There is a clear indication that these guys are not doing a good job and keeps on making these mistakes and stuffing UP my good car. I NEED HELP PLEASE. I am begging someone out there to assist with this. That is my family car and I cannot even take my 9 month old baby anywhere. I had to cancel my trips to Durban 3 times already. This is the Biggest mistake I made by giving them my car and trying to save cost.

my car was serviced at car service city illovo, brakes that were promised never got done, because a 'mistake was made, electrical wasn't checked, had to beg to get the labor for the brakes not installed to be taken off the bill, the car broke down a day later, after taking it in again and promised it was fixed, the manager took me for a test drive t show it was fixed and it broke down again! after being without my business vehicle for 4 days, finally they manage to fix it

then told me to pay again after a whopping 4600.00 already paid, I took my car, made a comoaint with head office, finally the owner Grant got back to me and told me arrogantly that I was like a thief stealing a loaf of bread from pick n pay, after requesting feedback to my compliant, the 'feedback I received was a legal letter of demand!

never once has anybody from head office apologised or even tried to make amends for the shocking service, the only reply was an accusatory arrogant e mail from legal,

this is a company that truly deserves to go out of business, with over 50 complaints this year alone on another complaints forum and also unsatisfied customers at their branch at any time, I'm their life span is limited

i have been to car Service City Modderfontein a Numerous of times to replace what should of been done correctly the first time, there seems to be more wrong with it now than before i took my car in.
my service was not completed as it states oil filter replacement, but DID NOT get replaced now im sitting with water in my oil filter.
i do not appreciate the service at all. had a problem with my car cutting out took it back now it cuts out more than before. my car is overheating and will probably just decide to stop running due to the poor service. Something needs to be done

Car Service City — No integrity and respect for their customers

I sent a complaint to this website on Wednesday, today is Friday and no one has called me instead I am the one who has been phoning. I requested to have a meeting with the owner Grant Brady as I was adviced by the Car Association, Rudi the Sandton Branch Manage does not have his contact details - How can a manager in charge of a branch not have his bosses contact details? I am surely being taken for a ride here.

My name is Vukani Maki, cell no: [protected]. I took my car to Car Service City in September 2009 because it...

Car Service City
23
%
Not bad, but could've been way better. This company does respond, but not as often as you'd expect them to.