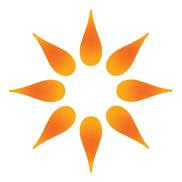 Having problems with California Psychics?

I have read with more than one psychic from this California Psychic. They have some "psychics" that are true to their gift . They are the ones that didn't ask me for my birthday. A representative from California Psychics even invited me to their office in Burbank, California to see what they can to improve their services. I wanted to see what they were about. I went . Their office is located in Burbank adjacent the old NBC studios. It's a telemarketer office with people behind desk with partitions, but with a scenic view of Burbank. No wonder they charge so much. Some of the "psychic readers" would ask you stupid as questions as to what I am calling about... When I said "relationship" they asked me more information. Well if they were psychics, why did I have to give them information. Isn't that why I am paying them money to read for me???? . Little be known to some of these "fake psychics" I am also intuitive and the reading they gave me was so off. I questioned and asked them to clarify on what they supposedly saw... Some of them were to disgustingly rude. I had one psychic yelling at me on the phone (I wondered if she was on drugs) . If I am paying them to read for me, then they need to clarify. Some the psychics were so insistent that they were correct in their readings. I wanted to the tell them, no human being is 100% correct in their predictions. I only know of 1 who's is 100% and that is GOD. Unless they proclaim they are GOD, their prediction is 60% accurate. So they need to stop acting as if they are GOD. If they truly had a gift of psychic vision, they need understand they are using a God given gift and any misleading of their gift does not honor themselves or God. I made a complaint to their company. Apparently the person who read my complaint didn't understand what I wrote, and "apologized for their inaccurate psychic predictions". I complained about the rudeness of their psychics. I also told them that the psychics that are not companied owned are more accurate and cheaper than the ones from California Psychics. Do I want them to refund me? NO.. What I want to let the public that they are not what they seem to be. Some 50% of the readers are so Unprofessional. California Psychics need to get rid of those who are not professional and sympathetic... They will bring your company down. The public should try Meet Your Psychic. They are more professional there.

I've been using their site for the past few years. I've found many of their readers to be accurate as far as telling me what is happening behind the scenes in the present, and that can be helpful information. I also found some readers who were good life coaches, which can also be helpful. Overall though, I would have to give them mixed reviews at best. Yes, their readers can give good advice, as noted above, but all too often their future predictions just didn't happen, and the ones that did weren't anything spectacular. They were the, "You should hear from him by next Tuesday, " or, "Yes, I think he'll come to your dinner party, " type of predictions. Sadly, it was the predictions that mattered most that never manifested. When I first started reading with them, several readers all told me that I would be reunited with a former lover, and it would work out this time. Didn't happen, as I met someone else instead. Interestingly enough, no one saw him coming. Then, once I started seeing the new guy, I was told, again by everyone I read with, that he would marry me. Didn't happen. In fact, he totally blindsided me and dumped me without warning. None of the psychics I read with saw that coming either, and when it did, they all told me he'd be back. He did return for a short time, but it still didn't work out. The second time around I was the one who ended it. Now I'm attracted to someone else, but he's giving me mixed signals. For the past year all I've heard from everyone I read with is, "Give him time. It'll happen and you two will be together. He's just working through some issues." Yes, he really has been working through some issues, but now that a year has passed, I'm all of a sudden hearing from everyone, as if on cue, "He'll still come around, but there's this other man coming who I think will be a much better match for you." So I'm asking questions, such as, "Can you tell me more about him?" Or, "Where will I meet him?" Fair questions, but so far no one has been able to answer them. They're all just abruptly changing their tunes and telling me a new man is coming, but here's the caveat--he'll only show up if I let go of the one I'm attracted to right now. Oh, but if I want stay with the one I like now, he'll still come around. I'll end by saying that the one I'm attracted to now has become a very good friend, and sometimes the best relationships are the ones that start out slowly, and begin as friends.

Californiapsychics.com — waste of money and got nothing new at all

The complaint has been investigated and
resolved to the customer's satisfaction
Resolved California Psychics — total scam... stole 1800.00 from my daughters college account

My 19 year old daughter was going thru a terrible break up. She desperately turned to the Psychics to see...

I am new to California Psychics, I have talk to Dawn (not Anya Dawn) twice now, she was very right on about...

Grief, depression and a profound sense of loss got the better of my logic about 1.5 yrs ago. I started...

The complaint has been investigated and
resolved to the customer's satisfaction
Resolved California Psychics Beware!! — bad service

Do not go to california psychics or buy anything from them! If they are saying their products and services is perfect and accurate and if you feel that what they are saying is to good to be true than that is probably right!!! Do not I mean do not go to these false, fake, frauds, they only do and say what they want and not what is true!!! They are just a bunch balognies!!! And if your readings with them you feel are not to your satisfaction than you are probably right!!! They are a bunch of fakes just making a quick buck and will do what ever to get it even if it is not true!!! Do not go to these #!!! Better to follow your own judgement first!!!

I called California psychics in a time of tue desperation, reading there testimonials and studying who can...

I received an offer for 5 free minutes which lead to 40 minutes i was not connecting with the psychic i wa...

This company hires people claiming to be "psychics", "mediums", "channelers", etc. Their primary goal is to...

California Psychics
19
%
Not bad, but could've been way better. This company does respond, but not as often as you'd expect them to.