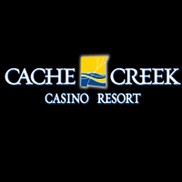 Hi. I would like to see if anyone else have had been harassed by the head of security at Cache Creek. Hi...

cache creek casino says my old $25 chip is no good, not valid

I felt harassed, intimidated and humiliated

On June 13, 2006 at around 8 PM, I hit the 5 cents progressive jackpot slot machine accumulated over 233 thousand credits and then I cash-out right away. I went straight to my car, get the cell phone and just about to call my wife to share the excitement that I won a jackpot. I was surprised when I saw the printed ticket amount of $21.75 only. I realized I was short change. So, I rushed back inside the casino and immediately call one of the slot machine attendants and we went directly towards the machine where I cash-out the ticket. Sure enough the machine was flashing 435 credits that were paid-out only and equivalent the amount of the ticket I had cash-out (435 x 5 cents = $21.75). And suddenly, a slot machine supervisor showed-up and introduced himself, as Joe pulled me away from the slot machine and he had me sat-down at the blackjack area nearby the cashier and began asking question about the time I hit the jackpot and what really happened? I responded without hesitation about the printed ticket I cash-out, with the amount of $21.75, from the slot machine was way off the total amount I supposed to receive, and therefore I was claiming to collect the uncollected balance approximately $1165.00. Moreover, He asked me, to show the printed ticket of the amount of $21.75. I searched entirely inside my pockets and I could not find it. But I thought I might have left the ticket inside my car, I then asked Joe a permission for me to go to get it in the car. He refused and accused me of false claim instead. Shortly, there were two-security officer came and acted very rude and disrespectful. One of them threatened to put me in jail in his loud intimidating voice. And then two security guard came and stands behind me. And the other security officer asked the same questioned over and over why I was false claiming. I repeatedly responded “no, I am not false claiming “, and that my business was to collect the rest of my money only. Few hours gone by when the security officer came with a form and started to ask information while filling up the form and advise me to call the number listed there and handed the pen to sign the form. And then I got escorted out the building, and even I was followed with the same security personnel at the gas station nearby, and warned me to leave the premises at once and get my gas outside territory.

For over two hours I felt harassed, intimidated and humiliated. I was confused, disgusted, disappointed and frustrated. All I wanted to do was to get out over there. In my lifetime, as a client, I have never felt so terrified and never experienced this kind of bad treatment and practiced from a company. It’s a nightmare.

The next morning, I called Cache Creek Casino to get detailed information about the yellow form. I was intensely surprised when Mike, security department, advise that I was cited or charge of false claim and that I was not allowed to enter or even being nearby the casino until further notice or clearance. And also he mentioned to wait for 90 days before I can do anything. This is unbelievable.

Filing this complaint could have been avoided and even prevented: Only if Joe, the slot machine attendant, has taken a little extra precaution and having the thought of giving the benefit of the doubt.

At first, he wanted me to provide and show the printed ticket of the amount of $21.75 as proof which supports and justify my claim to collect the balance of approximately $1,165.00.

The proof that Joe wanted me to provide and show, the printed ticket was inside my car at the parking lot. But when I requested a permission to get the proof in the car, He denied and accused me of false claim instead.

Many efforts and attempts I have done so to collect the balance of the money I am entitled. As of today, still in pursuit and even searching other legal ways to collect the rest of my money.

Cache Creek Casino Resort
0
%
Doing nothing would be this company's favorite pastime, if they had the energy for it.