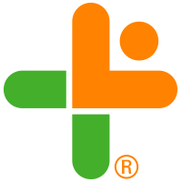 ComplaintsBoard.com is not affiliated, associated, authorized, endorsed by, or in any way officially connected with BatteriesPlus.

Batteries Plus Bulbs — their customer service is terrible

The battery has an internal short, I am a mechanic so I know. Took it in to the temple texas store. When I...

The complaint has been investigated and
resolved to the customer's satisfaction
Resolved Batteries Plus.co.uk — non receipt of order

Appalling company - do not deal with. Only wish I had discovered these reviews prior to placing an order. Numerous attempts to contact seller - all negative. Does not answer telephone number [protected] & [protected] is constantly engaged.
Order placed on 11/09/2014 - payment made via Paypal, but no communication received at all from Batteries Plus. Sent several emails - no response received. I requested a full refund of all monies paid.
Recorded dispute via Paypal and suddenly within minutes a refund was (hopefully) received! Seller claimed they had not received any order - unbelievable, why would a payment suddenly have been made to them without any accompanying order! What a right shower - will be spreading the word far and wide about this disreputable company and reporting them to their local Trading Standards office. Despite being recently bereaved (loss of my husband who always dealt with all things battery related), this rogue trader picked on the wrong person when they upset me. Absolutely shameful!

Batteries Plus, Store 260, Shawnee Kansas, does not honor their automobile battery warranty; but were able to...

Being insulted and degraded by the manager of the Roseburg OR batteries plus must be one of my favorite...

My 12 yr old son purchased a 12v Welker Battery for his pocket bike with his cash. He brought it home and used it for a couple of days before it died, way earlier than it should have. Tried to charge it but it would not take a charge. We took it back to batteries plus where it was purchased. The clerk informed us that it was indeed bad, but since my son purchased this with cash and did not have a receipt, the would not replace it. This is a battery that is unique so they knew it was from them and in near perfect condition.

I suggest people do business with companies that do the right thing when they sell a bad product.

I went to the Orlando store on Orange Blossom Trail to buy a watch battery. I was told that I could buy a...

Bought a battery from Battery Plus with a three year warranty. Since this is a convertible, I opted for the...

First off, lets get this out into the open. Batteries plus batteries, despite their explicit denial, are...

We bought a battery for a cell phone and it went dead faster that the 4 year one we already had. NEVER buy from them!

Moral of story: neither dell nor hp battery fit in the computers and battteries plus employees blamed the...

My experience with batteries Plus started when I called the store to see if they had a replacement battery...

GolfLogix GPS-8 unit quit working. Contacted their support by email, they wanted it sent in to diagnois. Got RMA on the 17th of Nov. and sent it in by UPS on Nov. 18. I inquired again on Dec. 9th because I had heard nothing for 3 weeks, they answered back on Dec. 11th and said it was forwarded to a manager and they were going to check into it. I inquired yet again on Dec. 18th saying I would just like to know one way or another if it could be fixed. No answer so I sent complaints to all department I could find listed in the Garmin Company and I got back so CYA excuses and finally an email saying it couldn't be repaired. It took 34 days to determine that it could not be fixed and that was only after extreme pressure was applied! Not a bad product but terrible customer service.

Never ever ever, buy anything from batteries plus.. They are quick to take your money, but do not deliver your items. The phone number is not in use and they do not reply to emails or letters. Basically, they just steal your money. I cannot believe this is actually possible but there you go.

Other people seem to have the same problem, I will now try and make a formal complaint and i'm trying to get my money back. Batteries plus just take your money and never even bother to get back to you. You are warned, avoid this company like the plague.

I bought 4 separate 6 volt golf cart batteries from Batteries Plus in Tucson (Wilmot Location). I have them tied in series in a 24 volt configuration for a special solar application. I regularly check the status of my batteries and make sure they are always charged and maintained properly. One of the four batteries began to have a diminished capacity. When the other batteries where at 6.2 volts this one battery was at 5.8 volts. There is no reason for a battery in series with other batteries to be unbalanced unless it is bad.

I took the 1 year old defective battery back to the store where I purchased it and they said they would have to fully charge it before they could test it and I would have to leave the battery overnight. I called the next day and they said the battery was fine and I could pick it up. They had charged it for over 10 hours with a 40 amp charger. When I picked it up I asked them what the battery voltage was and they said "6.5 Volts". I thought that was pretty good and I was pleasantly surprised they were able to get it charged. A fully charged 6 volt deep cycle battery should read about 6.35 volts fully charged and almost 7 volts if it just came off the charger. After I put the battery in my car, I tested it with my own volt meter and it was only at 6.1 volts. I went back inside and told them that it was only 6.1 Volts.. They said "well it passed the load test so its fine". The problem is that a load test is not the same as a capacity test. Also they refused to do a hydrometer test because they said it would be inaccurate because I added distilled water to the battery, which may be true, but that doesn't mean that the hygrometer test should read dead.

I attempted to prove my point and explain that the load test is not the same as a capacity test, and they refuse to understand what I am saying. In fact, they kept saying things like

"whatever.. I guess you know something about batteries that we don't".

"here you go, you battery is charged and ready, you can come pick it up any time".

"its over 6 volts so its charged"

"Whats the difference between a load test and a capacity test!? There is no difference".

The entire experience was dreadful. All they did was talk to me like I was stupid and treat me like I didn't know what I was talking about, but in fact, they didn't know what they were talking about... Either that, or they didn't want to warranty the battery. Now, I've made several trips to the store (40 miles round trip each time) and walked away angry each time. They are rude, a-holes and scammers. I still have yet to know if they will warranty my battery, but even if they do I will never buy from them again... not because of the defective battery (that is expected to happen occasionally with batteries), but because of their lack of knowledge and rudeness towards me.

I know all of this might be a little too technical for a lot of people to grasp the profoundness of their errors, but please believe me... Me and my fellow engineers just laugh and cringe when we talk about this. Batteries plus Tucson location on Wilmot is STUPID.

Purchased Battery for riding mower in late January 2008 which supposedly carried a 3 year warranty. I wa...

BatteriesPlus
15
%
There is some slight activity coming from this company when it comes down to resolving complaints, but so far it's neither timely, nor relevant.