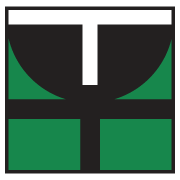 Having problems with Bank Of Africa Foundation / BOA Group?

When will the government take on this monster. I didn't even open an account with them, they got it through default by eating up all their competition. The way they manage to shake me down for literally hundreds of dollars in overdraft fees would be called loan sharking if any person was doing it. They intentionally make the situation as bad as possible by putting though only the largest drafts... First. So as to overdraw an account that would have withstood the smaller items, but for them actively preventing that from happening. They refuse to provide me with overdraft protection, yet since they do pay all the items, apparently they do have faith they will be repaid. I was unable to recover money taken on the wrong date resulting in huge overdraft fees.

If anyone else charged two 35.00 fees for essentially a loan of less than 20.00 it would be called loan sharking. A rose by any other name. These practices should already be seen as illegal, for that reason. They are simply too big for the watered down banking regulators to manage and their is no interest in protecting vulnerable americans from the biggest predator around, boa!

Bank Of Africa Foundation / BOA Group
0
%
Doing nothing would be this company's favorite pastime, if they had the energy for it.