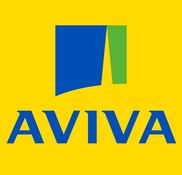 Having problems with Aviva?

Aviva reviews first appeared on Complaints Board on Feb 6, 2007. The latest review deductible not authorized was posted on Jul 19, 2019. The latest complaint non payment of my canceled term plan was resolved on Aug 27, 2013. Aviva has an average consumer rating of 2 stars from 31 reviews. Aviva has resolved 10 complaints.

DEAR SIR,
AT THE TIME OF INVESTMENTS,
AVIVA NEVER CLEARS OUT THE PROPER WAY OF GUIDENCE.
I HAD INVESTED RS .12000/- FOR THREE YEARS AND NOW WHEN
I DEMANDED THE ACTUAL STATUS OF MY INVESTMENTS,
I AM GETTING THE INVESTMENT AMOUNT OF TWO YEARS AND
THIRD YEAR AMOUNT IS DISAPPEARED. SO CAN YOUR EXECUTIVE
EXPLAIN ME FOR THE SAME. BECAUSE TOUR AGENT IS ONLY INTRESTED IN INTIAL INVESTMENTS AND NOT EVEN IN TOUCH FOR PROPER FOLLOW UP. MY FOLIO NO. NSG 1442143/42. AT THE TIME OF RENEWAL IT WAS SAID THAT YOUR POLICY IS TERMINATED. SO DO THE NEED FULL IMMEDIATELY TO AVOID ANY
INCONVIENENCES

Phoned Aviva, formally Norwich Union, for a maturity value and was given a figure well in excess of what was owed on my mortgage. Out of the blue after the mortgage ended received a letter from lender stating I had underpaid in excess of £3000 on my mortgage. Phoned aviva and spoke to several people over the phone all of them agreed they had never seen a case in such a mess but despite assurances that they would phone me back to update me on the position they have failed to do so. The lender is now attempting to pursue interest on amount unpaid and have put penalties onto my account. Aviva have happily taken my money for 25 years and when it comes to paying up they mess up big style. Stay clear of this company

I WANTS LIFE INSURANCE FROM AVIVA LIFE INSURANCE aND BIKRAMJIT SINGH aND mR DHEERAJ WAS CAME AT MY PLACE AND COMMUNICATE ME ABOU PRODUCT I WANT 10000 INVESTMENT PER ANNUM BUT THEY ACTIVATE MY POLISY OF 20000 THOUSAND ..sECOND THEY FILL WRONG CUSTOMER ..eXACT NAME IS RAMAN KAUSHIK INSTEAD OF RAMAN KUMAR KUSHIK...aFTER RECEVING OF POLICY I HAVE VISITED IN LOCAL OFFICE (RANJIT AVENUE AMRITSAR) AND SUBMIT MY LETTER FOR POLICY WITHDRAWAL AND REFUND OF GIVEN 5000 IN INITIALY .. WITHIN 15 DAYS OF RECEVING MY POLICE AS PER IRDA RULES..bUT THEY TRY TO RUMBLING ME AND RECEIVE MY LETTER AND AFTER 10 DAYS I HAVE RECEIVED A LETTER FROM COMPANY THAT I WILL NOT RECEIVE MY DEPOSITED 5000 AMOUNT AS I HAVE SUMIT MY LETTER AFTER 15 DAYS...i HAVE VISITED THRICE IN OFFICE BUT NOBODY HANDLE ME IN A GENTLEWAY...EVERYTIME THEY TRY TO CONFUSE AND MOVE IN PROCESSES...TILL TIME I HAVE NOT RECEIVED MY DEPOSITED AMOUNT RS5000 ..tHIS TYPE OF SERVICES WILL NOT COMPELL ME TO GIVE ANY REFRENCE OF THIS COMPANY AND MORE OVER I HAVE TO GO IN LEGAL IF NOT RECEIVED MY MONEY BACK...IF ANY CLEARITY PLZ FEEL FREE TO CALL ME...

Aviva sent me a life insurance claim form as my aunt had passed on. Policy 825716n01. Unfortunately, this aunt is through a former marriage with an extremely ugly divorce. Initially, they were just waiting on the death certificate, which my ex-wife was sure to provide as she was also a beneficiary on the policy.
After a couple of months of follow up calls to Aviva to see if they had all that they needed - they then informed me that I was not a beneficiary and that it had been an error.
This comes after months of my ex-wife attempting to remove me from the policy - first telling them I was dead - and then certainly performing some type of insurance fraud to get me removed.
I am contacting the Insurance commissioner today - and will let them investigate the fraudulent behavior further.

I have a Life Insurance Policy with Aviva.
My second year premium is due on December 14th'07

Today is 4th December'07.
I had been calling their Customer Service cell for a good number of days and registered for the Check Pick up service, no one called or came.
I called and registered for three times and still no one called or came.
I had to personally go to a branch and give it.
Some guy calls up after 3 weeks and asks whethr we have already dropped it in the Box or do they need to come to pick it up.
When I asked them the reason for taking more than 2 weeks to call, they were rude and said they was no one at home and I never picked up phone both of which are absolute lies.
My whole family as at home all the time.
This is the first and last time I am investing in Aviva and would advise all not to take any of their policies. The Customer Service is despicable and tehy have no manners.
Are any of the Aviva Bosses listening? Please do something about your employees/services.

I am having AVIVA Life Insurance, I have selected mainly for tax saving purpose, I have paid 30000 Rs. for 3 years.

AVIVA says that you dont get the amount, what you have invested but you will get only SURRENDERED AMOUNT that is 12000 Rs. against the investment of 30000 Rs. only.

I request everyone to check their SURRENDERED AMOUNT and not the one that you expect as per the AVIVA's NAV.

Have a nice day ahead!!!

I brought a unit linked life insurance policy from Aviva with a 2 year lockin period before i could redeem it, after 2 years & have paid the premiums when i wanted to redeem my policy, they told me that they would deduct over 40% from the fund value which pushed my principal into negative. i have asked them to explain the nature of these deductions, but they have not replied to any of my 3 requests.

I tooke a policy of aviva life insurance and the policy number is wlg1596642 in quarterly mode before three...

I have a one year old life long policy from Aviva (the policy LLG1237007). I have applied for ECS three times. But it is not activated yet. Everytime the agent requests to pay the premium by cheque and asks me to fill a form so that ECS can be activated. And again as soon as the premium payment date approaches, he repeats the same process. He blames his manager for ECS not getting activated. I never expected such an irresponsible service from a reputed insurance company.

I have been paying in to my Pension fund since I opted to buy-out of my National Health Superannuation contributions from 1975 till 1986.

My Insurance broker payed in my superannuation payout direct to Guardian Royal Pension Fund then in 1993 my Brocker contacted me telling me that Norwich Union had a good deal, but since have been bought out buy Avaia Insurance, so the cheque was once again sent direvct to them, after closing my Guardian Royal account via my Nation Insurance number.

I'm now 62 and I lost all the paper work for my pension, so could not find them so I had to contact National Health Pensions via my National Insurance number.

I have now found my pension via thr above, to which is with Norwich Union and they have now come back after signing for it to be paid in to my account, including the tax free lump sum, after nothing happening and no retuning in answering my constant emails, I then received a strange email saying my case has been sent to Investigations deportment and can they have my phone number, which I gave them to receive an phone call from an Investigator, saying the National Insurance number they have on record is different to the one I submitted plus I could I tell them at the time the address I was at in 1993 and my next of kin, so after the call I emailed this information, but now I can get no answer and so they have frozen my Pension until I Can prove why ithe National Insurance Number they have is different I said I have no idea must be an administration error.

I have now been writing telling them the address I was at the time and the next of kin, things I could not remember at the time of the phone call, but still a deadly silence has now once again come over Norwich Union, and my Pension.

How do I get any sense from them, as they are now referring all my emails to Aviva there Parent Company who are not talking.

What can I do, what would you do?!

I have settled my payment on first week of January 07 itself, but still getting reminders for not making...

Aviva
32
%
Not bad, but could've been way better. This company does respond, but not as often as you'd expect them to.