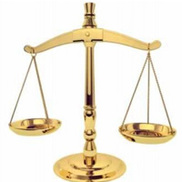 Having problems with Andalman & Flynn P.C.?

I think that Andalman & flynn are the worse law firm ever. I'm going to focus on Daniel Katz who specializes in employment cases. First of all, when I called their office, they asked me some questions and after the questions they told me that I have a potential case. I made an appointment and they told me that they were gonna charge me $300. As soon as I got to their office they told me to pay right away and then I had the meeting with Daniel Katz. I had written my story on two pages, he read the pages with my testimony and probably spent 15 minutes total before he decided that he couldn't help me, it wasn't even an hour of his time. My point is, I'm unemployed and he didn't care that, he took my money away and kicked me out with out any help. Why didn't he tell me he couldn't help me before charging me? I went to see a different lawyer at another firm and she was able to help me! I suggest you spend some time and find a better lawyer than Daniel Katz--he sucks!

This Silver Spring Maryland law firm flat out lies to you. During the initial conversation, which they make you pay $200 BEFORE talking to an attorney, they then low ball you and quote you a very low estimated cost. They don't tell you about the contract that contains another hidden $300 non refundable fee just to get started. Then they gouge you with outrageous costs for everything. Charging me $6 per page to send a fax from their own office?! And most unethical of all, they will then bait and switch you by quoting one low estimate. But then quietly send out a bill for twice that amount. When I called to ask them about it, of course, I could never get anyone on the phone and they never returned my calls. The worse part is the very amateur legal representation that I got. The inexperienced attorney they provided got intimidated by the other attorney and ended making a deal costing me everything. Terrible and unethical firm. I am filing a complaint with the Maryland State Bar and suing them.

Andalman & Flynn P.C.
0
%
Doing nothing would be this company's favorite pastime, if they had the energy for it.