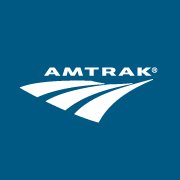 Having problems with Amtrak?

Hello to anyone that cares. First of all this was my first ride on the train going to New York (Manhattan), I truly enjoyed the ride going even though it was 18 hours, no problem at all. From the service all the way to the conductor and his train. my husband and I venture out on the 17th of sept. 2008.

Basically what I am writing about is the trip home was pure-d-heck, there was some young men (boys) on the train using profanity from the time they got on in new york about 2:00 pm until after 12 midnight. Me as a woman and I sure others didn't want to hear All that mess, I politely ask the guys will they please tone it down t was elderly and kids on board and they did for a moment, I guess they thought about it and decided to start back. One guy said the *** with this I can say what want, didn't ask the guys to hush or shut up, I simply ask them to tone the language down as M...F..- S...- F... This and so on. Well as it continue, my husband decided to step in and say something to the guy that was working our train 19 to Atlanta, the guy stated that he will handle it, well as you know he didn't. so another passage decided he will say something to the guys and this man was riding in the back so you know they had to be excessively LOUD. This didn't work either so by this time my husband decide to go get someone else which I believe it was the conductor because he had on a different uniform from the other guy and this particular guy came to finally eject them from our car. Where he put them frankly I didn't care. But this was really ridiculous they way the other guy allowed them to carry on for awhile. as I stated you have kids and elderly/woman-men on the train and they shouldn't be allowed to use that kind of language, you really couldn't get any rest even if you tried. because they wanted to be loud and ignorant. My second pet ped was if you have a lap top or any type of musical item their should be a rule of thumb to use ear plugs, no one wants to hear that crap others are listening to this is rude as ***, if you don't have earplugs you can't use the item. My third pet ped is when you attend the dining car the servers should just assume you want to sit with others, I do know that everyone can't have a table along, but you may have something private you want to talk about with whom ever you are dining with, or may be for one instance while we were there you had to white guys sitting at a table and a black woman came in the pretty much refuse to allow her to sit with them, the server told to the guys "you can't sit here along you have to share this table" as the woman was sitting down she was apologizing about having to sit with them when it wasn't her fault, the server place her there. Going the same thing happen to us doing breakfast, they just place someone with us without asking if we mind, (surely it was ok) but its the principle of the whole thing.they brought the lady to the table and said sit here, I just looked up for a moment at first because I didn't know they was actually telling her to sit with us (we enjoyed her) like I stated everyone don't want to sit or be with others no matter what. Now the question is whether I will take another trip on amtrak SURE I WILL. "Just take care of the language and the no earplugs"

The complaint has been investigated and
resolved to the customer's satisfaction
Resolved Amtrak — bad ride, food, service

The trip South in January had a few problems but the return in early March was a disaster. We ride in the...

Today I had a train ticket for the 8:58 train from Burbank to San Diego. There is no agent at the Burbank station. Someone was hit by a train early in the morning and they could have called or emailed me. They had all the information. Someone was hit by a train in Van Nuys, CA very early that morning and the police kept terminating the service from Burbank and saying train would come in 2 hours but it never did. When I called customer service *4 times) nobody know about the fatality even at 11am in the morning. To top it off, they had the gall to charge me the 10% cancellation free when they are the ones who cancelled my plans to take a train. I am out over $50 in taxi cab fare and had to drive to San Diego and pay for valet parking for 4 days. Amtrak did not have the decency to send a van to Burbarnk to pick up stranded passengers to take them to LA to get trains to their destinations. However, Amtrak did report lies to the TV news and lied stating that they got the passengers new train tickets. Perhaps they got service for the people who were on the train that hit the pedestrian but they did not do anything for the people in Burbank right down the street. I am thoroughly disgusted and will never travel Amtrak for the rest of my life. I will also sue them and won't be happy until they go bankrupt. Nobody in customer service even apologized to me. Their employees refused to give me the name and address of the President of the company. Absolutely horrible experience!

We were involved in an accident a year ago in March in Massachusetts. An Amtrak truck ran a red light and hit the van that we were driving that had prisoners in it. We were all taken to the hospital in ambulances. We have never received any compensation for this accident for are pain and suffering and loss of personal property. I have been in contact with the insurance company several times and I keep getting the same remark we haven't got any paperwork I have sent it three times. I am tired of the run around they think just because they are a big company they can just push us to the side. I feel this is totally wrong.

Amtrak
19
%
Not bad, but could've been way better. This company does respond, but not as often as you'd expect them to.