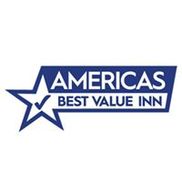 We Went on the website and saw pictures of the hotel that looks very nice and comfortable when we arrived at the hotel went into our room the room looked nothing like the picture on the website very displeased and or stay the bed was hard as a rock in the room smelled will never stay at this hotel again. The chair was very uncomfortable the bedding look like it wasn't even that clean the plugs in that you can use for the walls in on the desk hardly worked I don't know I know I don't know if I want to stay here again it was just very unpleasing nothing like the visit the pictures on the website I was just not happy I was under the understanding there was a bathtub and it was not that was just the shower I hope that whoever stays there annexes happy with it but I wasn't and I went up to see my family‘s ordinationAnd hardly got any sleep I really hope there's some changes done to this hotel

A friend of mine has been denied another night because of my presence.

I have stayed here a numver of times in tge past and last year a friend of mine was told he had to leave...

A weekend filled with Disappointment. My experience with this Property was already "IFie" due to an...

This hotel receive vouchers to house homeless families from a provider named Path. Many of the residents are...

I booked a room for my daughter for a week. When I checked my account was found I was charged more than I was told. Called the motel and was told that the extra charge was for the mirco/fridge in that comes with the room and that if I didn't like that she could leave this happened at the Americas best/worst value in in harrisonville missouri. The person that I talked with was very rude and disrespectful. He wouldn't hardly let me talk. Every time I tried to talk he would talk over me

we had called to make a reservation

When my husband and i called to make a reservation the lady named Debra asked my address. When i gave her a...

Paid for room through booking.com February 3. Checked in Feb 8. Female desk clerk checked us in and we go to...

I've been staying at this hotel since Thursday and she changing the rules as she go every time but...

I rented a room with no sink handle and no refrigerator I couldn't even wash my hands and then because I...

Checked into the room on 01/10/2020 the outside of the builinding looks good and clean. As soon as the door...

I checked in on December 4th because of an eviction happening. I am here with my 9 year old. I have asked if...

They tried hanging me twice and had many mess ups. They claimed my payment never went through when I have...

This is very disturbing and honestly there isn't enough space on here to right it all. But my...

I was delayed on getting in because of traffic and an accident on the highway I had tried to call the hotel...

Your representative of your 620 Fairmount ave, Jamestown NY INN is beyond rude and aggressive. He just...

this hotel is infested with roaches

I rented a Nov 16, 2019 through Expedia. Upon entering the room I turned the heater on and roaches started...

My son who serves in the military, booked one of your rooms for he and his fiance to stay at over the thi...

I am being charged twice for the same reservation and the clerk at the site is very nasty and offers zero...

Sirs, my name is Barbara Chase and my husband and I have stayed at America's best Value Inn in...

Stayed at your hotel on November 4. My name is Ayana Carter. [protected] or c.[protected]@gmail.com. I wa...

I am renting room 406 by the week at this location and the room is infested with roach bugs. I have been to...

On October 13 th, 2019i walked in the America's Best Value Inn in McMinnville TN. I payed for three...

customer service and no refund

I paid for a reservation online for 5 days through hotels.com. I called to see if we could get a early...

Within an hour of checking in I found Astroglide lube, a can of baked beans and a nasty used bottle of lotion...

I'm a bridesmaid in a wedding in Clearlake, SD. I reserved a king room for November 16, 2019 in March of this year.
When I called to confirm my booking today 11/2/19 they had no record. They are also missing 2 other rooms for the wedding party that we know of. The next closest hotel is 40 miles away.
What would you like me to do?
Please call me immediately at [protected] and ask for Jillian VanHoozer

charging my card even though I didn't stay there

I made a reservation online at the hotel in schulenburg Texas on October 17th. And I asked for a non smoking...

they kept my 50 dollar deposit

They were told by the cleaning ladys I had dogs in and out but my wife and I got separate rooms at separate...

no parking for truck - wouldn't refund

I drove from Kansas City to California. Stopped in Flagstaff, AZ for the night. I made a reservation through booking.com, went to the hotel within 10 minutes of making the reservation. When we arrived at the motel, we had to turn into their parking lot. We had my SUV and a 26' truck. There was nowhere to park the truck. My car barely fit into the lot because there were several extended cab pickup trucks in the lot. I went in to speak to the manager, said we would not be able to stay since there was no place to park the truck, and please issue a refund. She refused. She was EXTREMELY rude. Told us to park it on the other side of some building down the road. I asked her how we were supposed to get the truck out of the parking lot. She said "just back it up." We had to stop four lanes of traffic to get the truck backed out of the lot. The place looked like a dump. We did not stay there. We had to find another motel to stay at that would accommodate the truck. I would NEVER recommend America's Best Value Inn. I tried to call a few days later - same response, same rudeness. Horrible customer service.

Went in for a scheduled interview at the Racine Wisconsin location and checked in with the receptionist she...

Friday, October 18, I made a reservation at the hotel for one of my college students. I made the reservation in my name because my company credit card is in my name. Last night he left the hotel to walk across the street to get something to eat. When he returned, the hotel manager blocked him from going to his room. He told him that he needed to show ID. My student showed his key and said that he was a guest in the hotel, but the manager snatched the key and blocked him from entering his room. My student then explained to the manager that all of his personal items were in the room, but again was REFUSED access to the room. I called to ask the manager to allow him back into the room, but was told that I must be physically present. He said tha anytime a guest checks into a room, then the name of each guest must be on the room. I explained that when we checked in, we were together at the front desk, but the lady did not ask for everyone's name. The manager said that it was my job to provide all names and not her place to tell me. Well, I check a lot of students into hotels during our college visits and this is the first time this policy has ever been brought up. I asked the manager if he blocked him from accessing his room because he was a black student. Last night was clear to us, that this hotel discriminated against a young black college student. The manager snatched his key and blocked his access to his room.
The police were notified and they stated that they were not familiar with the policy. The police had to ask the manager to allow us access to the room.
I'm definitely contacting an attorney to file discrimination law suit against the hotel

I am contacting you due to an issue that occurred at the Granada Hills America's best in and suites. I went...

On Oct 4 I checked in at the buda hotel. At. Midnight my children and I noticed ants crawling out from under one of our 2 beds. My daughter was bit and I called the front desk to let them know that bothmy children were allergic to ant bites and that we needed moved. The young gentlemen at the front desk said three were no rooms available and brought us big spray and new sheets.I showed the gentlemen who brought them the ants. In the process of the night no-one was able to sleep due to the ants. At around 10 the next morning we get a call and they Tell us they will move us rooms. By this point my son and daughter have been bit all the way up their legs. When we go to check pout I told the general manager that none had been able to sleep the entire night and my kids had to be on Benadryl the entire weekend which ruined our vacation. He respondedby sagging he could takeoff one 20 charge for the extra person in the room. I said that's it and he seemed to find that more then fair even though I had paid $140 to sleep in a room that we couldn't sleep in. I called the customer service line left a message and heard nothing back.someone please call me back. [protected]

I checked out and they said they would give me a refund they are denying my refund now this is not right I...

This room was booked through AAA with the understanding that a room was needed with a handicap accessible...

We are driving from Wichita, KS area to Cambridge, Maryland for a funeral. We booked this through the hotel...

Americas Best Value Inn
1
%
Doing nothing would be this company's favorite pastime, if they had the energy for it.