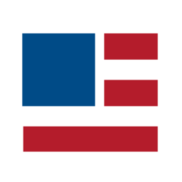 I and my husband went to the Rock Hill, SC store. We had drove all the way from Statesville, NC to Rock Hill, SC. I checked in @ service desk and the receptionist gave me a mean, jealous look. So I sat and waited (checking to ensure they had not forgot about me at the desk).in the end I waited all day and Never got to see the doctor. Mind you, I've been a patient there before but that didn't matter. The location is too busy to care how long you wait or how far you've driven!

The complaint has been investigated and
resolved to the customer's satisfaction
Resolved America's Best - Contacts & Eyeglasses — false advertising.

I recently went to America's Best in response to an advertised deal involving two complete pairs of glasses, lenses, and eye exam for $69.95. I was treated very well, though I felt the initial eye exam was rather quick. The secondary exam by the optometrist was pleasant, and I picked out two good sets of frames for the lenses. [Okay, my girlfriend picked out the frames; she's better at that sort of thing than I am.] When I sat down to pay for my purchase and have the lenses ground, however, I was presented with a bill for $248. Not $69.95. I was taken aback, and the salesgirl explained that the $69 deal only included the basic plastic frames, which she described as flimsy, bulky, easily scratched and damagable, and that for my astigmatism [mild] they strongly suggested that I get the carbon polymer lenses [which is what I assumed I was getting all along anyway], because the plastic lenses weren't appropriate for astigmatism.

I was stunned. I was prepared to pay twice what I expected, figuring I would choose more expensive frames or something like that; I was not prepared to pay nearly 3.5 times the quoted fee. Oh — I should mention that when we first called America's Best about the deal, we were assured that the deal covered all lenses except the transitional light-sensitive lenses, which I wasn't getting.

After reviewing my options, I elected to just go with one set of frames rather than two. However, as it turns out, one set of frames was nearly MORE expensive than just two sets, because now the deal no longer applied. [Which is reasonable, actually.]

Since I felt strongly that I was a) deceived on my original phone call [lied to about inclusion of all types of lenses] and b) felt aggressively pressured by the salesgirl to ignore the deal I had originally expected because the lenses were "not appropriate" for my astigmatism, I simply paid for the eye exam alone [a reasonable $45] and left without glasses.

Had the fact that all types of lenses were NOT included in the deal been told to me in the beginning, rather than being told falsely that they are, I would have happily paid for the $248, had I been quoted it accurately before the whole event took place. Instead, I got an eye exam for a reasonable price, and that is where my life as an America' s Best customer will end. Other companies have more honest advertising, and I will be more prepared for their cost.

I was given a price of $380.00 for one pair of single vision and one pair of progressive bifocals including exam. They refused to give me the price for just one pair of either kind. After asking 3 times with no answer I asked for a copy of my prescription. I was told because I wasted so much time "Hemming and hawing" the doctor was gone and could not sign it. Now I am being bombarded with automated voice mail advertising from unpublished number and they will not take me off the list. Menus options for opting out of these automated messages just keep going around to the same menus over and over.

The complaint has been investigated and
resolved to the customer's satisfaction
Resolved America's Best — false advertising; rash treatment of employees

I worked there as a technician, however I was forced to lie on a day-to-day basis to sell people a "Visual Field Exam" we would charge for $15... if I didn't have 55% every day, I'd be written up.

The Pennsylvanian district manager has repeatedly harrassed several co-workers, including a sexual harrassment on a doctor, and allegedly made death threats against a former manager at another location.

I just wanted to air some complaints about my recent visit to America's Best. This was my first time there...

For the second time in two years I took my son in for his exam. Last year I made an appointment for him and they forgot about us and it took over two hours. They apologized and I just thought it was a bad day and left it at that. That is until today, I again made an appointment. We were there ten minutes before. There were 3 people ahead of me. That was fine and then 4 more people walked in after us and I over heard them telling the clerk their appointment times and all were after mine. All 4 people were called before my son. We had already been waiting for over an hour. I walked out, but not before yelling at the clerks for their once again very rude and unprofessional behavior. I will never go again. I don't care if it is a good deal. I would rather spend more money and be treated with the respect that we all deserve!

After the initial rude treatment for not ordering all the extras they try to force on you I finally received...

I purchased the 2 for one deal. I did pay for the extra coverage (3yrs.). I was living in Metairie, LA at the...

I called every other day to see if my order was ready. I was serviced on 05/12/08. I called the morning of 05/27/08 to see if my order was ready, then I was informed that the frame I wanted was out of stock, so I had to go back and select another frame. Mind you no one called to let me know the frame was not in stock. I was told the morning of 05/27/08 when I called. Also my second pair was supposed to be only tinted lens they had bifocal put on the tinted pair. They were not to be bifocal only to block the sun. This was my first time using your company, I am not pleased with the service at all

The complaint has been investigated and
resolved to the customer's satisfaction
Resolved America's Best Contacts & Eyeglasses — was this really an eye exam?

This is not a total complaint — yet. I am giving this a chance, but am prepared to have to fight. Went to...

America's Best Contacts & Eyeglasses
50
%
This company is on the right track to keep up with incoming complaints, but there's still plenty of work to do.