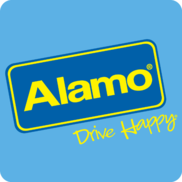 Having problems with Alamo Rent A Car?

ComplaintsBoard.com is not affiliated, associated, authorized, endorsed by, or in any way officially connected with Alamo Rent A Car Customer Service. Initial Alamo Rent A Car complaints should be directed to their team directly. You can find contact details for Alamo Rent A Car above.

Use this comments board to leave complaints and reviews about Alamo Rent A Car. Discuss the issues you have had with Alamo Rent A Car and work with their customer service team to find a resolution.

I reserved through Expedia. I asked the representative, Daniel, if they had an Expedition before he charged...

The complaint has been investigated and
resolved to the customer's satisfaction
Resolved Alamo Rent A Car — when returning rental car on october 24, 2019 was informed of damage to front bumper.

Upon returning the car at Savannah Airport on 10/24/19, the agent asked if we were aware of damage to the front bumper. We told him we were not, but that we had not damaged the car in any manner.
When the car was picked up at Bradley Airport there was no walk around the car by the agent there and we were merely pointed to the car in the lot and told to take it. We explained this to the agent in Savannah and he said not to worry as 99% of the time nothing will become of such incidents.
We are not responsible for this damage and should not be held liable for any damage we did not cause.
Information on Report:

After using your companies for many car hires i regret to inform you that i have to highlight shocking...

I have been rent many cars from different companies from Airport to 5a. Region (Valparaiso and Vina del Mar...

I was given a 2019 Buick Enclave during the wee hours of the morning (it was dark) due to the car selection I...

We returned our rental on Friday, Sept 13 around 5:30pm at the Denver International Airport. Upon getting in the TSA line I remembered I didn't have my jacket which was forgotten in the back seat of the 2019 Silver Elantra rental. I filed a lost and found claim immediately after getting through the TSA line which was a little over an hour after the car was dropped off. The lady who took the returned car didn't give me a receipt so I don't have a VIN number. This has been over a week and they claim it was never found - I FIND THIS TOTALLY IMPOSSIBLE TO BELIEVE as the jacket was in the back seat under my husband's backpack, he thought I took it and I thought he took it. I wore it on Friday so I know for a fact I had it with me but took it off as the day warmed up. It is a royal blue St John Bay rain jacket, size large with two pockets each having 2 snaps with an attached hood. This is my Alamo Reference Number: [protected]. My name is Cheryl Mayers, 625 Bedford Dr., Westland MI [protected]. I couldn't find a direct telephone number to Alamo @ the airport or I would of called them directly. IF my jacket is not found I will never, ever rent from Alamo again as in my opinion they cannot be trusted!!!

Hello i made my booking threw the web site of Qatar airways and i paid $294 for the whole rental cost of my...

Alamo Rental Car False Claim
I am a traveling nurse and rent cars all the time either myself or a recruiting company rent one for me. I never had car damage throughout my traveling. This time I have rented a car from Alamo in Virginia and return it in Atlanta Georgia. Two months after I return the vehicle, I received a damage car claim for $1227.16. I responded with emails, requesting detailed information.
No response from TYLER L BAGBY [protected]@erac.com, only another note. "As of the above date (4/12/19), we have not received a response from you regarding our claim as documented."
I have sent numerous emails and asked for details
Here is my request:
To whom it may concern,
In response to the accusation of car damage and demanding payment, there are several documentations I am requesting as proof the damage was done by me as claimed.
Here are the 5 documents I am legally allowed and requesting:
1. Written description and photographic proof of the damage.
2. A copy of a repair bill.
3. Utilization log, which is a record of every rental for that specific car since I rented it. If the rented vehicle was many times since I returned it, I am requesting proof that I, and not another driver, caused the alleged damage.
4. Proof of communicating with my insurance to start a claim.
5. Copy of a rental contract signed by me at the time of the rental agreement.
No response.
Today I have received a notice from a Collector Agency written on August 22.
I would like people to know how Alamo is treating their customers. I will continue to post this issue on social media until Alamo answers. Today, I have posted this message on Facebook, Twitter, and Linked
Best regards

The reference number was RA452347347 I telephoned you on my return to England with a complaint We picked up...

I had rented a car, Mitsubishi asx with alamo. I lost the keys, as it was stolen by a lady when seen in cc...

I rented a USV in EWR Airport from Alamo Rental, and on 7-04-19 a rear privacy window was shattered while I...

Here is what happened with me last 4th of July. We rented a car with Alamo at Orlando International Airport...

I was told ther toll pass was activated and ready for my use in the vehicle, I was NEVER told i would be...

Alamo Rent A Car — a car not available

I rented two cars via Expedia And when I reached the desk one host was very good and she gave us the car the...

I had a reservation at Jackson Hole Airport for a four-day rental with Alamo in mid July. Unfortunately, my inbound flight was missed due to a mechanical delay on the previous flight, and I was only able to fly in to Jackson Hole the following morning. After numerous attempts to reach the staff at the Alamo desk in Jackson Hole (at least six calls over a span of an hour and a half went completely unanswered), I called the reservations line. The agent I spoke with was happy to adjust the reservation but then told me it would be a price increase of over $90 (33% more) to have the car for one less day. When I asked if we could work out another arrangement for picking up the car he said he would check with his supervisor. At this point the line suddenly started dialing again, and I found myself speaking to another agent who had no previous knowledge of my call. So I started the process over. The second agent had great difficulty with English and kept repeating things back incorrectly - wrong city, wrong res numbers, etc. He clearly could not understand English very well (mind you I speak for a living and do so in a clear, non-accented manner). At this point I gave up because my next flight was leaving. My wife called again and tried to sort things out, but the agent she spoke to also insisted on a rate of $90 more for fewer days with the car. So, we just cancelled the reservation and I went back online to book another car. Sadly, no other companies had cars available for pick-up in the terminal, so I had to re-book with Alamo. Lo and behold, I was able to re-book at a price only $30 more for the same car in the same location. Clearly this suggests that the effort to charge me $90 more than my original rate was an attempt at price gouging directed at a person who was struggling with travel difficulties already. At the very least it's an example of acting in bad faith. I don't recall booking with Alamo in the past, but based on this experience, I do not believe I can trust them in the future and feel compelled to do business elsewhere.

Alamo Rent A Car
74
%
Fast & efficient, this company is head above their competitors when it comes down to taking care of their customers! Keep up the great work!