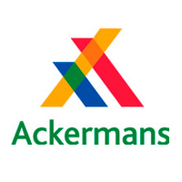 Having problems with Ackermans?

Ackermans reviews first appeared on Complaints Board on Sep 1, 2010. The latest review Service was posted on Apr 11, 2021. The latest complaint layby cancellation and laybuy exchange was resolved on Nov 25, 2019. Ackermans has an average consumer rating of 1 stars from 272 reviews. Ackermans has resolved 1 complaints.

[protected], I was in the store to pay for my laybuy, which took almost an hour to be found, secondly I wanted...

I was doing a lay-bye, the cashier was so rude and she even conducted me to go back in the shop to look for the item with the price .and again she said to me the ackermans doesn't allow lay-bye of three items. She was not wearing a nametack . The manager didn't say anithing
Name if cashier is visca
Store 976 attregeville pta
Store tell: [protected]

I have contacted Ackerman Customer Service out of Roswell, Ga. For a total of 4 times I have had to take off...

I went to a store at Sammy Marks square(Pretoria) yesterday (Thursday) and was there round about 17:35 since i came from work, where i needed to exchange my child's boots which i had got on Tuesday. the pair seem to be faulty since the zipper cannot stay up and now my child has to keep on lifting it since she had worn the shoes to school (even the teachers complained since the shoes were bugging the child every time and they tried assisting with no change). The guy i dealt with had no name tag like the other 2 who also came and did not even bother listening to what i was saying while i was explaining that the boots had problems.
The guy that i was dealing with, i was told he is the one dealing with kids section. I later found out his name was Oarabile(not sure if he gave me his real name which i had asked myself) bluntly told me that he sees no problem with the shoes and he can't help me, that my child should not have worn the shoes so that he can be able to resell to another customer but since she had did so, that means its stock loss for him. i begged the guy telling him as i was talking to him my daughter has no warm shoes and i was fine with taking any boot of the same amount/even less, he could not careless he said he would need that child to come there and wear the shoes so he can see proof.
i mean why the hell will i chose to waste time to return a shoe that i chosen and bought if it did not have a problem. the guy was rude to the extent that he kept on working on whatever he was doing and continuously said there is no way he could assist with the exchange. i have lost an amount of R169.95 since my child will not be able to wear that shoe ever. i was so angry but i decided to keep calm and walk out, i am really disappointed..

Hy I bought two phones at Ackerman's store last year November Premio P700V tablet. One of the tablets i...

Good day,
I would like to submit a complain with Akermans regarding my store card after I was enquiring about the payment I did into my akermans caacount and it happened that the money went into to the wrong account. Apparent Akerams had a joint account with Nedbank at that time and payment I was done on that shared account, and I went to find out about, I was told to call Nedbank after Akermans failed to help for the money to be transfered back into my account. This happened around 2012, I'm not sure about the date.

Can you guys please help to trace my money as I am in need of it. The amount was R600 and was paid in Sandton city branch by my wife when she was still working in Sandton

The enquiry was done at Akermans in Beaufort West branch.

I visited an Ackermans store yesterday (2 May 2018 - Parow Center). I wanted to purchase one of your jacket...

On the 20th I received very bad service from the Woodlands store, the store Manager accused me of stealing clothes when I returned the clothes. I had a slip to show I bought the clothes the week before. I phoned Head office to submit a complaint and was told someone will phone me back. Today is the 25th and still have not received a call from Head office.

I went to Ackermans Cresta on Sunday the 22nd of April bought my son a pair of track pants, when we got home we asked my son to try on the pants to see if they fit only to find that the pants are torn. Then on Monday the 23rd of April i took the pants back to Ackermans Southdale as i work in the area when i got home i asked my son to try them on again only to find the pants were torn again, i mean i really do not have time to be driving up and down to Ackermans. Please check the quality of clothes before they get sold to custormers.

I requested a refund. The refund was given on 3 April 2018 and I was given the option to take it in cash, or...

I went to the store to buy my son a school pants, I asked them to help me they provided me with the trouser...

I visited Ackermans store in Lilian Ngoyi street in Pretoria i was there to buy trouser which is part of my child's school uniform. My daughter told me that their trousers are available at a selected store but i choose to try to buy at ackermans first, bring it home and check if its not the same material and design as the one from the store she refereed me to. I explained to the cashier that i was told to go to a certain store but i prefer ackermans so should i go home and find out that the trouser i bought is different from the one required will they be able to refund me so that i can go elsewhere, the lady was so rude to me she to me its not gonna be possible to get refund its best i leave the trouser and go buy where i was told to go. I told her that the school has its own store whereby i was not able to get to at the time, she asked which school is that, i told her and she says her child is also attending a private school so i should not act like am the only one with a child in private school, while saying all that her attitude was annoying, i left the trouser and the following day i went to Ackermans in Quagga center in pretoria West I explained to the staff member whom said Ackermans stores do give refunds then i bought the trouser and when i got home i found that the trouser is accepted at school.
I tried to turn a blind eye onto the service i received at first store but i just can't it even got to the point whereby today i went back to the store to get name of the person who was being ride to me "THABANG". She doesn't deserve to be in the face of the customers.

I have had 2 terrible experiences at Ackermans Signet Terrace, Lenasia. Last week I went to buy a gift for a friend and while in store 1 of the employees tried to chat me up while some of his partners in crime tried to open my bag. Luckily I felt my bag being opened.
Today I went in to change the size of a pyjamas I bought for my son. When I bought it, it was on a hanger saying 12-18months when I got home I saw it was actually 3-6months. I went back today, tag still attached to the garment, unfortunately I had misplaced my slip. I was received with attitude. The cashier insinuated that I always dont have slips which isnt true. The manager was called to do an over write and she told me I was supposed to see her at the door to. inform her that I was making a return. But when I entered there was NO ONE at the door. Then the cashier rudely told me he will not give me a slip because I didnt bring. one. I understand I didnt have my slip but their rudeness was completely uncalled for. They know me because I am a frequent customer. Just on monday I spent R550 there. I love ackermans clothing but to get rudeness when going in store is not worth it. I am appalled at the level on unprofessionalism.

I bought the M1 phone on the 21st March 2018 the phone has been giving me problems since day 3 of purchase, it switches itself off even when the battery is full and won't turn till I put it on the charger,

Sometimes it doesn't show my contacts I have to keep rebooting until the contacts pop up again.

I've been writing to Ackermans on their complaints page but nobody has ever gotten back to me till this day.

As I'm typing this my phone switched of last night and I left it in a charger only woke at 3 to switch back on but when I woke up this morning the phone it was off again it won't switch on till now.

I'm being harrassed by this Ackerman's manager from Port Elizabeth branch in Govern Mbeki street. Whenever I got to the shop he always claims that I consult customers to buy with my credit card. Today he promised to cut my credit card when we wanted to buy gifts for a friend who recently got a baby. Now I had to travel to Greenacres shop to buy the gifts. I do not accept that treatment anyday and if this happens again. I will sue the guy and take him to court.

Ackermans Stores — my child got hurt in store

Ackermans
1
%
Doing nothing would be this company's favorite pastime, if they had the energy for it.