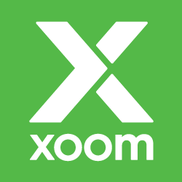 Having problems with Xoom?

I never used xoom.com but someone used my bank account and transfer money to Vietnam with xoom.com. I was trying to contact xoom.com and resolved the issue. They were very unprofessional and unhelpful. Xoom.com is a scam and helping criminals stealing money!
Never use xoom.com.

This company is not just terrible but also thieves. Had several issues before i got to use it, then when I finally got to use the service, money never got to my family and they kept it. this was a month ago and I am still trying to get it back.
Please save yourself some trouble and avoid using this company, I know Western Union is a little bit more expensive but its reliable.
PLEASE STAY AWAY FROM XOOM.COM

they ask for documents with REAL NO

i suggest you to AVOID xoom.com

and they asked to send a copy of documents, and other statement

so i think that they are very CONFUSED

they CANNOT even understand, that if someboddy send a payments to his own bank account, NO VERIFICATION IS REQUIRED FOR THIS TRANSFER

THEY WANT TO MAKE SURE IF I HAVE AN AUTHORIZATION, FROM "MYSELF" TO SEND A PAYMENT TO MYSELF?

YES I TOLD THEM

"YES I HAVE SENT AN EMAIL TO MYSELF, AND I HAVE AN AUTHORIZATION FROM MYSELF TO TRASFER THE DOLLARS"

" WE NEED THE DOCUMENTS AND BLA BLA"


so if you DO NOT want to WASTE your time

I had a infuriating experience with Xoom recently, where I initiated a transfer (type: bank deposit) on Thu Feb 26, 10:42 PM PST. The bank account belonged to the aunt of my recipient.

After 6 hours of seeing the transfer sitting in the queue with status "Transfer in Progress, " while my recipient was frantic because the funds were needed for a medical emergency, I emailed Xoom Help to see what the hang-up was, but received no reply.

Almost 20 hours after I initiated the transaction, with still no progress, I cancelled the transfer. This was Fri Feb 27, ~6:00 PM PST. I then initiated another transaction (a cash pick-up this time) to another go-between of my recipient.

Can you guess what happened? Yep, both transactions were paid. The first one was completed almost TWO DAYS after... AFTER!... my cancellation request. So it ended up costing me twice what I had intended to pay.

Yet when I complained to Xoom, they had the audacity to claim that "Your transaction has been completed before your cancellation request."

Object lesson: Never start a replacement transaction until you're absolutely certain the previous one was canceled and your money refunded. These guys have no soul, and they take absolutely no responsibility for their screw-ups, even lying if necessary.

Better yet, use Western Union.

Stay away from Xoom

I used to xoom to send some money using paypal last year. A while later, somebody used my paypal and xoom and...

money never got in the sender

i was sending money in the philippines dec19 2008 using this xoom money transfer...they saying its only an 1hr but money never got in my grandma hands and its deducted in that fast in my bank till now they never receive it yet when my sister call the customer service they was saying that there no rights to ask or give any confirmation number unless they are the sender...but the funny thing is i was been calling them eversince december dec20 i know ssomething is not right [protected] this there customer service number i got the other they gave me is 636-7000and they saying they are open 24 hrs oh.. well gudluck w/that...so they got this confirmation number to pick money nextime they know is wrong number they got but how could this people to do this...very shame

Xoom is not safe. Dont ever put your bank account info

DONT EVER USE XOOM unless you want your bank account to be hacked. I have used xoom around 5 times and there...

Dont ever trust xoom with your bank account info. A 1000 dollar electronic draft was withdrawed from my...

i needed to send a small amount of money to the philippines. It was suggested i use xoom. I did so online, about 30 minutes latewr the transaction was cancelled.

but xoom never told me, i am still waiting to find out why i wasnt informed.

i was later told i had to send a government id and a utiloity invoice. money laudering for $20?

it takes them days to reply any email nad getting answers is even harder.

Western union are far from perfect, but not the worst.

I USED THIS COMPANY SINCE I WANTED TO SEND MONEY TO MY FAMILY IN THE PHILIPPINES FOR THEIR NEW YEAR...

Reference transfer number: X031183585340213 I have been waiting over 15 business days for a deposit to take place from my account in the USA to my fiance's account in the Philippines. As a result of the unexplained and unreasonable delays, I have lost an apartment that was reserved under my fiance's name who is the recipient of the transfer. Additionally, for some unexplained reason, my transfer now shows a canceled status and has since gone through two iterations whereby it reports that the money will be transferred back into my account. The fact is that over $1000 USD has been removed from my account and no money has shown up at either my fiance's account or my account.

I transacted Xoom money transfer in the internet last July 1, but it is still not posted till now July 11, 2008. In that span of days you will be truly pissed off and thinking where is your money now? Customer service always told me that it was already in thier bank partners but when you called the bank they will inform you that the XOOM doesn't give any transmittal for remittance so that they will post it in my account. The customer agent told me that there are problem in there system, but I can't figured out why take so long for to fix. To when they can fix it? I suggest to all DON'T USE XOOM... its an headache and your just be pissed off.

I had an urgent business transaction in the Philippines that needed money fast. I spoke to XOOM.com representatives to make sure that my party in the Philippines could pick it up within 30 minutes. Raymond from their approval department guaranteed that it will be ready in 30 minutes. When I didn't receive a confirmation after 45 minutes, I called their approval deparment again and they tell me that it will be another hour. I explained the situation and I was told that it should be ready within the hour. An hour and a half later, nothing yet... so I called again and they said another hour.

This guys are LIARS and should NOT be trusted. I'll go with Western Union next time. I used them before and the money was available within 30 minutes. I used XOOM.com this time for the convenience of doing it online.

If you read this, kindly inform everyone you know who sends money to the Philippines NOT TO USE XOOM.com.

I used XOOm to send money to my family in Vietnam and it took 13 days for the transaction!!! I asked, asked...

I was using western union and i came to know about xoom and thought of using it and when i sent $1000 to...

My friend sent me US$1000.00 using Xoom money transfer services. As per tracking number X-[protected] money was deposited in my National Bank of Canada but money never deposited. We contacted Xoom services by Telephone and by email but issue never solved. It took me a month the issue still there. Anybody interest to join with me to put them into the court, to stop them to repeat all the bad business activities and to protect the consumers? Goto see https://www.xoom.com/trackxfer?xferid=2223341073&invoice=X031184792166062

They said transaction completed but I do not receive a money.

I used this company since i wanted to send money to my family in the Philippines for their new year...

Xoom
0
%
Doing nothing would be this company's favorite pastime, if they had the energy for it.