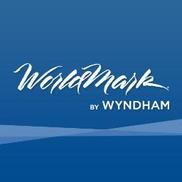 Having problems with WorldMark by Wyndham?

My main reason for writing this is to warn others to research sales practices of timeshares and to make sure your legal documentation is reviewed by legal councel before signing.

After numerous calls, I went to seminar at Worldmark by Wynham (Trendwest) in Fresno CA. Not going into detail, at my presentation I was verbally lied to almost to the point of negligents. There big scam is getting someone to sign a contract without being afforded legal review of the contract. To get the so called premium package they offered you must sign that same day. There is no way anyone who is not a lawyer can read and understand the "lengthy" contract and there was no way I could get a lawyer on such short notice, which was quite convenient for them especially on a Saturday

They said not to worry because of the short time to review so many documents, they would explain every detail. Needles to say they forgot to metion the legal info that you could say is written for a lawyer to read and not your average consumer.

The big thing they leave out is that there is no way to ever sell back your memebership!!!?. I asked them where in the contract it said this and the only response I got was there is a 7 day cancellation period. But thats a given in many contracts. I asked if there was a liquidation or penalty clause or something in case of a default. I was just told over the phone that there is no way they would ever take back my membership, the contract was ironclad (they really couldn't give me an answer). If you could never give it back why would you need a contract. I do not know how they can enforce this since there is no tangible (or deeded) property involved, "It's just a membership". If I financed a house or a car and did not make my payments they would take my car or house an all money paid. If there timeshare membership was so good, why do they have to stoop to this level in order to sell a membership.

One reason I could think of and this is my fault for not researching the number of lawsuites Trendwest has against them for similar consumer fraud practices.

Another reason that became well aparent was the resale value. When I got their premium membership (Worldmark by Wyndham) with 6000 points it cost me $11, 400. Needles to say when I started doing a little more online research the "RESALE VALUE" of my Worldmark membership was between $3800 - $4200. This is the main reason they do not tell you they won't take there membership back. It as though they throw it out on the market and pad their pockets on the loses involved. Oh did I say that after there 13%+ interest rate they offer for their convenient financing you will be paying over $18000 over 10 years for the resale value of a $4000 membership.

I also wanted others to know that being in the military and seeing several other military and retired military members with a steady income in the same timeshare trap, to become aware of these untruthful timeshare salesman. They may be targeting fellow service members as well as many others.

WorldMark by Wyndham
0
%
Doing nothing would be this company's favorite pastime, if they had the energy for it.