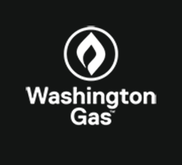 takes 3 appointments to turn gas on

I am now on my third attempt to have the gas turned on at my house. There has been a complete lack of communication from their service representatives concerning this job.

I first scheduled service for 1/11/2011. The technician did not turn on the gas because no one was home. I was never told that someone had to be home for the gas to be turned on. Why don’t they inform the customer about this when the appointment is made? If they had, someone would have been there.

A second appointment was made for the next day. My wife took half a day off from work and sat in a cold, empty house for 5 hours waiting for the technician. When he arrived, he apparently failed to knock on the door hard enough for my wife to hear him, so he simply left, even though there was a car parked in the driveway, so someone was obviously home. They have our phone number—couldn’t the technician have called before he left the property? Or called ahead of time to verify that someone was home? Why do they take your phone number if they are not going to use it?

Now I have scheduled a third appointment. I will now have to take another half-day off from work myself to wait for their technician. It is the middle of winter and this house has no heat. Why can’t this company communicate with a customer better than this?

cheated on blanket plan after offering it

They advertised a blanket plan for all the properties. Like a budget plan. I manage they said i was enrolled and then kept billing me incorrectly every time i call they have a different story why I not being bill on the plan. Yet i cant cancel without penalties. They are still bill me for properties the owner had died and the building sold 4 years ago. The are insistent that we are obligated still after all these years.

every time a get the typical runn around I will wait till the tow years is up & never use them again They bill more that the gas company does.

It took 6 phone calls to get through their ridiculously ineffective voice mail system to get to a person to...

Washington Gas should not be allowed to continue its monopoly of the business. Its customer service is simply...

I have had Wash Gas for 2 years now and I am moving and have to have it again. They want to change me a ONE time service fee of 60.00 which I have already paid two times and a deposit. Even though I have always paid on time and never been late since we have had them. To top it off they cant tell me what the deposit will be until I get the first bill. How jacked up is this? ? ? ? ?

Before Thanksgiving 2007, Washington Gas came to turn on service for the separately metered basement unit for...

My complain about Washington Gas
The incorrect bill was sent for December, because of an incorrect miter reading and an investigation took a place. The miter was corrected and for January we got correct bill. I got new statement on 02/09/2009 and there are still incorrect amount for December plus late fee. I spoke with representative about this issue and with supervisor Ms. Shila at lease 5 times, but amount for December is still incorrect and now is February.
I sent three letters to customer service and I didn’t get any response at all. My problems with Washington Gas started last September (09/2008) as wrong miter reading, wrong bill and up today I can’t resolve all issues.
I’m going to submit this letter to all sources, which I could possible find.

2 years ago Washington Gas Energy advertised they were 15% lower than BGE. So of course I switched my energy service over to their company. What a bait and switch! I didn't realize when I renewed my contract with them last summer, that in truth they are now over 30% higher than BGE.

In calling Washington Gas Energy about the price difference they told me 'well the prices last summer were higher than now and you locked into that rate'.

They furthered, it would of course take one to two billing cycles to take effect. Isn't that convenient! It would be March or April, just when we don't need to use the furnace as much.

My advise...always check therm rates even after you've switched companies so you don't turn into a victim like me.

Do you think I'll get a rebate? Doubt it.

I called the gas company a couple concerning an increase in my gas bills. I explained to the representative, that the house is unoccupied and
the bill have increasing each month. The bill went from $7.90 to over
$200.00 per month. I ask them to sent some one out to investigate and they assure me that they went out and check the meter and they found nothing wrong. I ask to speak to the supervisor and was told to hold on and I held on for 45 minutes and not a soul came back to the phone. this should not be happening to the consumer.

I would appreciate your help in this matter.

Regardless if you have made differed or payment arrangements. Washington Gas will charge you a service deposit. Please keep you own records. So you can get this corrected. If not you will have to pay the deposit. Regardless Wash Gas will pay this back to your account within 12 mths. With there new system they no longer have a prior record billing for 12 months and payments made. Looks like they are trying to keep things internal instead of external... They are becoming a bigger headache then COMCAST!!! Someone needs to report to the paper and do a story on them. So they can stop Ripping people off!!!

Their customer service menu over the phone in one word: frustrating. If you want the urge to shoot yourself...

cut off gas without notice!

My gas was cut off since wed 14th without noticed after I reported that I smell gas in my backyard and I wa...

be careful with their &estimated& billing

I just received a bill for about $744 for the previous month of service, to my surprise, as my bill is usually around $70 or so since I move into this new resent mid last year. I later found out after, speaking with the customer service, this is because for the past 5 month, they have been using an "estimation" of the gas usage. As it turns out, I actually used a lot more then they billed me each month, for the past 5 month. I think part of the reason may be I just move into this new home last year, and maybe previous owner did not use as much gas.

Anyway, it is not that I do not want to pay my bill; I just want to caution other customers with regard to this practice by Washington Gas. If the upper left corner of your bill state “ESTMATED” then the reading of your gas meter is just an estimation, and your actual usage may be more/less then your are currently being charged (in my case is MUCH less), and if it states “READ BY CO.” then the reading would be your actual usage of gas.

I wonder if such practice is legal.

Only if I knew the actual cost a few months ago, I would have at least had the opportunity to try and reduce gas usage.

Washington Gas / WGL Holdings
0
%
Doing nothing would be this company's favorite pastime, if they had the energy for it.