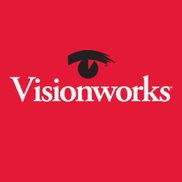 Having problems with Visionworks of America?

Good morning my name is Elizabeth Rivas I work for Jackson Health System my email address is [protected]@hotmail.com and I am a loyal customer of Vision work for my glasses. On 05/23/2020 I went in to have my vision checked for glasses and contacts at store 349. when I was done with the doctor I was directed to a lady to pick my glasses, after I picked my glasses I sat with the lady. She went over with me what the doctor order for my prescription. She put extra things that I didn't want but I got it anyways. I asked her if my new pair where going to have transition on the lens and she assured me that it was added in the prescription. when I picked you my glasses they where clear. I asked if they had transition lens and they said no that if I wanted it, it could be added but I had to pay extra. I don't understand why she assured me that my glasses would have transition lens when they didn't. I am very disappoint because I paid $271.98 thinking that I was going to get what I asked for. To top it off I asked if she can tighten up my old pair of glasses that where Gucci and she broke them. I wasn't upset with her I told her that things happen and she had me pick a new pair and I did. Mind you my Gucci glasses where very expensive. This will be the last I go to Vision work. I very disappointed in this company!!

Visited the Howell Commons store today to purchase two pairs of glasses. While I was reviewing which glassse...

Initially I was very pleased when I placed my contact lens order on monday of this week and my contact...

glasses I have not received

Bought a pair of glasses March 14th at the Weatherford Ridge location a few days before the pandemic shut the...

I ordered contacts for my fiance' Tabitha Foltrauer on Thursday(1/9/2020) and was told that we would...

I've been going to the eye doctor at 20 Lafayette Ave. in Morristown New Jersey for over ten years. I had an appointment today in which the doctor changed the prescription to my contacts. In the past when my prescription changed, the doctor would exchange any unopened contact boxes for the new prescription. I was told the policy changed and they would no longer do that. The exchange was made on numerous occassions in the past ten years.

Replacement of a broken temple

Went to get my glasses adjusted.. Lady at desk after she asked can I help you. Then just pointed and mumbled...

In april 2019, I took my daughter to visionworks in syracuse because the store in auburn would not accept her...

I have a 1-year prescription with two months rainy remaining on my prescriptionhowever when I call to order new contact lenses I'm told that I cannot get a different type of lens with the same prescription because they need me to come in to get a another exam despite the fact that I still have my current prescription valid for 2 more months I keep asking for lenses and they say that they cannot give me anything unless I get a new exam I do not have insurance where the money for another exam I just want my contact lenses which they have already mistaken more than once and so I've had to do without my contact lenses for quite a while due to their mistakes on several occasions and now they're telling me they won't serve me because I have to put a new prescription because the one that I have that's good until next year they say isn't good enough because it's almost up I feel like I'm being scammed and hustled so that they can charge me for another exam that I do not need.

fitting the right size eyeglasses to the face

The people there are very courteous..but the glasses the i picked out did not fit my face and are way too...

If I could give them anything below zero I would. They're customer service is the absolute worst. They take...

Store located: 30 Lafayette Ave, Morristown, NJ 07960
May 23, 2019 I ordered reading glasses BYGO, 2 different frames-same price-paid for glasses and was told two weeks, that same week -Saturday-was told my glasses were in. When I went to pick them up they were the idential frames, Coleen did not order correctly. I picked out the different frames again and was told they would rush. Two weeks later I had to call and when I went to pick them up they were the same frames AGAIN. I was told they would again reorder - two weeks later I was told that the lenses broke and they needed to re-order again. Another two weeks have gone by and this time Simone tells me that the lenses came in scratched. A person should not have to wait almost 8 weeks for simple reading glasses. Not only is the customer service the worse but when I originally went in the store almost every pair of glasses the glass were smudged with finger prints. The first time I went to pick up my glasses the glass was also smudged and the young lady just handed to me. No one checked to make sure they even fit properly-terrible terrible customer service. I will not be going back there again once I recieve my second pair of reading glasses thay they owe me.

On 6/29, I went to pick up my glasses at this location. Progressive lenses were supposed to be ordered for me, but were not. When I tried to tell store manager, Michelle R. this, I was told that no, progressives were not ordered for me, only readers. I attempted to explain that the doctor who did my exam stated that I should now be in progressive lenses, we had discussed this. The young lady who took all of my information and payment for the glasses even explained how long it would take to get used to progressives. Michelle then went to the computer and came back about 2 mins later saying "no you were only getting readers, but if you want progressives, it would be an additional charge." Now, I did not have an issue with the charge. What I had an issue with was the staff acting as though I had no idea what I was talking about. I went back to my home and got my paperwork, and sure enough the doctor had stated I was to get PROGRESSIVE LENSES. When I took the information back to the store, Michelle was rather rude to me and to the other staff member who was attempting to help me, to the point that the staff member mouthed the words "I'm sorry". I showed Michelle R. my paperwork and asked if she had the same paperwork in her system that stated I was to get progressive lenses. She stated yes but then came up with some excuse as to why I wasn't initially charged for them at my exam visit. I would have been completely fine had someone, ANYONE said "sorry, we made a mistake. We didn't submit your order with the progressive lenses." But no, no one said it, she tried to make it out like I was crazy, and I find that unacceptable and unprofessional.

paid for pairs of glasses that I did not receive

To whom it may concern! I visited the store and paid 669 dollars, I ordered a computer pair, by mistake they...

For the past two years, I have received regular emails from Visionworks Doctors of Optometry in Richmond...

Bought frames at store. Waited extra long to receive them. Got them and had to have the frames replaced 3...

Visionworks of America
2
%
Doing nothing would be this company's favorite pastime, if they had the energy for it.