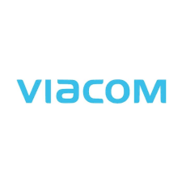 Having problems with Viacom International?

I must say that Vh1 has never been the top dog in television. I never watch the channel, so when I finally found a tv show I liked, I was more than just upset at not only how it ended, but also how the main star left the show after one season. I'm not sure of the exact details of why Stacey Dash left the show, but I must say I am very disappointed. The only thing worth watching on Vh1 is now going to go down the drain. Congratulations Vh1, you are back down to one of the bottom spots in television. Your trashy reality tv with girls catfighting and d-rated celebrities getting over addictions will never get you to the top. I suggest you try and fix "Single Ladies" and hope that the only show you have worth watching doesn't lose all of the fans that followed Stacey Dash.

I am completely offended and appauled after seeing a commercial on VH1 advertising the 'hiphop...

I have a complaint about vh1's show known as "sizzler." saturday, april 21, 2007, during the 10 a.M. Show, (central time) a religious joke was made that I found extremely offensive. Recently, richard gere, acted in a manner with an indian actress which has been deemed inappropriate in india. He grabbed the actress on stage and began hugging and kissing the actress profusely in front of the audience and cameras broadcasting to many countries world-wide.in america this may not be considered a harsh matter, but for a conservative eastern culture such as the one in india, it is quite inappropriate. Now I will grant the fact that india may have overreacted a tad seeing the progressive day and age we are currently in. However, vh1 found it necessary to not just make fun of the conservative culture, but to directly attack the nation-wide religion practiced in a whole country, which is absolutely ridiculous. Vh1 depicted a religious figure in a very insulting manner. As a hindu, born and raised in america, I can't help but think that if a bollywood television program were to depict jesus in such a manner, the uproar it would cause in this country would be phenomenal. I was highly offended by vh1's remarks seeing how they did not attack the culture, but the religion. The disrespect that was shown for the hindu religion was outrageous considering it's coming from a television program produced from a country that claims to be more liberal and open-minded everyday. There is plenty more I could say, but in all honesty, I fear that my complaint shall fall on deaf ears - which I highly hope I am incorrect about.

Viacom International
22
%
Not bad, but could've been way better. This company does respond, but not as often as you'd expect them to.