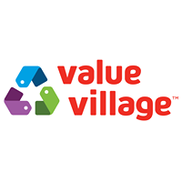 Having problems with Value Village / Savers?

I'm a regular customer, I really think it's unprofessional the way the Manager Simone talk to manager's l and to his employees. I over heard him saying that employees are not aloud to warm up there food little early. This how your General Manager talk to his Employees and Manager. It's like going back to salvey day. I bet they don't get paid enough to be treated that way. On top that y'all have the store open doing this Covuid-19. Y'all don't give a damn about the employees. Will close it and give paid them while they are out

I had my brand new baby he was 2weeks old and I thought to go shopping for him at value village I shop here...

worked at this store and was treated horribly

To whom it may concern, I'd like to formally complain about the management at one of your Value...

Dear Sir / Madame.
I turn to you with the request for help.

We live close to the " Value Village Store " in Newmarket
(130 Davis Dr. Newmarket, ON L3Y 2N1. ) We have met many friends in this store.

Few days ago we ( I and my wife ) had made visit to the " Value Village Store " in Newmarket. To our absolute surprise after payment we could not take the " shopping card " out to the car. We have purchased large number of items. 4 large shopping bags were full with the different products. I am disable and me and my wife were forced to take these shopping bags in our hands and stepped out from the store toward our car. I was shocked that the basic attribute of shopping i.e. the " shopping card "was denied from us. After all this trip to the car my wife had to be taken to the hospital with the pain in her arm.

Our friends are shocked as well. It is unacceptable to make this kind of decision without to think about as - disable pensioners! One of the clients of " Value Village Store " with whom we have become friends, Michael, told me that he left the store without anything ( no purchases ) because for him was just impossible to bring to the car without
the " shopping card " all these items that he wanted to purchase.

In order to help you Sir/Madame to conduct the requested above investigation, we, disable and pensioners- clients of the " Value Village Store " in Newmarket can start the signing process in the social media : the poll against the policy of the mentioned above store that directed against disable and old Citizens.

Waiting for your response.

Please, send your response to this e-mailing address : [protected]@mail.ru ONLY.

P.S. :
1. As well I am asking for your suggestions regarding the compensation
( see the appropriate paragraph above ).
2. Please, confirm this communication.

I am one of your regular customer visiting Value Village closest to my residence at 45, Woodbine Downs Blvd, Etobicoke.
I had to write to you to bring it to your attention the problem I faced yesterday, Sep. 19, 2019 in exchanging item. The item was Wireless Keyboard together with Mouse priced at $6.99 that I bought from your another location at 2975 Bovaird Drive East, Brampton on Sep.13, 2019 . I had to exchange it as I saw the Mouse attached to it was not working. So I went to Woodbine Downs Blvd for an exchange. But to my dismay the Manager by the name of Mr. Azam refused to exchange it saying the items can only be verified by the store from where I brought it and asked me to take it to the same location for exchange. I had to tell him that in my 2 years of visits to the store it never happened that the items that are exchangeable refused for exchange. So this is something weird that I am hearing from him. For your information the store at Bovaird Drive is far from my residence. There I go rarely to drop my Wife for work.

My question is why your customers has to go though such hassles and problems by your inexperienced Managers or the people you put them in authority who don't know the exchange policy?

Could you please look into the matter and Train your Managers so that they don't harass your customers.

the production manager of merivale branch

I am shopping in the store, amd everytime i shop there Nina who is the Production Manager of that branch...

Our store in Waterdown was visited by the head of value village ontario. I cannot remember his name but I'm...

the customer service by manager dee and anthony

To Whom This May Concern; I am very sadden by the service that was received by both managers on Thursday...

I was embarrassed and kicked out of the store today because tags were missing on some clothes I had tried on...

price of used everything

As I am an avid customer of the Value Village near Danforth and Woodbine in Toronto Ontario Canada I am very...

On numerous occassions myself and other employees have approached our manager as we were instructed to when...

a situation with employee

Hello my name is Paige Anderson I visited the store for my second time in two days last night prior to that I...

the way I was treated and discrimination.

I was trying on some shorts at the value village today. I had recently had surgery on my hip so I was crying...

humiliation by staff and managers on friday october

I am a dis-abled person who was in the store at queen st east in Toronto. I had request for some hel and on...

On Saturday, Nov.6, 2010 around 4:00pm I went to Value Village in Forest Park, GA.30297. I found three items that I liked; a black jacket, a black Guess purse, and a tan and white Dior purse. I went to the cashier to check out and paid for my purchases using my Debit card and then proceeded to exit the store. As soon as I was walking toward the exit doors, I was immediately stopped by a man at the counter next to the cashier where I just checked out. The man (later identified as Store Manager )told me he needed to see my receipt and the items I just purchased which were clearly seen as the cashier put all my items in a clear trash bag. I immediately opened my purse and handed Store Manager my receipts and opened the bag for him to see my items. He immediately looked at the Dior purse and opened it to locate the price tag and after that he informed me that price was incorrect and told me that I must've "switched" the price tag because that particular bag was just put out earlier that day and he knew the price had to be much higher than the price tag included in the purse which was marked at $4.99 and that "sometimes people do that to get a lower price! I told store manager directly I didn't switch any price tag or do anything having to do with changing a price in which he clearly accused me of, and I asked him why did he stop me in particular as I noticed he didn't stop anyone else to check their receipts or merchandise; he ignored me. I then told him I will file a complaint against him for this and the store and he said "that's fine" as if he could careless.Store manager started talking to other employees near him about the purse and price and he even told an employee to go and "Pull the cashier off her register" even though she was still ringing up other customers. After standing and waiting at the register several minutes, Forest Park police come in; obviously he called the police. The officers speak with the Store Manager first then talked to me to get my side of the story, and II explained to the Officers the store manager stopped me on the way out after I clearly paid for ALL my merchandise and he held me at the counter until the police came claiming I switched out the price tag on a$4.99 purse in which I adamantly denied again to both officers. I even told both Officers to please look at the videotape in the store and clearly they will see I did nothing wrong! After waiting another ten minutes or longer, the cop asked me to go outside and informed me there is NO PROOF of ANY WRONGOING, and the so-called videotape is not even enabled to record such, and no complaints or anything is being filed against me, and that this Value Village in Forest Park is known for thefts. The officer then told me the store manager said I'm banned from returning to that particular Value Village and if I did return I would be arrested! This was an absolute embarrassment to me and harassment this should've been handled differently! In the end after the store manager told me rudely he wouldn’t give me a refund after I demanded a refund of all my purchases after he accused me of changing the price on the Dior purse, another employee walked up to me and told me they refunded my purchase and gave me the receipt for such. Bottom line this store manager is an outright RACIST! He discriminated against me being a black woman and was racially profiling me, and even made an accusation that the cashier and me know each other and the cashier had something to do with it(cashier also Black).The store manager should be terminated immediately! I plan to file additional complaints and take extreme legal action from this until I get satisfaction!If anyone else has had similar issues there please feel free to contact me.

Value Village / Savers
0
%
Doing nothing would be this company's favorite pastime, if they had the energy for it.