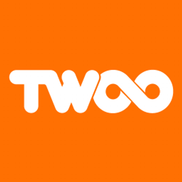 My verdict after 6 months of using Twoo is: it's a total and outrageous scam.

Bots and fakes and scammers - their task is to make you pay. If you can afford a paid dating site - use...

Dear Sir / Ma -
Greetings of the day
I have been a member of Twoo.com for quite sometime. I experienced problems with app in the past and rectified by Twoo.com
I am again facing same problems with the app. Sending lots of messages to its members but not receiving any reply. Maybe, my messages are not reaching them.
Please help me resolve the issue

i never ever joined up with two came to my email looked at it but never joined checked my bank statement and found this account for $36+want this stopped will also check with my bank I dont know how they got my credit card information. If this was frauduently done will see that all the money will be refunded as my bank will do all the investigations I want this stopped

I have an issue regarding payment without
information first.
I have connected my debit card into my App Store account for purchasing. And
I never subscription auto renew for Twoo, but suddenly they cut the money from my debit card IDR 149.000, 00
I want to refund my money as soon as possible, I hope that you can give me
feedbacks regarding the issue, thank you.

*as to make it easier I attach the files that are needed.

Dear Sir/Ma -
Greetings of the day
I am sending lots of messages to members of Twoo.com but I don't receive any response more than a couple of months now. I doubt my messages are not reaching them.
Can you be of any help to me in rectifying the problem? Please help.
Thanks...

Zorpia sends me emails about new people etc., today I tried to unsubscribe from emails like this but according to the website (twoo.com) (twoo+zorpia) my email address was not even a registered one. That is why I find it interesting how I can get emails from a website where I did not even registered...My email account is full of zorpia's spam and I cannot do a thing about it

I have download your app(Twoo.com) last month and I started pay u 160 Rs(indian). After pay this Amount you dedicated more 760 Rs which is i dont know how u deduct this money from my credit card.
After that this month u also deduct 880 Rs from my account without my confirmation my request to u please refund my money this month 880+last month 760 Rs which auto debit debit from my account please refund this 1640 Rs back to my account ASAP.
Thanks

I am being hacked

A false profile was created for me. My number is +[protected]

I don't know the email address of the person who created this account with you.

My email address is norden.[protected]@gmail.com

I am not from Durban, I am from Johannesburg and I am already in a relationship.

Kindly assist me by removing the particular version of "my profile".

Thank you so much for your support.

Hi, some one has mischievously updated my number on your website / app, and I am being harrassed by your members, I have received more than a 100 calls so far and over a thousand messages. I am using this mobile number for the last 20 years and I cannot change the number. I request you to look into it.
My number that is mentioned on your site: [protected]. Please help me, or may I go and file a complaint in a police station?

charging my credit card without authentication

Twoo app is the most annoying and fraudulent application that is available on google play store, you guys have been charging me for the services that I have not even used, Twoo app has charged me on multiple occasions via my credit card without even the rightfull authentication. DO YOU KNOW WHAT DOES THAT MEANS. THAT U PEOPLE ARE SCAMMERS AND FRAUDSTERS. I mean how could all do that "SHAME ON YOU GUYS" I STRICTLY DEMAND FOR MY REFUND. My id is "Kaushikrohan". Hopefully this message will open your eyes.

I bought a Twoo account with a fake price and I want my money back. Its said it was at a different price. I suscribes to the premium account today with date 28/06/2019.
I wanted to cancel this at the last minute and it was charged automatically wothout any permission... The website deducted t with out any intimation, in this regards I request to you please reimburse my money as soon as possible, otherwise I will move to legal aspects.

I want an answer to sime.[protected]@gmail.com

They have frozen my activity for no reason and have not given an email stating the reason for the account freeze.
Ive never disobeyed the rules and had been active for four months with over 8 thousands likes.
Now nobody can contact me or me them.
Ive tried to establish a new profile but the same thing occurs, theres no activity and there has been no attempt to explain to me why this has occurred.
I have not been able to open other accounts with them because they have me on shut down status for no reason.

I unintentionally subscribed to Premium VIP membership. I do not need or require this service, but was unable to cancel and prevent money from being taken from my account.

I have not used this service at all, or intend to. Therefore I would be grateful if you would refund this subscription.

I have informed my credit card company who will take action if you decline my request.

I have deactivated my account [protected]@yahoo.co.in as guided by email from twoo. But this month charges are deducted from my credit card even after deactivation, I mailed the concerned about to stop further deduction and confirmation of same and refund of this month charges but no response from twoo team neither confirmation that problem is under process or mail has been read . I want solution from twoo team

about my deduction from credit card without information

Hello Team Twoo,
My name is Himanshu Kumar and i am from india. today 24/05/2019 at 7:30 AM, i got a message from your side that 80 RS has been debited from your credit card but i did not subscribe and you deducte my money without information. so i want to refund my money. please help me. my twoo id is from [protected]@gmail.com and my name is Himanshu Kumar

someone used my pictures

I didn't create my account in Zorpia. I even don't wanna date anyone. Now many people viewed my pictures and sending me vulgar messages and they think that I'm some sex worker or something. This is very sad to say that Zorpia had used my pictures and made me disgusted. They have to immediately remove my pictures and apologise me for such a terrible thing they have done. Hacking into my computer and getting access to my pictures and using it dating when my match for the wedding is getting fixed now is really awful.

I was old customer in Twoo. Due to some personal reason, I left from Twoo and again I have joined here and today on 24th April 2019, I have purchased Twoo Primium. But It's not working. I am unable to send message, also I can not see any likes or etc. My gmail id: [protected]@gmail.com

Please let me know after purchase premium upgrade, why i can not access premium feature. It's very depressing and not expected from you.

Please reply me as soon as possible.

I rakesh mishra I have taken the twoo subscription for which I have charged rs.399 every month for my credit card, my login id is "[protected]@gmail.com.

I don't want to use now plz advice me how I will cancel the subscription of the same and what is the process for the same. Its a great help if u do this.
Plz let me know the process of unsubscribe this.

I have stopped and canceled the membership more than a month ago but am charged with the fee.

When I started to subscribe, I initially had no intention to become a member but it happened when I bought IPAD and registered the IPAD email. When I opened the explorer, Twoo, somehow, popped up and when I tried to close it, the popup did not close. I was trying to exit and clicked wherever possible which forced me to become a member. Without noticing that I was a member, lots of Twoo messages came in, tens and tens of messages in a day. I saw some of my friends so I thought I will stay for a while, but as time passes, the messages increased to a level that's annoying.

I wanted to cancel but did not know how to and just this year I found out the method that was written by one of the users. I canceled the subscription and membership but I am still charged.

The email that is associated with my account is [protected]@gmail.com for subscription and [protected]@icloud.com (probably) for email associated.

Twoo.com
67
%
This company definitely cares about its customers and responds to overwhelming majority of complaints.