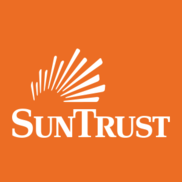 Having problems with SunTrust Banks?

My account has been closed almost a year but yet my money has not been released yet? When will you release it think a year is about long enough.
A reply would be appreciated. Or do I have to go higher up the food chain to get it back. I have called your bank several times each time I call I get the run around. One tells me one thing and another tells you something different.

In late March 2020, I noticed that my credit score at TransUnion and Equifax dropped 100 points. As I...

I have never had such poor customer service in my life. I am glad I won't be banking with them in the future. I tried to close my accounts with them because of they are not close to where I am located. I am not happy with how they handled it. I wanted to get my money transfered to my new bank but they wouldn't let me. I will never recommend them to anyone.

I was on the line with a representative of Wells Fargo Bank and we called your customer service center. Wells Fargo wanted confirmation that funds were withdrawn from my account to payoff a car loan I had with Wells Fargo. We were having a conversation on the matter and the Suntrust representative hung up on the call. The representative from Wells Fargo could not believe what had happened. We called back and got help from someone else but the Wells Fargo representative felt she needed to make a complaint during the second call. Unbelievable that she was so rude. Makes me think it would be better to bank with Wells Fargo despite the problems they have recently had with their employees.

I recently rec'd a letter informing me of the merger between Suntrust and BB&;T and it provided a phone # to...

This bank has sent several emails and unsolicited mail.in other words, I don't want the contact anymore. It...

Suntrust Bank is terrible. They honored a stolen check I canceled a week prior though the name was changed...

My daughter, age 18, has a debit card and we purposefully did not put bank draft protection on it so that she would keep an eye on her spending. There have been times when she was out shopping and card declined due to insufficient funds. Her card number (not her card) was stolen and 4 different $100 purchases were made at a convenience store. She had $204 in her account so the first 2 - $100 purchases went through, but then 2 more purchases were accepted each $100. When I inquired about it with SunTrust they gave me some excuse that even with $3 in the account it was covered. That is not how it works and I know that! I feel they owe me $200 and admittance they made a mistake. She has NO overdraft protection for a reason - SunTrust needs to honor that and not treat me like I am stupid.

SunTrust took 2 checks I deposited totaling approximatley $3750.00 and are holding my funds from me for 10 days. I've spoken with several employee's and they dont care. SunTrust keeps telling me they have a right to this money and I will have to wait 10 or more days before I can have my funds. They wont tell me why. They suggested that in the future I cash checks and then deposit cash in their bank. SUNTRUST SHOULD BE SHUT SOWN FOR BETRAYING CUSTOMERS.

I keep getting locked out of my online bank account. lost my card with no way to report it missing. My phone number keeps getting disconnected from my account so they cannot verify me. Will only try to verify once a day. Supervisors have no authority to help or do anything but tell you to visit a branch in another state! Meanwhile, my card is being used, no access to my account, can't close it because pending transactions that are not mine but I can't verify what transactions are mine because they won't help me!! Worst bank on the planet!!

This branch reopened not too long ago and boy ohhh boy, those tellers are horrible, they do not have an inch...

I bought demage range hood and return that in 3 months ago .The boss promise gave new one, but he didn't give...

In late August 2019, my boyfriend opened an account with Suntrust since he had moved in with me and was far away from his home town bank. Whatever person he spoke to did not input the apartment number he gave her and it ended up taking over two weeks for him to get his debit card because of their mess up.

Fast forward to September 23, 2019. I noticed fraud on my account. Nothing major, but I immediately called the fraud department to report it. They told me they would be shutting off my card and mailing me a new one in 5-7 business days. I told her I would need to change the address on my accounts as we had just moved, so that the debit card would be mailed to the correct location. She had me say it, repeat it and then she read it back to me, correctly, apartment number and ALL.

On the 7th business day, I still did not have my card so on today, 10/03/19, I called customer service again and she told me that it had been mailed to my old address, that the address update had never been done, and that it would take another 5-7 business days to receive my card. Because I complained, she said she could do express, 2-4 business days. When I asked for it to be overnighted, because I have bills to pay that require a debit or credit card, she said that was not possible.

My bills are now going to be overdue, all because of the negligence in customer service and the fraud department. The ladies in the individual branches are very professional, but unfortunately, due to working, I do not get to deal with them often. I will be pulling my business and my boyfriend's business from Suntrust by the end of October.

I didn't have problems to begin with, it's been about ten years now. I don't want to take the five stars from years ago off. That representative was nice. The problem was after, in the parking lot, my tires have been flat, I was mugged at the atm machine by a very obese white female. I notified the staff of the incident then. I have seen the banks change two local branch locations, and two grocery store locations too. Inconvenient for my family at this point. No apologies still for any prior experience. I can't leave much because of my legal commitment here and we don't live as close. I wanted to close my accounts several times in person and by phone but no one will let me close them either. The arguing won't stop. The problems aren't solved, apologized for or explained either. I finally cancelled magazines, to help automatic drafts that SunTrust won't help stop or make things an easier experience. I could have sued them from just the tires and atm incident and decided not to. I am not paying for bad service.

On Sept 6, 2019 my vehicle was repossed because of a payment by money order they stated they had not received. its not until the car was taken that they miraculousy found it and not only did i have to pay the $450 repo fee but also the $365 storage fee. its not right that i had to pay and they would not offer any credit to my account or to be refunded for they repo and storage fee. i have a copy of the money with Suntrust stamp the date received and the date is was cashed. please need help with this issue.

I cannot understand why need to my show my ID when making my Mortgage payments. It seams like your forcing customers to do onine banking / trying to regulate how I pay my bills, Suntrust is taking the postion of the goverment wanting to know how we earn money and where is it comming from ? For what ever reason you can come up with, you forcing customers like me to change lending instutions. Remember your are a bank first.

Today 9-4-2019 I went to the drive thru to withdraw money and the teller tells me I have to have my driver...

SunTrust Banks
22
%
Not bad, but could've been way better. This company does respond, but not as often as you'd expect them to.