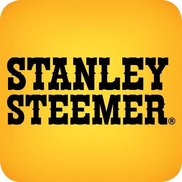 Having problems with Stanley Steemer International?

They should have a recovery tank and not dump any water at all in any yard as the run off may pollute the enviroment.

If you go to their web site there is not any area for complaints. You are only able to contact the home office by mail.

It would seem Stanly Steemer does not care about consumer complaints.

The complaint has been investigated and
resolved to the customer's satisfaction
Resolved Stanley Steemer — inappropriate, irrresponsible, unreliable and not trust worthy

The crew showed up for the contracted job, asked to review an email sent to us by the company, in response to our request to show that the staff were bonded. The staff member took the document, went to the vehicle and was on the phone with the supervisor, and after a while they just drove off, without an explanation and without an apology. We prepared the carpeted area designated for cleaning by removing all furniture, plants etc., I had to take half a day off to be present for the appointment. There was no follow up from any supervisor of the company, and to date no explantion was given to what has happened.
This is unprofessional, irresponsible and certainly does not do much for consideringthem to be a relaible company

The complaint has been investigated and
resolved to the customer's satisfaction
Resolved Stanley Steemer — unproffessionalism, and poor customer service

I hired Stanley Steemer to clean my carpets, and air ducts for my central air conditioning. While here, the crew broke the door leading to my attic and just electrical taped it back together. They also reinstalled eight of the nine air vents upside down so that the air blows up to the ceiling instead of down into the rooms. While cleaning the evaporator coils, they clogged the condensation drain line causing it to overflow and spill into the garage. When I contacted the company to get the damage fixed, I was approached and handled with attitude. The manager of complaints, Manuel Nava was very rude and unwilling to help me. When he finally agreed to come and inspect the damage, he told me that he would call to let me know before he came. Not only did he not bother to call and let me know when he was coming, he showed up early. As a result of him not calling and giving prior notice as to when he would be coming, I did not have time to turn on the air conditioner and give it time to build up condensation and leak. While inspecting he again gave me nothing but attitude. Stanley Steemer and their managers were unproffesional, unknowedgable, unhelpful, rude, inconsiderate and way more. Overall I was very displeased with their services, and I would not recommend going to them.

The complaint has been investigated and
resolved to the customer's satisfaction
Resolved Stanley Steemer — quality of work, and customer service

I hired Stanley Steemer to steam clean my carpets and to clean my air vents for the central air conditioning in my house. On their commercial, they claim that their company is proffesional and knowledable of what they do; they were neither for me. While here, the crew broke the door leading to my attic and electrical taped it back together to fix it. Eight out of the nine vents that they cleaned were reinstalled upside down so that the air from the air conditioner blows up instead of down into the rooms. Since their cleaning, we have a major leaking problem in our garage as a result of them damaging the unit. When I called to complain and have it taken care of, I was treated very rudely by the manager of complaints Manuel Nava. He was both inconsiderate an unwilling to listen or help me with my complaint. When he finally agreed to come and have a look, he for one, said he would call before hand, which he did not. He showed up with no prior notice, saying he forgot to call with an attitude again. Since he did not give me prior notice as to when we would be coming, I did not have enough time to turn on the air conditioning unit to allow for condinsation to build up and show him where the leak was. He was unwilling to come back at another time to assist me and was very unproffesional in denying that there was any water damage at all. This company was very unhelpful, unprofessional, and unknowledgable.

The complaint has been investigated and
resolved to the customer's satisfaction
Resolved Stanley Steemer — poor quality; excessive charge

Crew of two set a record for finishing the job in the shortest time possible. They removed the dirt and...

The complaint has been investigated and
resolved to the customer's satisfaction
Resolved Stanley Steemer — stanley steemer: fraud and lies 2

They have lied and have not taken any responsibility for their bad service. "The consumer is always wrong" ...

Today, I had our tile and grout cleaned and sealed. First of all, I thought the price of $504. was quite high...

We got a quote from Stanley Steemer that I thought was a bit high, but went along with it. They showed up on time and started working, but after they would finish a room they would inform us that it was going to cost extra. Our living room/dining room cost double they said because it has two light fixtures, even though the entire thing put together is smaller than what they claim on their website is the size of an average living room.By the time they were done, our bill was almost $100 more than we were quoted. We paid $276 for the cleaning of a 1200 square foot house! Not only that, but today (the day after) our whole house stinks like an old gymnasium! I will never use them again.

Stanley Steemer International
35
%
Not bad, but could've been way better. This company does respond, but not as often as you'd expect them to.