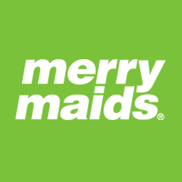 Having problems with Merry Maids?

I first spoke to the local manager whose name is Sam. This was about two weeks ago. He was a little rough on...

Favoritism of certain employees, unprofessional, employees treated poorly, and being picked on. Stressful...

Thought your corporate office should be award that one of your staff members from the Gainsville, Florida...

I had Merry maids in Kennewick wa come in and clean the walls of a very small house for me. My dad just passed away and he was a smoker and I needed the walls cleaned .I booked the appointment in the office where the gentleman told me it was $45 per hour and there would be 2 ladies cleaning the house. This sounded like it was $45 for both of them, I later found out if was $45 each. I scheduled for 2:30 wed the 1st of may. I got a call later saying they would be there at 1:30 so I left work early that day to be there by 1:30 when they said they would arrive. At 2:00 they still had not arrived so I called the office when I was told" yea they will be there at the original 2:30 appointment, sorry they didnt call". At 3:30 nobody had arrived and I called again and was told they would be there within 5 minutes. I completed the kitchen in the time I was waiting for them so the ceilinhg is the only part of the kitchen they did, they missed half of the hall and left the walls very streaky. I have had to go back over the walls with clorox wipes and remove streaks they left behind. The service was extemely poor and I feel I was overcharge due to being misled during scheduling. I will never be using Merry Maids again for any service and am extremely disappointed in the quality of their work. I could have mopped the walls like they did and saved myself $360 dollars and most likley got better results.

I asked Merry Maids in Sioux City Iowa to come clean for me on the Wednesday before Thanksgiving. It was late...

I have never been handled so impersonally by an office staff. We set up cleaning for my 83 yr old mother who...

This complaint regards over $4 thousand in unauthorized charges to my credit card by Merry Maids of...

I recently had merry maids come clean a home we just bought. First they had someone go through the house and...

Hi ( My Name) ---< was here let's call me Nancy Thanks for your interest in the Professional House Cleaner...

1/31/2016 This is absolutely disgusting and unprofessional! This woman works for merry maids Bel air MD...

Do not use this terrible service!! I had the worst experience in my life and these scammers Merry Maids refused to do anything about that. Their nasty support said that I was too emotional.
First of all the person who came to clean my house was 1 hour late and there was no way the find where she was. Because of that the whole thing took longer than I expected. And the second part that woman broke my vase!! Yes, that was an accident but item was broke and I can't just forget about that. They said that was nothing special and that was just a vase. Just a vase? My father got it from his father and then my family got it. It was important for our family. Are you kidding me? I will report these guys and they will pay for what they did! Totally disgusted!!

www.merrymaids.com — They didn't warn me about their arrival

OMG. I filled the form on the website www.merrymaids.com. I really thought that they would call me before...

I previously worked for the merry maids in East ridge and would like to tell the truth about what really...

My complaint is with the billing department. They threatened to file criminal charges against me for an outstanding balance. They claim that they tried to contact me to settle the outstanding balance. I checked my voice mails and emails, they had not contacted me regarding this debt, after we last spoke about it two months prior, at which time they said I should call them when I was able to pay. I appreciated that kindness. This debt is my responsibility, and I have since made good on a payment plan with them. However in their efforts to collect they treated me like a criminal fleeing justice, and with all due respect, I think that this is unprofessional on their part.

I live in a small apartment and called this service to clean four rooms.I was told that it would be between 160-260 for the first visit. I told them to forget it at first but then called them back and said that that sounded okay. She said it would probably be less. Four people came to clean and when I returned the bill was 448!!! It was clean but not sparkling and I really could see nothing but the bill. I called and yelled a bit but got no where. I highly suggest NO ONE USES THIS COMPANY TO CLEAN.

The maids were lazy, and tried to scam us out of more money even though they were too lazy to do their work. When they clean, then don't put stuff back where they found it. Unorganized and cheap service. My son was so angry when he found that his organized room became a wreck after they left, and his paper airplane that won a contest was kept in mint condition, but was under a pile of books when we came back. Everything in the bathroom was out of order. We've tried Molly Maids before, and it was much better than Merry Maids . Don't use this service if you have antiques or if you're an organized family.

Merry Maids — Do Not Apply

The manager at the Iowa City, IA location is horrible. Do not apply or consider wasting your time working for this person.

The manager plays dirty, does not follow the rules, lies like the width of the ocean, and then uses the lies to wrongfully write people up or terminate them.

Corporate in TN will not even call back non-management employees or listen to their complaints when the "Average" employee is being "Abused" by management authority.

Wasn't aware that dictators were allowed to be managers here in the USA.

After $250 dollars, the bed terribly made, the full size mirror in the master bathroom dirty, upholstery not vacuumed (they came back to do it);the kitchen floor, which was supposed to be "the same as the bathrooms" according to what they told me on the phone, was simply mopped on top of the old dirt.

The day the "SALES MANAGER" came to give me an estimate, she took a credit card number and said I did not need to use the same card the same day that services were rendered. I gave them a check, call them to tell them, they said it was ok, the card would not be charged, and I discovered that it had already been charged. They very graciously offered to give me a credit and did not even apologize!

I contracted for 2 hours of cleaning - almost $200.00. I was expecting out of town guests and was counting on them to make the house ready.

They arrived 45 minutes later than the time I was told. We left to do errands and less than an hour later were called to say "they needed more time".

I said no - when we arrived home we found that they had cleaned only the master bedroom, the kitchen (small) and the bathroom (small). They had not touched my living/dining area, the kitchen floor, nor my GUEST bedrooms. So much for getting ready for my guests!

They had failed to clean the bathroom sink fixtures - when I complained they offered to send someone out (I declined - how ridiculous! They should have offered me a refund). I found fast food bags (which they did not have when they arrived) in the garbage which meant they had eaten breakfast (?) on my time.

All in all it was a huge ripoff and I would certainly not recommend them nor let them near my house again!

Merry Maids
16
%
Not bad, but could've been way better. This company does respond, but not as often as you'd expect them to.