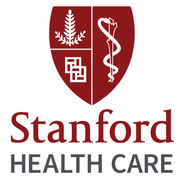 Having problems with Stanford Health Care?

ComplaintsBoard.com is not affiliated, associated, authorized, endorsed by, or in any way officially connected with Stanford Health Care.

I would like to start this email off by saying that I am grateful for the outstanding care my husband...

Stanford Complaint I am a renewed patient to Stanford, after a brief leave of being a patient at Kaiser. I...

I scheduled a wellness check with with one of their medical professionals. Due to SIP I opted for a virtual meeting since I wasn't sick and just wanted to make sure I get my routine bloodwork done. After my meeting, the Physician's Assistant asked me if there was anything else ...I mentioned I might have an ear infection but it wasn't a big deal. That is when things changed. I had no idea that mentioning something like that would change this from an annual visit to some outrageous visit costing over $800! I have health insurance and it didn't even cover half of that...I am now being billed over $550 for my "visit". If I knew about that, I would never mentioned having any issues at a doctor's visit. I could have easily done a telehealth visit through my insurance company and only paid $20 for it! This is a total scam and the lack of transparency is quite appalling. I had originally scheduled another visit for my annual gynecology appointment but have since cancelled my appointment.

Stanford Health Care — bait and switch about cost of procedure

Please read below correspondence. It will explain my complaint. Scroll all the way down. Thank you. PTo...

Only 4 disabled parking places for this urgent care facility. I cant believe a place with this many people coming to it everyday wouldn't have more disabled parking. I almost missed my appointment with the doctor today because of parking. When i let the office know of my concern they just shrugged it off and smiled like oh well. I will in turn find another medical provider.

I have been a Bay Valley patient since the 1980s. Until the Stanford take over, I was very happy.

About a month ago, I had my annual checkup. It included a number of standard blood tests. In the past, Bay Valley mailed results to my home, and a nurse was available to explain them to me.

This year, Bay Valley informed me that results were only available on the online patient portal. At the appointment, they texted a link to my phone for accessing this portal. The link didnt work. The Bay Valley front desk staff gave me a number to call. I left a voice mail and drove to work. Some time later, when I was at work, I got another link texted to me. However it still didn't work.

Over the next several weeks I phoned Stanford several times asking for help getting my results. This was unsuccessful. I encountered a variety of unhelpful responses and several rather rude responses.

One night, I was having dinner with my husband and I got a text message on my phone. This included another link and instructions which stated that the link could only be used over the next 2 hours. After that I would need to call Stanford and get a new link.

This time Stanford had apparently fixed the software defects that had resulted in a no working link.

I got in and saw my lab results. Unfortunately, I have no idea what they mean. The portal contained results stated in terms only a clinician would understand.

I entered the emergency room on two occasions in the last month regarding my left hand. My hand has not...

My daughter 2 months old came in to the ED because she had a fever of 101. She also has a congenital heart disease called teratology of Fallot and is awaiting surgery in November. That being said she was ordered labs that needed to be done and the nurse came in and had a hard time finding her veins so he was being pretty aggressive with my two month old and had two other men try and come help him. Well my daughter is still unrepaired and isn't supposed to cry that much and I told the nurse this but he made it seem like it was good for to cry. My daughter was hysterically crying to where she was turning purple and I asked him to stop a couple of times or at least give her a break and he said "mom I have to do this I can not stop. She's going to cry regardless if I give her a break" well fast forward he poked her three times till he finally gave up and I was crying at this point because my daughter was in so much pain and I was concerned about her getting a cyanotic spell which is common with the too much agitation. I just felt I was not listened to and he put my daughters life in danger. I spoke to her cardiologist at a follow up appointment and told her about the situation and they were shocked that this happened and they are not okay with her being poked that many times due to the possibility for complications. Also she should have had her oxygen being read while all this was going on and that did not occur. As a mom of a baby with congenital heart disease I would like for this to be addressed so it doesn't happen to any other mom awaiting surgery.

I originally came to Dr Tsuang Li to get help with chronic sinus infections in January of 2019. He suggested...

I'm waiting for my photopheresis to start for last 3 months. My insurance and doctors part is done, it'...

I made an appointment over the phone, citing my annual free preventive check-up as the reason for my visit. I did the same thing at the office the day of my appointment and to the doctor. I was shocked to receive a bill about two weeks later for over $500. Because I was a first time patient, I was hit with a $441 'new patient' fee that my insurance barely covered. Stanford Health had ample opportunities to tell me I would be charged this fee: I could have been told when making the appointment on the phone or when I showed up to the appointment. Or they could put it on its website. But no one said a word and because I have never previously been charged such a fee (I'm 38 - this wasn't my first time visiting a doctor), I never thought to ask. On top of this fee, I was charged $200 for the five minutes it took to remove wax from one ear. Mind you, I was charged for both ears despite the fact the doctor said only one needed to be cleaned because the other was "only 25% blocked". I chalk this up to me not asking if it was covered but the 'new patient' fee is ridiculous and unfair. I appealed the 'new patient' fee to Stanford Health billing department but the woman there was rude and basically stated the charge will not change. Worse, this person stated that if I came in next year and got the same services, I wouldn't be charged meaning it's all semantics and has absolutely nothing to do with the services rendered. You can't tell me taking my family history is worth $441; that is a standard practice at any doctor's office. I appealed to my insurance (Blue Cross Blue Shield) to fight the fee but they also couldn't care less about patients. My last hope is the California Department of Managed Healthcare. Worse part...I told my wife to go here before the bill came so now we owe nearly $900 for two basic preventative visits.

My ideal outcome: 1) drop the 'new patient' fee for both my wife and I; 2) if you continue to use such a fee, make it evident prior to the appointment so a patient knows what they are getting into.

Stanford Health Care — I did not see the emergency, but I was charged for emergency service

I went into today to get my ID photo taken. The male sitting on the right on the room closest to the door...

A wrong insurance information was enter into my profile. I never use United Health Care provider. I don't...

I am Stanford Staff employee and for two years have had Stanford Health Care Medical Insurance. In two year...

Stanford has to be the most poorly run hospital in the world. It really affects the image you think of when...

Stanford Health Care
21
%
Not bad, but could've been way better. This company does respond, but not as often as you'd expect them to.