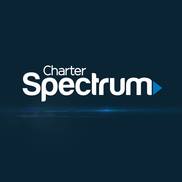 The problem started last week. I have high speed internet and a dedicated ip address. I called them twice last week and was on the phone for what seemed like hours. After the first call, in which they made me go through all sorts of troubleshooting on my end, they finally sent a tech out. He said the problem was in the outside line and he would be back to fix it. He never showed. When I called back they made me go through the entire thing again which involved unplugging my modem etc etc etc. They said they would send someone out again. They showed up, and it worked for half a day. I called again yesterday and was on the phone again for close to an hour. So far no one has shown up or called. I am supposed to be on a four hour service plan. They really need to improve their service.

Below is an e-mail I sent to Charter.

Now I am a little upset! I received a call today regarding the equipment charge that is past due and if it wasn't paid immediately my service would be disconnected.

If you read the following e-mail conversation you will find that Charter failed to show up at the agreed upon date to pick up the equipment. I was home the entire day of 7/27/06. The time I was given was between 1pm and 5pm. Today when I asked where I could ship the modem back I was asked if I had a FedEx label. When I responded NO I was told it would be 7 days until I would get the label (How ridiculous!). My question is why wasn't I asked if I needed a FedEx label on 7/26/06 when I called to have the Internet service disconnected? Instead I was told either I could drive 60 miles to return the modem or stay home from work and wait for someone (never to show up) to come and pick the modem up.

Maybe Charter should get their act together before telling people that they will have their service disconnected if the bill isn't paid immediately! Maybe Charter should pay me for the day I stayed home from work waiting for someone to show who never did!

All I can say is that I better be credited the $33.00 I paid today the day Charter receives the returned modem from me. If it isn't I will be canceling all my Charter services. I think Direct TV or Dish Network would be happy to have my business.

I had an appoinment yesterday to have my leased modem picked up between 1pm and 5pm. No one ever showed up to pick up the modem. I noticed today that there is a $33.00 unreturned modem charge on my bill. I don't understand why I am getting charged for a modem that Charter failed to pick-up on the agreed upon date. I was home all day yesterday and I didn't even receive a call from anyone at Charter.

I need to get this modem returned and I would like the $33.00 charge removed from my statement. Is it possible to ship the modem back instead of setting up an appointment or driving 60 miles to return it?

I have internet and telephone service with Time-Warner maintaining the cable. Last week, the phone and internet quit working. That is, it works sometimes if you're lucky. I called Time-Warner from a payphone (Friday) and they said that they would have someone come out and fix it Tuesday. Sure enough, someone did come out, but he said the problem had to do with some equipment on the telephone pole. He said that someone else would be coming out (Tuesday, that same day). When they didn't arrive, I called Time-Warner. They said that no one would be coming out Tuesday, but would come out Wednesday. I called Wednesday and asked if I would need to be at home and they said no. When no one showed up by late Wednesday afternoon ( I knew this because the phone line was dead), I called back. They said that no one would be coming out Wednesday, but would be coming out Thursday. I left and when I got back home that evening, a note was on the door that said that they had indeed came out (at 6:26pm) and to call a number to reschedule another appointment. If I had known that they were coming, I would have made sure I was at home. So early tomorrow (Thursday, 10-05-06) I will call them again. It's hell trying to work from your house when the phone and internet works only part of the time. It may be off for hours or all day. There's no way to tell. We'll see if they come out tomorrow.

Time warner cable was scheduled to make a service call for which i paid $30 to move a cable box and exchange a regular cable box for a high defination one. first appointment was scheduled for Friday July 14th 6pm - 9pm the cable man came at 7:30 in the morning and gave a cable box...came at the wrong time...since my room mate didnt know the details he simply acepted the box. i called them and they said they would send someone on Saturday between 12pm 6pm no one showed. i called them several times and they said they would look into this and call back. no one did. i basically ruined my fri night and most of my saturday simply waiting for them they did not even call saying they would make it. time warner cable does not seem to value the customers time. one supervisor i spoke to was the rudest rep ever. her name Fathima and extension 1111 from the new york office. now i have had to reschedule for Friday 21st of July.

Worst customer service I have ever had to deal with. Appointments scheduled where never scheduled, and...

I've been in conversation with Charter Communications for the past three months, attempting to fix my...

Spectrum.com
39
%
This company is on the right track to keep up with incoming complaints, but there's still plenty of work to do.