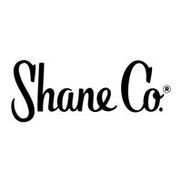 Having problems with Shane Co.?

I took my wife's wedding ring in for cleaning. The person that helped us drew a picture of any flaws in...

Shane Co is NOT your friend in the diamond business. I was the victim of deceitful sales tactics at the hand...

We purchased my wedding set (Item Number [protected]) from Shane Company in August, 2012. We had our flawle...

The complaint has been investigated and
resolved to the customer's satisfaction
Resolved Shane Company — damaged wedding ring while in their possession!

Shane Company has knowingly ruined my center stone for the SECOND time and refuses to make it right, but now...

I noticed one of the prongs on my diamond had broken off for the second time in a year. I dropped my ring off...

Terrible experience, PLEASE do not let them work on your jewelry. I took my wedding band in just to have a...

I am writing this message almost in disbelief. My partner and I went to Shane Co, KS this weekend. The store was pretty busy when we walked in, so we were patiently waiting for someone to approach us. When no one seemed interested, we walked closer to another couple that was being helped just to make ourselves more visible. However, we were passed over again for a could BEHIND us. At this point, I was wondering if we were invisible. Finally, the sales attendant acknowledged us and said that hopefully someone would be with us soon, but if not, she would help us as soon as she was done with her couple. Fair enough. So we looked, and we waited, and we waited some more. Finally Keith approached us. I said we needed to look at engagement rings. He asked if the guys had sent us out looking for rings. I was confused at first but then realized he was missing the point. I pointed to my girlfriend/partner and said, "No, we are together." He said, "Oh OK." After a few minutes goes by, he tried again. Looking at my girlfriend, he said, "So are you going to come back with him later to get her ring?" Implying that she was just with me as a friend and she would return with my boyfriend to get my ring. At this point I was really confused. How could you have missed that twice already? So I made it a little more obvious. I grabbed my girlfriend around the waist and pointed between us several times and said, "No. WE are T O G E T H E R." At this point, he was embarrassed and apologized.

However, shortly after that, he asked a couple behind us if they had been helped. They said no and he told us to "Wait just one second. I'm going to pop over here for a minute." At this point, we had three rings sitting out in front of us and I was really hoping to look at more. But we waited patiently. I assumed he would get them set up somewhere briefly and return to help us. He did return after a few minutes and I started to say something about one of the rings we he but me off in mid-sentence with, "Yeah, wait just one minute. I'm just gonna pop over here for a minute." At this point, I was done. I thought the whole experience at this point had been completely rude and unfriendly. We wanted to leave, but remember, we were stuck with three rings sitting in front of us that we didn't want to be liable for. So we waited. And waited. We he didn't return after 5 minutes (the second time he left us), I finally had to interrupt a couple beside us and get their sales associate's attention. I pushed the rings toward her and said, "I'm going to leave these with you and we're going to go." She looked worried but said, "OK." As we were walking out, we noticed Keith, supposedly our sales associate, actively pulling rings out of the case for another couple. They already had several out. It was obvious he was not coming back to us quickly. He literally left us to start helping someone else!

I was very offended, appalled, and disappointed. I had heard so many great commercials about this place and I was really looking forward to visiting the store. But I have never been treated so rudely in a jewelry store before. I don't know if it's because we are gay and they just couldn't fathom that possibility, or if they didn't think we were worth their precious time, or if they randomly could treat any customer this badly. One thing I do know, I will not be back. And I will share my story with friends and family!

My wife and I went to Shane Company in the Denver area to select a 2 karat diamond and ring setting.

After picking out the setting, the distracted and apathetic manager who showed us diamonds kept us standing up for over 2 hours, showing us a few diamonds that were not suitable and helping others while leaving us waiting for 30 minutes at a time.

We finally left in disgust and bought a beautiful diamond and setting at a competitor.

I have never been so disappointed and disgusted in my life. My husband and I went into the store in Cool...

The Shane Company — They will never get business from us again

My wife and I went to The Shane Company ("Shane Co.") to purchase wedding bands three weeks before our...

The Shane Company — Made me very upset with their lies

Brought my solitare diamond setting into the store. I picked out a new setting. The employee then called my...

The Shane Company — They're pushy, they ignore you regularly, they don't have a very good selection, and I, like others, left their store in tears

I know that Shane co claims to be the 'best in the jewelery business' and that their fifth c i...

I am completely disgusted with the service me and my fiance have received with the Shane Company in Indianapolis. My fiance picked out a very unique engagement ring for me. I love it it's beautiful, but unfortunately he was told when he bought the ring that they could custom make a wedding band to match the ring. When we came back in after he proposed to looked at some bands and the sales associated was terrible. Not only where we abandoned by the attendant Jodi for another customer who was interesting in looking at a more expensive setting then we were, but she also would only show me one type of band for my ring which clearly didn't match and what I was looking for. She showed me one band which I said wasn't what I was looking for and actually rolled her eyes and showed me another band exactly like and and said, "Well then do you like this?." By the end of this experience I was in tears. This is supposed to be a happy time not one where you leave trying to hold back tears until you get back to the car! The sales associate also informed us that the gentleman who sold my fiance the ring was incorrect and they will not do any custom bands. This was supposed to be a happy experience, but instead I am stuck with an engagement ring that has no band and it's too late to exchange it. I would never recommend this company and I am disheartened to have to wear a several thousand dollar ring from them.

I bought a white gold ring set from Shane Company after having worn another white gold set for ~15 years from...

The complaint has been investigated and
resolved to the customer's satisfaction
Resolved Shane Co. — Fraud and cheating

My diamond fell out of my wedding ring. Went to Shane Company to replace it with the 'lifetime'...

Shane Co.
27
%
Not bad, but could've been way better. This company does respond, but not as often as you'd expect them to.