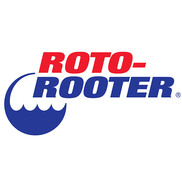 Having problems with Roto-Rooter Group?

On the morning of January 21, 2009 my wife and I noticed water backing up in the bathtub and shower. The...

Had Roto-Rooter come out to fix a drip on the main shut-off in the house. After the 2nd day of waiting tech...

Started with bad attitude over the phone. Was told no estimate could be given till the plumber was on place.
Was told betwee 4:30PM and 6:30 PM but they did not show up till 10PM and asked for $ 350 to unclog a drain.
NEVER, EVER had to pay more than $ 70 before to unclug the same drain in the past 6 years.

By then it was too late to call anybody else after my tenant had waited 6 hours without any use of their only bathroom...
I guess that was the whole purpose of showing up so late, give no estimate over the phone and overcharge me when I had no choice.
When I asked why that much, the plumber had no explanation, called the company to complain and got an attitude back.

WILL NEVER USE THEM AGAIN. WILL PUT A FORMAL COMPLAIN WITH THE BETTER BUSINESS BUREAU and make sure they get enough complains from me on the web to lose more than enough potential customer, they would have taken advantage of.

STAY THE HELL AWAY FROM ROTO ROOTER>

Two months ago our plumbing backed up. We called Roto Rooter to clear the line. Although we had a guarantee...

Resolved Overcharged for an unprofessional service

Roto-Rooter had the worst service ever! The plumber busted the outside wall of my house using a hammer to get into the pipe that leaked, cut the pipe, capped it off and charged me for $500! To top it all, he said that the company will not be resposible for repairing the damages he had done! I was so mad! If they don't settle this, I might end up going to a small claims court!

Roto Rooter is a complete rip-off. Please use a reputable plumber instead.

I called them to fix a clogged drain in my shower. They showed up, snaked the drain and finished the job 15 minutes later. Then they handed me a bill for $227.00!!! When I mentioned that they were only in my home a matter of minutes, they said they charged by job, not by time. Very convenient. They are in the business of snaking drains, they do so in a quarter of an hour and charge an outrageous fee for it. There are PLENTY of people who can perform this simple task for half the price. DO NOT use Roto Rooter. Roto RIP OFF!!!

Thursday night (10/2/08) at 7 pm we called Roto Rooter to have them clear the sewer line that had backed up into both toilets. My wife asked what the cost would be and the lady said she couldn't tell us until they were through. Since it was at night it would be a premium charge. We understood that and told them to come out. My wife explained we didn't have a clean out and they would have to go through the roof vent. She also asked what the cost would be to put in a clean out so it wouldn't be necessary to have the men go up on the roof. She was told it would run approximately $1, 200.00 but could be higher, depending on the work required. When the RR man came out I asked him what the cost would be. He didn't blink an eye and said $487.00.. I said, "You've got to be kidding, we had this done a year or two ago and you charged $289.00". Our problem was bad so I reluctantly told him to go ahead. I said, "The gate is unlocked, we have no pets so you can get on the roof there".. He said, "Roof? That means I'll have to have another man come out and the charge will be $605.00".. I told him "That is highway robbery" and to forget it. We had to wait until the next morning, and called Express Sewer and Drain. They came out in 1 1/2 hours, climbed on the roof and cleared the sewer lines (tree roots) and I also had him install a clean out in the front yard after he quoted us $600.00 for everything. They did an outstanding job and he worked his tail off. I would stay away from Roto Rooter and call someone else who will give you a firm quote. If you are in the Sacramento area I would definitely recommend Express Sewer & Drain.. [protected]

What a joke, I'm still laughing! I called for a clogged drain and could not get a quote over the phone...

To repair a popup leak, I was charged $241.95. This supposed to be a free estimate and yet he took everything...

Roto-Rooter Group
49
%
This company is on the right track to keep up with incoming complaints, but there's still plenty of work to do.