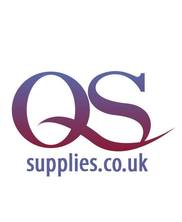 Having problems with QS Supplies?

ComplaintsBoard.com is not affiliated, associated, authorized, endorsed by, or in any way officially connected with QS Supplies Customer Service. Initial QS Supplies complaints should be directed to their team directly. You can find contact details for QS Supplies above.

Use this comments board to leave complaints and reviews about QS Supplies. Discuss the issues you have had with QS Supplies and work with their customer service team to find a resolution.

I have ordered a Reina Capo 500mm Wide Flat Towel Rail Chrome and a matching pipe kit among other items from the company (order number 342723). I received a notification that an item will be delivered on the 13th of January although the delivery company who contacted me was unable to confirm which item. The pipe kit was delivered on the 13/1/2021. I phoned the company a week or so later to enquire about the towel rail and they stated that they are unable to give me update as their supplier is only available via email but they will try to chase it. I phoned them again on the 29/1/2021 with this enquiry and this time they stated that it has already been delivered on the 13/1 and I signed for it. I do not live in the house yet as it is a building site. I explained that it is not true and they asked me to send them an email and they will investigate it. I got a reply that it is under investigation.
With no further communication or response somebody shoved up and delivered the missing item on the 2/2/2020. I do have four witnesses to confirm the same. I emailed them immediately with this news, requesting an explanation and a return.
On the 4/2/2021 I received another email from the company telling me that the item was already delivered on the 13/1/2021 as planned, therefore they are not accepting the item for return.
I replied to the email explaining that it is simply not true and I have witnessses to confirm the same. They replied this time that they will accept the return but I have to pay the return fee and has to provide a specific package for the item. Also the pipe kit is unused but opened therefore they refused to accept it.
It is absolutely unacceptable that they are not willing to admit their mistake. Clearly when we raised the issue and they realised that they made a mistake somebody quickly delivered the item without any trace, without requesting a signature. It has caused us a significant delay in the building works and in the end I had to buy a new one.
After all what happened it is absolutely unacceptable that they want me to pay the retun fee, not willing to accept the pipe kit and requesting us to provide special package for the items.

I placed an order with this company six weeks ago. I have still not received an item from the order. I have called and emailed for over a month, many many times with no attempt on their side to contact me in all that time. They have completely ignored all my questions for six weeks. The telephone operators first claimed the screen had been delivered, now they tell me it has been lost by the courier. The warehouse team whom I emailed said they would respond with 24 hours and have not replied to anything for ten days. At no time has any attempt been made to contact me or explain what is going on.

This company failed to deliver two items that I had ordered and paid for. A sink and a toilet. After paying for the items in full I was informed they were not in stock. They agreed to issue a refund. For some reason they have only issued a partial refund and still owe me £130. They keep telling me that they cannot process the refund as they had already ordered the goods with the supplier and that the supplier is closed. They said that until the supplier gives them the refund then I can't get it. They have also told that their account team is not currently working however they are still trading online so they must have some financial people operating within the business. This has now been going on for one month.
I have made a subject access request for all the recorded calls and any data on myself. They have not acknowledged this and I am considering reporting them for this. I can try and claim the money back from my bank but feel that they should be reported for this.

I can't explain how dreadful this company is. I ordered some items and after they didn't turn up on the date agreed I called them to find out what was happening. They said the items would turn up in a week or so. Therefore I cancelled the order and used another supplier as I had a plumber booked for a specific date. When I got the refund (weeks later) it was much less than I had expected. I asked for a breakdown of the bill and was told 'it wasn't company policy to provide this'. What? So I pushed harder and eventually got a breakdown. The refund was for 3 items rather than 4. I explained several times that I couldn't have the 4th item as none of them arrived! They wouldn't have this and have refused to issue a full refund. Upon closer research it appears that I am certainly not the only person experiencing issues so I will be taking legal action and informing trading standards about QS Supplies. Also, I am told most of the positive reviews on this site are written by their staff (ask yourself which company only have 5 star and 1 star reviews?!). Do yourself a favour and steer well clear of them.

Had a bath delivered
Had a bath delivered, got a plumber a week later to fit, all inspected before hand fitted Thursday evening, fill with water and silicone around bath and 20 minutes later bath split open and flooded bathroom. QS not interested, blame supplier only giving 3 days to inform of defects etc. Obviously oblivious to Consumer Rights Act 2015 which state's my contract is with them not the supplier and under this act I am entitled to a full refund within 30 Days. So now off to the courts to claim Bath flooring and refitting new bath, Very best of luck if you deal with this company. They have refused a refund even though the goods are less than 30 days old.

We ordered a sink from QS supplies, which came damaged (a corner was bent, so won't sit flush to the...

I placed an order for a bath, bath panel and bath waste, however, the wrong bath was delivered so I arranged...

I ordered a sink a and pedestal from QS Supplies 21st Nov 2017. The sink and pedestal were delivered 27th Nov 2017 late afternoon. Upon opening the sink package found that the sink had been completely destroyed and was smashed into pieces. Contacted QS immediately and reported it, you have to send a photo before they will do anything they said. The photo was sent, the next day saying the message had been passed on.

Beware when using this company, they take around 7 days to receive the package after they have collected it, collection date unknown despite contacting and reminding them several times. Then they say it will take approximately 7 days to resend the item.

Is this how a respectable UK company should operate?
First them delivering a completely smashed item?
Then they have no urgency to collect it?
Abysmal service to be honest, this is my first and my very last experience with such a poor organization.

Shockingly to say the least, we ordered over 4500 pounds worth of bathroom accessories/ equipment from these...

QS Supplies — Item not as described, difficult to get refund

I ordered a tap only to find that the photo on their website didn't accurately show all of the tap so I sent it back (that cost me £13!!). 2wks later I had not received a refund so called them - they confirmed that they had received the tap (I knew that because I'd had it tracked) and would chase up the refund. Another week, no refund. I then raised a case against them through Paypal who supported me fully and yet they still dragged it out. I won't use them again and I'd tell anyone not to use them. Shysters...

We made our bathroom suite order on the 28th Jan 2017 for an entire bathroom and were told 5 working days it...

I'm just so upset with this company. Ordered a panel for bath when it came it was not fit for use.no...

I've had problems with this company since summer 2014.. and up to this day.
1. Their 'guaranteed' delivery of a range of bathroom equipment on the date they promised several times was not done, and as we live abroad but were travelling in the UK at the time, the delivery to a UK friend's address was done after we had left. Due to circumstances we only had these goods delivered by those friends 10 months later.
2. When goods finally reached us, and again having a new contractor on standby, we noticed only the tap heads were delivered, not the main body.
3. Worst of all was company's handling of this issue. Rude and impolite, in a way that you would not expect anymore, anywhere, these days. After several weeks of e-mailing, phoning and no responses, they simply informed that their system showed that all had been delivered. For them, it was case closed, and they stopped all communication.
My take: a bunch of people who are either (i) bona fide and just not up to their task, or (ii) male fide and crooks who know exactly what they are doing and belong in jail.

QS Supplies — Returning an item they sent out wrong!

It all started by 2 missing items in the leg and plinth kit, to go with the 800 x 900 shower tray purchased...

Since engaging with QS Supplies 5 weeks ago I have experienced one problem after another, and would advise...

QS Supplies
40
%
This company is on the right track to keep up with incoming complaints, but there's still plenty of work to do.