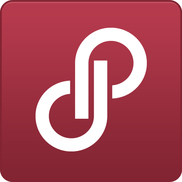 Having problems with Poshmark?

ComplaintsBoard.com is not affiliated, associated, authorized, endorsed by, or in any way officially connected with Poshmark Customer Service. Initial Poshmark complaints should be directed to their team directly. You can find contact details for Poshmark above.

Use this comments board to leave complaints and reviews about Poshmark. Discuss the issues you have had with Poshmark and work with their customer service team to find a resolution.

Poshmark — Boots, supposed to be red wings but aren’t

So whatever you do, do not order anything from Poshmark. They won't guarantee there products, and refuse to send a refund for faulty products. I sent pictures for f the boots I ordered with the soul coming off, and they won't do anything to help. Just a warning. My husband wore these for about 2 hours and the souls just fell off. The seller accused me of using different boots. I asked Poshmark for help, and they refused. Sellers name for s Tracy Maconber from Upland, California. I would recommend you don't bye from this seller or from Poshmark.

I received a message from poshmark that stated "We cannot confirm the authenticity of the lock. Therefore it will not be included in the order." This item was purchased from The Real Real who authenticates every item before putting them for sale. The lock on the bag I sold was authentic! So now they steal my property? They do not send the item back. This is theft.

Poshmark — I haven’t received my refund

I purchased a pair of boots around October 5, 2020 when I receive them there was damage that was not disclosed. I filed a complaint and was awarded that once I shipped back the item I would be given my money back. On October 13th the damaged boots were sent back, but I still haven't received a refund. When I write Poshmark support they don't even acknowledge the situation. As if they didn't even read my third email now. I am getting so upset as it was over $200 and I am a single mom who was just trying to treat myself but now I'm getting completely screwed over. I have pictures of everything too. Which I'm glad I took cuz suddenly my ‘case history' has disappeared. As you can see in some of the photos I'm attaching, they don't even mention my refund.

Poshmark — I was billed for something I never got

I was looking at handbags on Poshmark the first week of September. I did see one that I thought about buying. I never bought it. Now Poshmark has billed me $22.11 on September 10th, 2020 and I NEVER RECEIVED ANYTHING from them. I consider this stealing and would never go on their site again. Their customer service of course doesn't answer and the mailbox for them is full so no messages are allowed. They charged me for something but I got nothing!

Bad experience with poshmark! They allow sellers to sell products that are not descriptive I bought a pair of shoes that the left shoe was a half a size larger at stretched out Poshmark refuse to take it back don't buy from Poshmark because sellers are not giving you the true information on the products Poshmark refused to refund money and had the nerve to tell me to donate the shoes! I'm done with poshmark!

I purchased a pair of loafers. The seller posted a photo of the sole of the shoe with/ 7, 5M on it. In her...

Poshmark — Item not as described

Poshmark — sellers not shipping items or no communication

I ordred a nike top and they did send it but got returned to them, have no idea why. i contacted poshmark and they send a new address label for them to ship but it wasn't shipped so got a refund. now, 2 weeks later, they relisted the item and i bought it now. now, 4 days later, and it hasn't shipped and no communication on the item. it probably won't be shipped and the money has been taken. why won't it ship since i bought it now? really frustrating

Poshmark — my money is on hold for 2 weeks!

Poshmark is holding my $960 almpst for 2 weeks against their own policy.
First item was shipped to them for their quality and authencity control after 5! days they send it to a first time buyer. Their policy clearly stays that after 3 days after delivery money automatically released to seller It has been over 11 days now and NOBODY replied back to me. I am getting automatic brushoffs daily, that, somebody' will be intouch in 24 hr... it has been now 11 days already!! where is my money???

Item has been received on FEB 7th today is Feb 18!!

I ordered several items from poshmark. After checking my account, there are 100+ withdrawals from my account including two deposits back into my account during the months of january and february. I will be reporting them to the better business bureau! Buyers beware!!! Also, several items ordered were different sizes or in poor condition when received.

Poshmark absolutely refuses to show similar items until AFTER you have already bought the item. Meaning when that same exact dress you just bought shows up another two times and is up for half the price you just paid? They don't care. Poshmark doesn't care about the customer, just the seller. They won't help you find a similar item, just want you to buy.

I had a buyer by the name of sheila Hemric who sent me a fraudulent check for $1200 for a $15 dollar dress, she claimed that her husband sent it by mistake and that her daughter was in the hospital and earlier that day I got an email from a gentleman named Donald robben stating the exact same story about his daughter in the hospital. The woman harassed me into depositing the check and after checking with my bank they did indeed find out it was fraudulent. The woman wanted me keep $60 of the $1200 and send the rest back with her package. Beware of this woman and man they are scammers!!!

The sellers there 98% of them are low-life crooks. I tried to purchase a shirt on there and the seller doesn't respond and they don't ship! THIS is why Poshmark has a bad reputation. And there's not enough protection for the buyer! They need to put a time limit on these sellers to ship their orders, and they need a better message system! Not public ones for all the world to see. The website is TRASH and so are most of these sellers!

I was given the impression that all I had to do was hit "not accept" to return an order, not send pictures which my phone won`t do. I wish to return and item that is in the exact condition that it arrived in but am being blocked from submitting my "not accept". If this is not resolved within 24 hours, I will be contacting my credit card company. I will also return the item with proof of delivery and post my experience on Facebook. Thank you.
.

Poshmark has repeatedly allowed "Gothrose" to leave harassing posts on other members boards. If she doesn't get
the attention she thinks she deserves, she posts worse comments, and Posh does nothing. No wonder this site has
such a terrible reputation. They really only care about the scams, and making money off unsuspecting victims.
They should be shut down.

Hi, i understand under the circumstances you cannot refund me the money but I'd like to make you aware of the...

Poshmark — 4 orders being charged to my checking account which I didn't make.

The Fraud dept of my BB and T bank called to verify a charge to Poshmark for 36.79. I told them it was Bogus and I cancelled the Debt. card ending in 6153. They told me there were 3 other charges in the bank, for 25.79, 55.79 and 9.99. We didn't make these charges, the debt card is now cancelled and I want these charges reversed.

the transactions were from yesterday, 3/6/19. The name on the card is Ann Eggleton of
2453 Shore dr. Ashville, Al 35953. She must have misplaced of lost her debt card.
My email address is [protected]@ncpsolutions.com
thank you

I had a bad transaction through Poshmark.com with an unscrupulous seller who sold me rain boots which were defective and leaked and were peeling at the seams, I took pictures of the item and filed for a return the same day I received the item, using Poshmark's online system. I was denied my claim based on false trumped up charges and false allegations, all which could be proven false by the date and time of the delivery, and time the photos were uploaded. I contacted my Bank and filed a claim with their claims department sending them the pictures of the defective item. The Bank was horrified about the scam, and was very sympathetic to my cause and allowed me to file for a reversal of the funds. The Bank gave me a temporary refund for the amount of the item ($42.49) while they proceeded with their investigation.

When the Bank contacted Poshmark, they falsely alleged they had given me the refund, using a different refund amount of a different item that they had in the past refunded me, and had the money I had received from the bank for my claim removed from my account.

I contacted the Bank and explained that there were two different transactions: one for $35.99 on Jan 16th, that I had been refunded for by Poshmark, and the $42.29 item purchased on Jan 14th that I was not refunded for. The Bank Rep said "yes I can see there are two different transactions, and the dates of purchase and the amounts differ." So Poshmark basically lied to the Bank and said they gave me the refund when they did not, and pulled up a different refund and gave the bank that amount which was then withdrawn illegally from my account. The Bank Rep said, "don't worry we will get you your funds back and continue to investigate your claim."

It is pretty serious when Poshmark attempts to defraud it's customers by giving the Bank erroneous information about different transactions in order to steal from consumers!!!

This app don't have customer service and customers have to send emails Poshmark don't answer the email my account has been suspended for no reason I'm trying to contact Poshmark but that's really hard if they don't have a real customer support for any issue until now I don't know the reason of why my they made a decision to blocked me I don't have access to make any purchase I totally understand if I had bad behavior with others but I consider it myself as a 5 stars buyer I order every day I spend a lot of money and I don't deserve it they have advice the customer why they're blocking that account and that way peoples can delete the account.

ALERT! Poshmark retains buyers' personal bank info! I tried to use Paypal and Poshmark would only accept it...

Poshmark
2
%
Doing nothing would be this company's favorite pastime, if they had the energy for it.