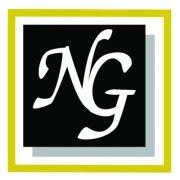 Having problems with Northland Group?

ComplaintsBoard.com is not affiliated, associated, authorized, endorsed by, or in any way officially connected with Northland Group Customer Service. Initial Northland Group complaints should be directed to their team directly. You can find contact details for Northland Group above.

Use this comments board to leave complaints and reviews about Northland Group. Discuss the issues you have had with Northland Group and work with their customer service team to find a resolution.

They front load interest rates like gmac did under the rule of 78 I thought thies were behind us but thies people are modern day jessie james crooks of the fiance trade do not do business with them if you have good credit go to you bank I bought a trailer put $10. 000 down thought I was in good shape paid 6 months $75 too $100 over my payment amount covid got me and the company I bought the trailer from made me a offer to buy it back but the crooks I financed it with I still owe $500 moore than I financed if you have bad credit I understand you have too use people like this but if your credits good run like hell from old jessie and the gang

I Patrick Smith paid my Capital One credit card debit to Northland group in Bloomington Minnesota. Now I have another credit Company trying to collect on a debt that I have already paid I tried contacting Northland group but they will not answer the phone. I paid this debt and I am confused because I should not have to be going threw this again when i paid the debt off. I need help with this group because I believe they stole my money and didn't inform capital one of the debt being paid. Then when the phone rings they pick the phone then they hang the phone up. Unable to resolve with them.

The first was a request for payment in full, the second, using the same total, was an offer to split the cost into smaller monthly payments

Called the major retailer to let them know and they did not have any process by which the matter could be addressed.

The BBB site does not allow for collections related posts/complaints.

We knew this was a false claim due the account being closed and we verified the zero balance with the retailer, however, the mailings are likely to easily convince others to send in payments as they give the appearance of legitimacy.

I received a letter from this company stating that I owe $25, 036.13 to a company called LVNV funding LLC...

about 3 years ago i moved to my current address. i purchased cable through time warner and bundled internet...

The complaint has been investigated and
resolved to the customer's satisfaction
Resolved Northland Group Inc. — collection letter

I received a letter for a debt that I never had. They have been doing this under the name of Portfolio Recovery Services since I moved back to the US. And now I am getting this from Northland Group Inc. I think they are all linked. I was out of the country for 10 years so there is no way I owe anything!! The statute of limitations on credit cards is 4 years so I don't know how they think they can even try to trick me. I don't understand why these companies are allowed to rip people off. So many people get scared by these letters and pay money they don't even owe! It's really sad.

Telephone Number [protected] keeps calling our number and asking for a person who has never lived there, I told them we had lived in this house for over 47 years and nobody by that name has ever lived here. They keep saying they are going to remove our number; yet they keep calling and I tell them the same thing over and over.

In May 2012 we recieved a letter from Northland Group offering to settle a debt my daughter had for a total $356.94. In return they would send us a letter confirming the debt had been settled. We paid them the money since our daughter was unemployed and could not pay herself. Not only did we not get the letter promised but they never settled the debt. In essense Northland Group stole our money! Now we still have debt collectors calling wanting payment for the same debt Northland Group was paid tosettle. Do not sent these crooks any money! You will get nothing in return.

We have the phone number [protected] which over 5 years ago belonged to Andrea Chambers. We have had it for over 5 years and companies won't stop calling us for dunning her. We have repeatedly asked them to stop, as she no longer has this number and it just continues. Make them stop harrassing us please !!
Carol Leader

Someone from the Northland Group called to settle a debt on a 1st Financial Bank card. I do have this debt, so I agreed that I would like to make payments. Unfortunately, I'm having some health issues at the moment, and I've had to reduce my hours at work because of it. I told him this and said the amount that I could pay each month. He asked me if I ever wanted to pay this account off. Did I not agree to just make payments?? That wasn't good enough--he wanted a lump sum payment that I could not afford. Then he proceeded to tell me to borrow the money from my parents and pay them back later. My parents are deceased and have been for many years. I cannot get a loan from my bank because of this credit card, so he told me to try other banks and open up other credit cards if possible. Was very rude and kept stating that I didn't want to settle the debt. I had to yell over him that I did want to settle the debt but they would just have to take all that I could afford right now each month, that at least i'm making an effort. He then told me that it wasn't good enough and that after 6 months, i'd have to make a lump sum payment. I felt completely attacked the entire conversation. Really did not like dealing with this man or this company.

I received a notice over the weekend from the above referenced company. I was very upset to see that they are...

The complaint has been investigated and
resolved to the customer's satisfaction
Resolved Northland Group, Inc. — Collections SCAM!

My boyfriend received a settlement letter from this company stating he owed Macy's almost three hundred dollars but we could settle for 3 payments totaling $126.66. We knew he had an old account with Macy's that he did in fact owe on so we paid the three payments and went on with our business. Now I see all kinds of things about this company being fraudulent?! Now I don't know what to do! They are accredited by the BBB. I called and got transferred to someone else and then that person wanted an account number or a social security number. I told him I didn't have the account number in front of me and I wasn't giving them a social because they were a scam! So he said he was going to transfer me to a supervisor and I was on hold for a few minutes waiting so I hung up. I plan on calling back with the account number. I've already called my bank and started the process of filing a fraud claim against this company but I'm trying to do more research before I go through with it. There are almost 300 complaints against this company on the BBB website!

1/26/2012 RECEIVED A LETTER FROM THIS GROUP STATING I OWED MONEY ON AN ACCOUNT I'VE NEVER HEARD OF. I CALLED THE COMPANY AND SAID LAST PAYMENT WAS MADE ON ACCOUNT ALMOST FIVE YEARS AGO. WILLING TO SETTLE TO A LOT LESS THAN WHAT IS OWED. I DON'T OWE THIS MONEY - NEVER HEARD OF THE COMPANY THEY CLAIM IS OWED.

I received a letter from Northland today stating that I owed $763.92 to Citibank and that they would settle...

This company called me today 12/16/09 and informed me that I owed money on a credit card that I closed that account 10 years prior. I called the store that the card was through and was informed that if I did in fact owe money they would of found it through my SS.

As I already knew, nothing was found. I called Northland Group back and explained that I did not owe and they still insist that I do, I then called back the store that I had the card through and they reassured me that I do not have a debt with them. So, if northland group contacts you for an alleged debt, check all records and don’t give any personal information.

Northland was collecting a debt that I had with capitol one on two credit cards.I paid them off in 2004 and they sent me a letter of satisfaction.In April of 2008 they sent me a bill for the exact same debt.I faxed them a copy of the satisfaction letter, and I thought that would be the end of it.Then they sent me another collection letter September of 2008.I called them and they replied that I only paid off only one of the credit cards.Both cards totalled $700.00, the collection was $1750.00, which I paid.Now they are trying to charge me again.Can they really get away with this.What can I do about it?

They got my unpublished number and called and stated they were collecting on a bad debt from citibank. I advised them to call me back in a few days to work out a payment arrangement, Never heard back from then, Instead a company Client first from boca raton florida called and said that I have a structured settlement that they wanted me to have them help me withdrawel my funds to pay off old debt that i had. I told them that i do not own any structured settlement. I was not interested in talking to them. Recieved several other phone calls from northland that they wanted to know the details of why i have not be able to pay off the debit from city bank and wanted information on on my monthly income. I discountinued the calls. then client first continued phone calls to me with phone numbers that you could not return back, block numbers. Once I told client first i will call the police and report them, all phone calls from Northland group & client first stopped.

Northland Group
59
%
This company definitely cares about its customers and responds to overwhelming majority of complaints.