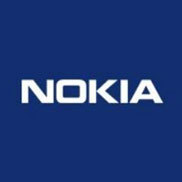 Having problems with Nokia?

ComplaintsBoard.com is not affiliated, associated, authorized, endorsed by, or in any way officially connected with Nokia Customer Service. Initial Nokia complaints should be directed to their team directly. You can find contact details for Nokia above.

Use this comments board to leave complaints and reviews about Nokia. Discuss the issues you have had with Nokia and work with their customer service team to find a resolution.

I had mailed to [protected]@vsnl.net for recovery of my husband's lost mobile phone on 16th Jan 2010 and till now there is no response. I mailed them again and now i get the msg back saying it is undelivered. Please help me in finding out my mobile. Details are as follows:
(Police FIR copy No. 162/2010, Dt. 17.01.2010, Powai Police Station, Powai, Mumbai-76)
Name : Harshad Satwe
Address : H2 Bldg, IIT Lakeside Gate, IIT Powai, Mumbai
Phone Model: Nokia 7210
Last used No. [protected]
E-mail -harshad.[protected]@lionbridge.com, shravani.[protected]@gmail.com
Missed date : 16.01.2010
IMEI No. [protected]

The complaint has been investigated and
resolved to the customer's satisfaction
Resolved Nokia — nokia-turkey, connecting or disconnecting people

Although, mr. Stephen elop has admitted that & ldquo;our platform is burning”, I think he should also worry about huge & ldquo;unsatisfied and ignored nokia customers club” in turkey.

Honestly, I have been a potential member of this club during the last decade without realizing the awful truth. But today, correlatively to & ldquo;ignorance is bliss”, my ignorance has ceased in a sad way, just like the other thousands of customers ignored by nokia-turkey.

If some of the main consumer complaint websites in turkey were investigated, honestly there is no need to make any investigation, just a small & ldquo;look” is enough, it is very clearly seen that thousands of people in turkey suffer from & ldquo;customer oriented approach!” of nokia-turkey that I could not see (Or did not want to see or did not need to see) during last decade.

Strikingly, most of the stories have almost the same beginning, body and conclusion parts. Begining is & ldquo;i had bought a nokia xxxx from…”, body is & ldquo; after my nokia xxxx has broken I have send it to technical service…” and the conclusion is & ldquo;even if nokia could not repair my mobile during 30 work-days, they do not change my mobile phone”.

As almost every country, turkey also has consumer rights laws and regulations, and in these laws and regulations it is clearly stated that if the device can not be repaired within 30 work-days, the producer must change the device with a new one. But nokia strangely insists on not to respect these laws and regulations. Honestly according to point of view of nokia-turkey, they have also respected these laws and regulations, but & ldquo;the nuance” is that, changing the pcb is called & ldquo;changing the mobile”. Whenever you tried to demand a new mobile from nokia turkey, they respond with & ldquo;ok, we have also started changing activities, we are waiting for a new pcb. We are going to change your phone’s pcb, so you are going to have new imei number, so you are going to have brand new nokia.. & rdquo;, perfect!. But as we mentioned above according to us, changing the pcb is not a & ldquo;device changing activity”, technically it is a & ldquo;repairing activity”, in colloquial speech it is & ldquo;playing nokia customers for a sucker and trying to use a legal gap badly”

I think it is not needed to explain to you my nokia 6730 any further. My story has also the same beginning, body and conclusion parts as the others written in turkey.

Another part of the issue is not locally, it is globally. As some terrorist organizations do, I think nokia has also chosen cellular organization structure for their crm system. There is no higher authority for your complaints. Even if you ask nokia-turkey to have at least a level higher e-mail address, the answers is to easy and standard; & ldquo;sorry we are unable to give these kinds of information”. I think they got me wrong, I do not need to know nokia corporation’s bank account numbers; I just asked a high level e-mail address where I can send a mail about my problem which is not solved by nokia-turkey. After 3 days of research done on internet, and even asking to some of nokia care pages from other countries, only the thing I get about e-mail addresses is a huge & ldquo;nothing”. Nokia can really hide such & ldquo;secret” information. May be nokia-global implicitly says their customers that & ldquo; if you have any problem, just stop moaning and accept the reality, everything will be stay between you and your local nokia dealer, I do not get involve with this issue”

I think sometimes changes is better, maybe it is better to try an iphone or a blackberry. I should also admit that I have to thank nokia to cure my nokia obsession, especially when they realize that their platform is burning. And if every thing goes at this rate, everything will be much hotter for nokia, especially for nokia-turkey

If somebody knows nokia-global customer care’s email address pls do not hesitate to send this mail to this address instead of me, if there is such a department or someone who care about such issues.

I have purchase NokiaN97 in April 2010 ( IMEI-[protected]) & started facing problem in December 2010. As a warranty claim I have submitted to Vadodara base Nokia Care centre on 1oth January, 2011 (Jobsheet [protected]/110110/16) & started false commiay commitment by Nokia people. Since last 25 days I am chasing thru mail/telephone but No reply from Nokia care.
Now I decided to log in official complaint thru Consumer Forum.
But Sorry to say after using 10 years of Nokia mobile this type of service support has change my mindset.

i recieved a text this morning that my mobile has won the a price of 115, 000 pounds payment number NK171 and for claim i should contact Email nokiauk dept @live.com and phone number +[protected] or +[protected]
i call the line and the person i met instructed me to send my email addres. pls. i want to confirm if it is true .
[protected]@yahoo.com

I am amol bodake, this is regarding my mobile: model 1800 product code 0594703 esn/imei number [protected]. I purchase this mobile on 28/jan/2011 with warranty ref number: glbiny444456693.
before purchasing the mobile, I was so sure about your brand and quality. unfortunately, all that I have heard about your brand and my experience after purchasing your product is different. I was so surprise that within period of 2 months I have to give this mobile for servicing two times, but my surprise dint end here when I got another shock from your customer care executive when he replied my query by saying & ndash;“sir this model is problematic and we have more customer with same problem & ldquo;.
could you answer my two queries?
1) if the model is problematic, why don’t you stop producing it?
2) is it possible for you to give me good replacement for my mobile handset?
I hope you will look into this matter, because from what I have heard about your brand, replacement or compensation will not be problematic to you. I will love to have personal conversation with you; I can be easily contact on my mobile and email.

I bought 2 nokia 5130 mobile phone from dial com mobile shop souk nagadha al asmakh doha qatar. On march 2010. Serial no [protected] and [protected] both of the cell phone are now dead and I gave the same to nokia care point, consolidated gulf co 3, al asmakh doha qatar. They checked the same and tell me the repairing cost will come around 700 for both of them. Now tere is only 365 / - for new 5130 mobile phone. I don't know what is the meaning of nokia care. Can you help me and repair the same. Thanks sajesh. T. A mobile [protected]

I received an SMS fro Paul Benson claiming that I have won R95, 000- Please have Nokia investigate this- It's obviously a scam and very misleading! Also illegal!!! These ###s who have npthing beter to do than scam people out of money should be called to book!!!
Mariane Smith

R/s, I have purchased a new nokia 5230 mobile handset from your authorised dealer m/s. S. S.Communications, near S.B.I.Treasury Branch, Kolhapur on dated 7/12/2010.After fifteen days of purchase my handset, started hanging occasionaly so many times . Thatswhy I shown to your care center @ 1005 B Jain Galli Kolhapur on dated 6/1/2011 vide Job No.106/11. In your care center repairing is not done properly. They made the original noise of the hand set very very low.& any data is not saving in the memory card, as there is having plenty of of blank space (free memory) . I told regarding the same problem but there no one given me any solution . Therefore it is requested that please look inthis matter properly and advise to care center for proper repairing.

The complaint has been investigated and
resolved to the customer's satisfaction
Resolved Nokia-claimsdeptsignlive.com — scam sms message

Nokia Jumbo Promo — is it a real promo

I have recieved a Txt message from nokia in great britain from this No. +[protected] with the following;...

The complaint has been investigated and
resolved to the customer's satisfaction
Resolved Nokia 5230 B. Black Mobile — nokia 5230 b. black mobile missing

i bought a nokia 5220 music xpress mobile worth rs.8000 on 16th jan, 2009...after 1 week the problem started.suddenly a white screen appears nd the cell gets swithed off, then after 2 days it got struck and didn't start.i took it to nokia care nd they said it was a software problem.within 1 yr the problem repeated for 4 times and every time i took to nokia care with a hope that it wont repeat.and now this is the 8th time i got the same problem.please provide me with a solution to solve this problem permanently.you can contact me on sowmya.[protected]@gmail.com

Nokia
38
%
This company is on the right track to keep up with incoming complaints, but there's still plenty of work to do.