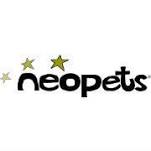 Having problems with NeoPets?

ComplaintsBoard.com is not affiliated, associated, authorized, endorsed by, or in any way officially connected with NeoPets Customer Service. Initial NeoPets complaints should be directed to their team directly. You can find contact details for NeoPets above.

Use this comments board to leave complaints and reviews about NeoPets. Discuss the issues you have had with NeoPets and work with their customer service team to find a resolution.

I would no longer recommend neopets to anyone who would like for their child to play. I used to have faith in this site due to how protective the moderators were about abuse and keeping the site a family oriented game, but the new moderators and owners of this company no longer care about anything other than money. They will take your money, refuse to give proper customer support (the average wait time is 3+months? Are you serious?) and it is impossible to get a hold of a real person who can help you with any of your problems. By the time the wait time is over, your account info can be lost from their system to the point they can't even help anymore. It is ridiculous.

I signed into neopets on 12/05/11 only to discover my account had been frozen, the alleged reason I cheated...

i was unfairly frozen off my seven year account from neopets, i did nothing wrong, i am a 39 year old mother of three and housebound, i loved playing neopets but i was moving home and somehow my account was accessed and used to scam other users, i reported this to neopets and while awating their help i was frozen, their reason i scammed other users, i have tried since march 09 to get them to see it wasnt me, someone accessed my account and did the damage, they say( thats not the case, no one accessed my account but i accessed others, )i have proof i wasnt on the computer on the days this happened but they wont listen, all you get is automated responses, i was a good honest player on neopets, had a great account, didnt have neofriends or bothered with anyone, and am really annoyed this has happened but the most frustrating part is no-one will listen or respond, its happeneing constantly with other users also

I found my account to be frozen for no just reason. As other complains about neopets have gone, I'm an...

My wife had been playing neopets since the game started around 1999. She wanted to try the premium account so...

I have a long story and several major complaints against this website, Neopets.com. I have been a user of their site for nearly six years now--I worked hard and earned lots, many trophies and prizes I can never earn again. My virtual pets are as precious to me as my living pets. I recommended friends and family to the site, kept all their rules, and generally just played quietly and contently.

In December 2007, much to all our shock, the accounts of my entire family got frozen one day without warning--all except my main account oddly. My sister lost 3 accounts, my brother lost 1 and I lost 4 side accounts. We sent in inquiries about what had happened, trying to explain that we were all different users who shared a PC. They barely responded except for generic automated messages. My sister was devastated and hysterical for a long time after the fact. I still am upset but hopeful that I may one day again see my side pets.

In Feb 2008, I sent a suggestion in. I noticed an item on their site that seemed to break one of their own rules--the rule that political, social, and religious issues weren't allowed on the site. I had sent many suggestions in before and never received any replies. So, I was quite shocked when I did receive one. However, the admin who sent it was very rude and sarcastic and insulted me and my religion in it. She basically implied I was a religious nut that fish grew legs to run away from and that my religion and beliefs were less serious than jelly. When I responded stating my indignation and asking for an apology I was ignored.

I continued to ask for my side accounts back and an apology over the next few months and received nothing but automated messages. Then, in Sept 2008, right after I again asked for an apology my only remaining account was frozen. I again sent in inquiries. This time I wasn't even given a consistent answer. I was told it was frozen from everything from having multiple accounts (when I only had one left) to having cheated in the beauty contest (which I can't even enter cause we don't own a scanner). The kicker of it all is that the email address I get all these automated replies from is the same address as the one who mocked me earlier! I ask what evidence and what made them think I was cheating and get no answer. I am convinced that I did nothing wrong and was frozen by this admin out of spite.

I have even taken up my complaint with the Better Business Bureau (which y'all can do to and please do so!) and the Federal Trade Comission. Once again, Neopets Inc failed to properly address the issue.

I'm not the only one, hundreds of innocent users are unjustly frozen and can do nothing to get their hard-earned accounts and pets back. The internet is loaded with horror stories, even from paying users who are treated like garbage by the customer service! They even hide all their contact information so that the only way you can take an issue up with them is through autobot-guarded emails. It frustrates and sickens me to think about the treatment I've been receiving after being a loyal user of their site and paying for their virtual items. It saddens and hurts me to think about my precious pets being trapped forever because of one malicious admin. This crap has got to stop.

After playing neopets for just over 3 years and having just paid another $69.00 for another year of Premium...

NeoPets
75
%
Fast & efficient, this company is head above their competitors when it comes down to taking care of their customers! Keep up the great work!