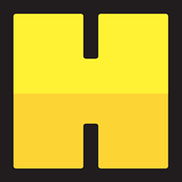 Having problems with Habbo?

This is by far the absolute worst customer service that has ever existed. 10 years ago when they had humans working the customer service, those muppets used to get tricked into giving out peoples passwords. Now these days the customer service is almost entirely made up of copy and paste bots. There isn't a single human who reads your issues. A 5min solution to my problem hasn't been resolved after 8 months of continuous requests. I'm fairly certain that this customer service is not within EU law. Right now, they have no way to meet a gdpr request of users who cannot login into their accounts.

The helpdesk absolutely does nothing to help, it sends back botted responses.

Ive been trying to get my account which has over 500$ worth of items. Sulake's habbo.com already confirms the moderation they use is a bot.

This company has the worst customer service that refuses to help. I want my account back.

I wont stop until they help me, ill sue if i have to.

habbo hotel staff doing nothing when I responded to their email telling me someone changed my accounts email.

I received an email from habbo telling me someone has changed my email and I instantly put in a help request to let them know I was being hacked.
They didn't do anything right away, not lock out my account, not make it so the hacker didn't have access to my account.

Because of habbo hotels staff I have lost all of my furni/rares/coins, they also told me they will not give me any of my furni that was taken.

Im mad because I told them instantly that I needed help, and they did not help me.

So, I will not be using habbo hotel anymore, and im going to highly recommend to all of my friends ive mad on there to not play habbo anymore since they have poor customer service and don't actually do anything when you need their help.

Overpriced - In Every Way

I Am very dis satisfied with Habbo Hotel. I have Sent them 5 tickets which I haven't received a reply...

banning for no reason at all

i was chatting on facebook and my habbo was online, i didnt say any bad words or anything before goin to facebook, when i went back to habbo which i left online, i was banned, i didn't talk to anybody i wasnt even on habbo, i cant believ this shet, they have no damn right to ban people for no reason, people pay real money to get this ### fat,

I got banned for saying skype on habbo and this was saying no i dont have skype to someone and then well my ban was supposed to end 3 and half hours ago and when i try to log in it still comes up with you are banned and the time of expiary date is 3 and half hours ago, its really annoying and frustrating because i just want to get back on. I dont think i deserved to be banned in the first place but this is just over the line.

need to raise the age limit

hi my son signed up with habbo hotel as it was meant to be like the sims. I signed up so I could see what it was like as my son got a few inappropriate comments. The age limit needs to be raised from 13 years old. I didnt say anything just accepted friend requests and was told they wanted to have se* with me by 7 different characters.
I went into the freeze room and a few other rooms and just watched the conversation as it appeared at the top of the screen. I was shocked at the sexual comments that were made. they were very suggestive and others just plain obvious or straight to the point. like telling the other character to get on their hands and knees and s**k them off.
I played one of the freeze games and i won and was then called a sl*t, who*e, bit*h, dog and many other things.
My son is banned from habbo now as are a lot of his friends once i have told them what i read. He will not be going on even when his 15.
I am disgusted that it is not monitored better. There should be a block on half the words i saw written.

not Compatible with anything other than PC.

Habbo Hotel SHOULD be compatible with other hard drives such as iPod Touch, Wii, maybe a psp. It's not fair to people who's computer is broken or crashed and they want to get on. Like me, me laptop crashed and now I can't play. I have an iPod Touch (which I'm on right now) and a Wii. They should make an app. For the iPod.

I was normally going on habbo as I do everyday, when it said it had done the merge. I went to sign in and it said it couldnt find my acount. When it finally did find the acount I was really happy. But now it says i have made to many mistakes on my name for i cant get on anymore. i have lost about 200credits worth of stuff because on this stupid merge!

This is a obvious attempt at ripping off Habbo's users and MUST BE STOPPED!

when i was playing habbo ( ive been playing for a few years now)
i bought 400 coins worth of stuff and i was scammed by a mod. i didnt give my password, did not go on free coin websites, did not use retros, i just played habbo and avoided scamming the best that i could but i guess my best was not THE best. Mods are allowed to pick peoples furni up so beware if this happens to you. i notifyed the staff and they said "sorry" sorry dont get back all the money i spent "sorry we scammed you" is basically what they told me

I have played on Habbo.com for almost a year now. I always wanted coins...well i finaly went to Target to buy...

I was recently banned on a game called Habbo (www.habbo.co.uk) which is a usual thing on the game. But I was banned permanently for something I didn't do (I know it sounds like the same thing over and over). I had spent well over £150 on the account and they a lot of people without thinking about it.

I was banned for unauthorised access to an another account. (Which from them is hacking another user). I went off 3pm the day before and came on the next day and I was banned (the ban was at 3am...)

So as I expressed my concerns for the unfair ban, I asked over and over to review the ban and logs. They didn't and refused to do anything. I was then told by one of the staff to stop sending emails cause he will just ignore them and not reply. That is from Ludus who is the support staff.

I demanded a refund for everything spent because if they go banning everybody unfairly who has spent money, then they are frauding everyone out of their money.

I went on habbo one night and I bought HC for 6 months. I Vought loads of stuff and my room was PACKED! with furni! I Was really happy. I went offline and came back on the next morning. After half an hour, my computer came up with. Your account has been accessed on another computer. There was nothing I could do! An hour later I logged back on and I had been banned until 27/12/20! Thats 11 Years Away and I Din't do anything wrong! Its Sooooooo Unfair! :(

Habbo
0
%
Doing nothing would be this company's favorite pastime, if they had the energy for it.