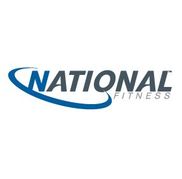 Having problems with National Fitness?

ComplaintsBoard.com is not affiliated, associated, authorized, endorsed by, or in any way officially connected with National Fitness.

I have fulfilled my 1 year contract for a personal trainer. I do have a copy of the contract but my copy is so faint that I cannot read it. I was informed by my gym that the contract is automatically renewed. I didn't have a clue this would happen. I sent a certified letter and have proof of delivery. When I call the company they say they have 30 days after receiving the letter to cancel the contract. My credit card has been charged for 2 months of services I did not receive even though I cancelled my membership and have put the transactions in dispute. Should I just close my credit card? I am so aggravated. I like the gym and I really didn't want to cancel my membership with the gym, only the personal trainer contract.

First of all, I walked into the Spring Hill, TN Location after I got off work around 8pm (they close at 10) and Nadine didn't seem too happy to sign me up because she actually TOLD ME she wanted to go home.

Second, AFTER I had signed a RIDICULOUS 3 year contract, I was told I could have signed 1 year for only $4 more a month. That certainly put a bad taste in my mouth... I did not work out that evening and went home to sleep on it. I read over my contract more carefully and noticed I could cancel within 3 days...

Third problem, I went back the next morning around 9am and told them that I had changed my mind and would like to cancel. Rob told me that I had to send a letter to home office via certified mail along with a $20 administration fee in order to cancel (that was not stated in the contract).

Fourth, after the company received the letter and admin fee and the contract was voided, they still felt the need to charge my account for the first month)

Here is the letter I wrote to them:

I canceled my membership within the 3 day period and was told by Rob in Spring Hill to request in my 'Certified mail' letter that the account on file be billed for the (ridiculous) $20 so-called administrative fee. That did not happen and I received a bill. I paid that immediately, and yet was still charged for the first month's membership payment.

Long story short, I am currently out $77.90 because of your company and I was not even a member for 24 hrs. I never even used your facilities.

-$15 for the scan-in card that I never used and will never use.
-$20 for the 'administrative fee'.
-$3 for the letter that just HAD to be sent via certified mail to cancel my membership. (My contract could have just been thrown away and all of this trouble would have been saved for the next victim.)
-$39.90 for the first month that was NOT authorized to be taken out.

Yes, I understand I signed a contract, but I canceled that less than 24 hrs later. You all had no right to dip into my bank account and take away nearly $40.

When I called to complain, I was told I would have to wait 30 days for only the $39.90 to be returned to my account. This is simply NOT acceptable as the contract was voided well before this was taken from my account.

I am in a wedding in 3 weeks and need MY money back within the next 7 days to put towards the expenses associated with that. If it is not returned in that time, you will hear from my lawyer for the full $77.90 your greedy company has put me out.

Back in February a friend and I signed up for a gym membership at Premier Ladies Fitness. Being Military...

Ladies Work Out Express - National Fitness Centers — it is a complete rip off that you join, and then hours are reduced!

I cancelled my membership at the Yorba Linda Ladies Work Out Express, and followed all the National Fitne...

National Fitness
46
%
This company is on the right track to keep up with incoming complaints, but there's still plenty of work to do.