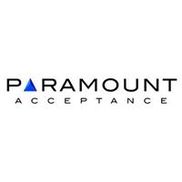 Having problems with Paramount Acceptance?

ComplaintsBoard.com is not affiliated, associated, authorized, endorsed by, or in any way officially connected with Paramount Acceptance.

on 6/28 I emailed my gym, French Riviera Fitness, to close my account. I couldn't talk to anyone in-person (the actual location permanently closed)! I moved out of state and there is no French Riviera gym close to me. Paramount keeps trying to charge my credit card and is now auto-calling me.

I contacted them via chat to let them know to stop. I explained the situation and the agent told me that my apartment lease would not be acceptable as proof and I would have to have a mortgage, new license, utility or landline only bill, or a notarized letter on letterhead from an employer or Dean of College or University!

The rep also said that I can't cancel my account if the address in the contract is within 10 miles of a branch that didn't close. There isn't one! The next closest location was >10miles from my OLD address (on contract) and 1000's away from my new one.

I was told I could go to the East Memphis Athletic Club. (They apparently had a TEMPORARY "arrangement" with French Riviera after they closed, but the contract with which they are trying to screw me is between me and French Riviera, not some 3rd party that isn't even mentioned in the agreement!)

My bank won't be honoring any further charges from this company that also apparently has an 'F' rating on the BBB. If they try to send something to collections or make a derogatory statement on my credit record, I will gladly take legal action.

May 1, 2017 I cancelled my membership at VASA fitness Ogden Utah through their online system. I paid the...

Paramount Acceptance will not cancel my personal training contract even though I have submitted everything...

I joined the Franch Rival spa & fitness back in 1987. Paid all the amount owed for a two for one package with my friend Carolyn Lewis Lott we decided we could use this in our later years. Last year after all these years I paid maintance cost of five dollars it changed without notice just the cost went up. This I didn't sgin any other contract for I like it the way it was. that I agreed to. The contract was breached.

Over a year ago, I signed a month-to-month contract with Powerhouse Gym in Elk Grove, CA under the previou...

The complaint has been investigated and
resolved to the customer's satisfaction
Resolved Paramount Acceptance / French Riviera Spa — Breach of Contract for Lifetime Membership?

Complaint Description: Breach of Contract for Conversion to a Lifetime Membership? About 20 years ago, the...

I really feel that I am being taken advantage of and have no recourse of action. When I called in November 2008 I should have been asked where I was residing and then they could find out if I lived in the proximity of one of their gyms. Instead they have waited until February 2008 to bring this up to their advantage and want to keep us in the contract, and force us to pay $296.72 for a service we are not getting.

A horrible and deceptive company with nothing but profit in mind. THEY WILL SCREW YOU. REALLY. Their scam i...

Paramount Acceptance — I hate this guys!

So 8 months ago i joined a World Gym in Idaho. On the contract i made i put that i only wanted my membership to last for 4 months. the representative at the gym said it was totally ok if i only wanted it for 4 months and that i was not bound to be a member for any other amount of time. I remember seeing on the contract that my membership was only going to last for 4 months so rightly i assumed that after 4 months i wouldn't have to pay anymore. a few months later i found out that i was still being billed for membership at world gym. this didn't make sense to me so i called up world gym and they referred me to paramount. After talkin to paramount i found out that they automatically renew your contract after the contract period is over. i, of course, didn't know about this. I asked what i had to do then in order to cancel my membership. I was told that once i send in a fax that notifies them of my cancellation that they would then cancel it. So i sent in a fax then called to verify that they had received they said that they did. I then asked if i wasn't going to be billed anymore. they then told me that i was still going to be billed for another 2 months because you're supposed to notify them 60 days in advance of when you want to have your membership cancelled. I HATE THESE GUYS!!! my membership was supposed to be cancelled after 4 months but they choose to instead to prolong it without even notifying me. I hope they burn in hell. All that these people have done is lie to me. NEVER get a membership with world gym or with any gym that is affiliated with paramount acceptance.

I canceled my membership with this company in April because I was moving. I made phone calls and was told I...

Paramount Acceptance
36
%
This company is on the right track to keep up with incoming complaints, but there's still plenty of work to do.