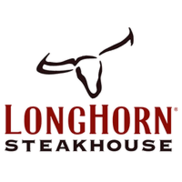 Having problems with LongHorn Steakhouse?

I found it rather offensive that a server was someone wearing a black lives matter face mask at the...

I try to never complain, but this crap is inexcusable... They are ripping us off on curbside orders... Has happened 3 times I am sick of it.. The 9oz flo's filet was not what your picture represents... The nice filet in picture #4 was what I had expected... However,. I received this tough, overcooked and (probabaly a sirloin cut, from the looks of it) that was totally inedible. I could not even cut it, much less chew it... This cook should be fired. The broccoli sprouts as you can plainly see were a hot, burned, smelly mess, inedible as well. Whoever you had cook and serve this meal should be fired immediately.
We eat here several times a week, but never again.
You make it impossible to send feedback on your website. However, this is such an obvious example of your advertising trickery, I intend to send these reviews with picutes to many social media websites, as your company refuses to address why your false advertising should not be exposed.
What a horrible thing to deprive people of their dinner so you can serve cheap slop.

Ordered from the Killian Hill location in Snellville online, they said the pickup time would be 6:40 @ 8:15 I...

On Sunday the 15th of March me and my husband went for dinner the place was very empty about 7 tables it took them 15 mins to even get a server and i had to confront the host. ok so she went to look for someone he had a big party at that time so we had to be neglected while he get their order out my question is where is the team work?? this put a bad taste in my mouth also me and my husband ordered a Outlaw steak medium both steaks were tough mine had a burnt taste after a few bites i seen a man asked him was he a manager he said yes he suggested that i try the flat grill, I said to him it taste like the grill needs cleaning i do grill alot, so i tried it his way also medium it came out with bleeding i said to the manager this isn't medium he said just taste it to see if you taste the burnt taste. no help at all i said to the waitress i will take this home but this is not what i came here for he pulled the manager in the kitchen i guess for the comment i made i won't be spending money there anymore .i don't know if they felt like i wanted something off the bill but if we couldn't afford what we went there for. we would not have went. poor choice also i took pictures of the resturant the steak and how i had to come home and cook it. this is suppose to be a medium steak, resturant empty no excuse for these action in this complaint.
'

I just left Longhorn in Largo Maryland, after sitting there for 45 minutes waiting on a table. I called ahead they told me there was no wait for a party of 5. Three adults 2 children, they put us on the list for call ahead seating. Then when I there, the hostess says there is a 10 minute wait, someone came in right before we did with a bigger party. No problem, that's fine. No one else is in the restaurant waiting. 15 minutes go by, more people are being put on the wait list. They sit down and wait, 30 minutes pass. I ask the hostess what's the hold up he says he's getting a table ready now. Ok no problem, all of a sudden another hotess shows up but calls another party up before us and seats them. I ask how is that possible, he gets the first hostess and the manager. The manager then tells us we have to wait another 15-20 minutes before being seated. No way why we should be waiting at all when we were there before the other guest arrived. He continues to tell me there were 3 partys before me, which there weren't. He says they may have went to there cars then came back. They didnt we were the only party sitting for a while before anyone else came in. Not to mention when we got there no one was ahead of us. The manager didnt know what was going on, in the waiting area at all and then was rude about the entire situation. Even the party that was called ahead of us said to me, I heard you were waiting for a while go ahead and apologize to else for the mix up. They knew we came in before them and all of there party was not there yet. I'm 7 months pregnant and this was very inconvenient and a waste of time. They had me really frustrated at the lack of concern for me being pregnant and how long I was already waiting. This all happened on 3/14/20 between 6-7pm

A group of friends went to Longhorn Steakhouse in Easley, S.C. on Feb.25 for dinner we had a group of six...

I had the pleasure of dining at Longhorn on North Monroe in Tallahassee Fl. On Saturday. February 15, 2020...

Chris Miller was very unprofessional an very rude to me an my husband!!! We have never been talked to or...

I went to one of your restaurants to eat on Saturday waited about a hour to get a table witch is normal for a...

First of all, I have always had great experiences at Longhorn so I feel bad for the complaint! But it wa...

Our food was great.. However the server was not in a waitress mood I guess.. She was outside talking to...

1/25/2020 This was the worst expereince I have ever had at this resturant. First off service was terrible...

waited over 10 minute for our server to take our order at the table, never showed up

I waited over 10 minutes for server to come to our table to take our order, my friend and i have very little...

My husband and I went to the Longhorn in Victor, NY he ordered the special bud light 12 0z beer for 2.50 we...

After waiting over an hour for food that was cold & an incorrect, I took my to go order home to find out...

LongHorn Steakhouse
1
%
Doing nothing would be this company's favorite pastime, if they had the energy for it.