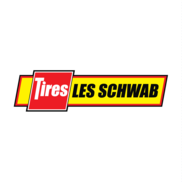 Called for a tire chain quote. Was given a quote almost DOUBLE what I could get from a truckstop, roadside...

After servicing vehicles, they park them off the propery, 2 blocks away, and the customer has to go and find it. I know this because my husband talked to a woman today, and it happered to her. They are rude and have a "I don't care" attitude. We will NEVER do business with them again!

Les Schwab in Emmett, ID sold me 10 inch rims and tires that require no wider then 9 inch rims and said I was good to go. While pulling my 5th wheel down the interstate I had 2 rear tires fail. I got into Pocatello, ID and went to Les Schwab.I was told they didn't know why the tires failed and never seen a tire wear around the bead area like mine was doing. so they sold me 4 new tires, again to small for the rims.

I started to learn more about tires and talked with a tire manufacture about my situation. I looked at Les Schwab data books on what the widest rim for my tires are and asked them about how safe my tires are being on a 10 inch rim pulling a 38 foot 5th wheel. They replied we do this all the time and it's safe. I then called the manufacture and asked them and they replied absolutely not. My tire being on that wide of a rim would spin on the rim causing braking problems and bead separation and tire failure.

My family and I have done allot of business with Les Schwab in the past. NEVER AGAIN!!!

I've read complaints about this company. Do any of you understand business or do you just want things for free? Perhaps an understanding of how things work would help your ponit of view.

just a bunch of lying schlabs

I called Les Schwab tires asked them what they would charge for putting up for tires on my car, they said 55...

Les Schwab Tire Co. in Windsor, CA. More interested in making sales than providing good service. Installed tires that proved dangerous on the highway. When customer returned, reps acted unconcerned but casually reported this was the sixth report of same problem on the new tires by Toyo. Too busy ringing up sales to talk to customer. Customer has to flag down reps to get responses to simple questions, even when store is not busy. Every question is answered with a cryptic answer to deflect further questioning. Supervised intervened. But the whole thing excused because "customers do not really want to be informed" and this customer is rare bird.

Went in to have tire checked at the Renton Les Swaub. Just had whole front end of vehicle repainted a month ago. Washed and waxed car yesterday and there was no damage. Car was not driven after washing and waxing except to take to get tire fixed. After tire was serviced there were multiple deep gauges in the front fender side where tire was repaired. There were still paint chips hanging on damage area. Showed shop manager and told him that these chips would not still be hanging if the damage had taken place somewhere else and the car had been driven. Shop manager claimed that there was no way that he could have done the damage.

I purchased Allied Type 60 Smoothie Chrome Plate Steel Wheels from Les Schwab tires in Marysville--two on 5/03/07 and three on 11/09/06. The tires were for a 1956 Ford Victoria. It has not been driven since the tires were installed as I am having the engine work done. All five wheels now have rust on them. I asked the Les Schwab dealer to replace them and he said they were no longer under warranty. I have other cars I have had for years with chrome wheels and they haven't rusted. I think these were inferior and should be replaced.

My wife went to Les Scwab tire center to have a set of their tires rotated, which they did, then charged her for doing it. After a phone call to them from me, they said if I came back a refund would be given. I feel they took advantage of her because she is a woman. I am not happy, do to an extra trip to the store and my time. I will go to the store seeking a refund and a pound of flesh. I will make sure they understand that this is not at all acceptable.

Purchased a set of 20X10 Spank 8 lug by Foose Designs, the wheel has been around for a while and has been discontinued.

This was the last set available, I looked every where. The store I bought the wheels through said they were discounted on price due to the fact they were being discontinued. I was also informed if they ordered them they were mine. No second thoughts on this transaction. I said no problem.

When I received the wheels I was very excited! Only to realize when I got them home to gaze at their splendor they were a USED SET OF WHEELS!!! What the *** man. Les Schwab has justified to me that they are not in the wrong because of the price I paid and what I was getting for said price, and reminded me that I ordered the wheel sight unseen and now they were mine.

I cant write how I truly feel about this incident, Les Schwab has not yet offered to reconcile, bottom line THEY LIED the wheels were said to be new in the box and never mounted, hardly, they had a min. of 20, 000 miles on them in my guesstimation. I would never take ownership of a used wheel. Dirty Dog Liars, I will never do business with them again. Eleven years I have had an account there, 6 sets of rims and tires 4 sets of snow tires my little brother has used my account and so has my Dad, add that up suckers, DISCOUNT TIRE CO. Here I come.

Brought my car in for a brake job because one of the calipers had hung up causing the pad to wear very...

Don't buy from them

I had purchased tire chains on a winter trip in december of 2007 in oregon. I was told if I didn't use...

they aren't helpful or friendly

Yeah, they sure didn't "come running" to help. I had what felt like a tire going flat on my Mustang today, and went in to have the pressure checked in the tires.

The counter lady told me to drive around back and when a bay became available, to pull in and they would take care of it. So, I watched her come to the shop as I was waiting, (assuming she told them) then pulled up to an empty bay and told the tech my problem.

After only looking at the one tire, the tech said, uh, no, they look fine to me (!) We can check them if you want, but there are other people ahead of you and I don't know why she sent you back here ahead of them.

So, back in I went to get in line, and told her the guy in the shop basically told me I cut in front of everyone. Told her I didn't appreciate being made to feel like a ***.

Then I overheard the tech arguing with her that I told him my tire was flat . . . instead of going flat. Whatever.

You know, I was pretty mad at that point. After buying several sets of tires and rims there, I just wanted my tire pressure checked. My husband is gone a lot so I have to figure this stuff out on my own and I hate it when I'm made to feel stupid. When she got back in, I told her and the tech that I needed to have my tire pressure checked, I don't mind waiting, and if it's such a problem, I can go somewhere else.

Turns out the front two were down and bit and it drives much better with some more air in them.

In fact, I think I will go somewhere else next time . . . for my next set of tires.

I had trouble with Les Schwab's Sutherlin OR franchise. The owner is arrogant and rude. The last time he refused to sell me the tire size that was recommend in the Ford owners manual for my car. He told me that it was the wrong size tire for that wheel and that would not sell me the size I was looking for. When I left there I went to Big O who had my tire size in stock and I have been using them ever sense. In the 4 years sense that incident I have look at a lot of web sites that carry performance parts for my car and all of them recommended the tire and wheel combination that I tried to buy at Les Schwab. I have not done any business with Les Schwab Tire Center sense that time.

they would not honor their own written estimate

I took my MR2 into my local Les Schwab store, East Bremerton, Washington State, had them checkout the noise from my front end when hitting a bump. They told me the power steering rack was bad, the boot was full of fluid. Their estimate for the replacement rack was $108.46 plus labour and alignment. I took my estimate home and thought about it over night, went back in and asked if the part they would use would be used, rebuilt or new. They told me rebuilt because they do not make new ones anymore. They said they needed 3-5 days to order in the parts so today I call them back and ask them to order the parts...All of a sudden the salesman says new ones are not available, I said that is because they are rebuilt. He then asks what the parts cost was on the estimate and I told him. He came back with the parts cost of $480!!! Quite a change from my original written estimate...

if we don't have it you don't need it

You may not want to post is complaint. This isn't a huge complaint but it just bugs me that when a company...

Les Schwab Tire Center
1
%
Doing nothing would be this company's favorite pastime, if they had the energy for it.