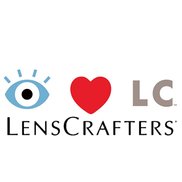 Having problems with LensCrafters?

I have spent hundreds on glasses, sunglasses, etc. at Lens Crafters over the years. Recently I had an...

I purchased a pair of burberry frames in february 08 about 220. In June I went in for an adjustment on...

LensCrafters — frames do not hold up

About a year & a half ago, I bought a pair of Prada eyeglasses at Lenscrafters here in Boston. They were extremely nice looking and I paid quite a bit for them (around $450). Over time the frames became dull and cloudy. Nothing wrong with the lenses, just the frames. So I stop in at Lenscrafters and ask if there is anything I can do to clean or correct my glasses. I'm told by the salesperson that this just happens, it's plain wear & tear. Plastic frames, he said, only last about a year before they dry out & that this is very common. "Nothing you can do about it, " he says, and shrugs. He said I should just buy another pair then tried to sell a similar pair to me. I wasn't told this when purchasing these glasses. What's up with this? Built-in obsolescence so that we have to buy glasses every other year, spending hundreds on each pair to keep Lenscrafters going? Ridiculous--I'm purchasing my stuff now either at Costco Eyewear or online as I refuse to support Lenscrafters. I'm also posting on my blog, facebook, my space, etc. I'm sick of this stuff!

Had an eye exam at lenscrafters and while my eye were dialated ordered glasses and couldn't see the...

I have used Lenscrafters since the early 90s. The last 3 times I have wanted to use my old glasses. The first...

Recently I purchased a pair of glasses from the Lens Crafter store in Tupelo, MS. The girl who fitted me told...

I have used LENS Crafters for years. I usually get their Brooks Brother product.

About three weeks ago my two year old glasses broke. I went to Lens Crafters and found a pair of CHAPS frames $160 that I liked. High Index lenses were also about $200. True to word they made them in an hour.

About two days later I notice I was [censored]ing my finger when I took off my glasses. The top of the screw that held in the lens was too long and they did a poor job of clipping it back.

I took the frames back. I was told that the manufacturer plaints the screw in and they have to strip it to get it out. I expressed some doubt and concern about the frames, but let them give me a new pair and put them together better. The manager assured me they were high quality frames.

Three days later the right nose piece just fell off. I found the screw, but could not put it back because it was stripped.

I took the glasses back to the store today and told them, I liked the shape but would no longer accept CHAPS. They found me a pair of POLOS, but then wanted me to pay $70 more. I told them it was their error and I would not pay more. The manager then told me that he was giving the LENS for Free. I asked him how he figured that. He said he could not use the lenses in the pair I brought back.

Anyhow, I told him those pair were coming back, and I was giving him a chance to keep my business.

H said he could not match the price of the first pair and that the CHAPS were entry level frames. Like that was my fault.

I got my refund my family is done with LENS CRAFTERS. They have lost $1000s of future business from me.

I have recently purchased 2 sets of lens from lenscrafters at the Hanes Mall Store in Winston-Salem. I asked...

Well I had my new glasses handed to me March 21st, not even 2 weeks later my glasses are spotty and it seems as if the glare resistant stuff had chipped off. I go in and a manager gives me this BS of a story saying that I scratched it and it is my problem yada yada yada... So I call corporate and yes you may ask what day today is and it is April 24th and they call me and tell me to go get new lenses and this is after calling like twice a week... What BS... The management is rude and no one knows what to do... I will NEVER and I mean NEVER buy another pair of glasses there so long as I live.

I am writing to complain about my recent experience at the LensCrafters store at the Hawthorne Shopping...

I puchased a pair of glasses that broke with in 3 months. After taking it back to Lens Crafters they said...

LensCrafters — spend your money else where!

I recently purchased a new pair of glasses from this store at the Brass City Mall. The frames I ordered were fine, it took them 4 tries to get my lenses correct, so I had to keep returning to the store. What upset me was each time I arrived the store reps couldn’t care less that I didn’t have my glasses. During my 4th visit I was chatting with a woman at the counter who was waiting and discovered she was going through the same problem. I even called the store manager and explained my dilemma; I didn’t feel she cared either. Spend your money else where.

LensCrafters
35
%
Not bad, but could've been way better. This company does respond, but not as often as you'd expect them to.