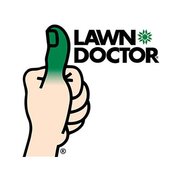 Having problems with Lawn Doctor?

ComplaintsBoard.com is not affiliated, associated, authorized, endorsed by, or in any way officially connected with Lawn Doctor Customer Service. Initial Lawn Doctor complaints should be directed to their team directly. You can find contact details for Lawn Doctor above.

Use this comments board to leave complaints and reviews about Lawn Doctor. Discuss the issues you have had with Lawn Doctor and work with their customer service team to find a resolution.

I contacted this company numerous times to tell them about my dissatisfaction with their service. They are so...

I used the lawn doctor based on their guarantee service, but when I called to complain they gave every excuse as to why it may not have worked. They then refused to provide the guarantee to refund or come back. I called the corporate office and they offered no help because each location is individually owned. Will never use them again.

Be very careful with this company. They skipped the granular fertilization part of an application, but charged me full price. When confronted, they refused to to make the necessary application or to refund my money.Be there in person to watch every application to be sure they do what they are charging you for...otherwise you may be short changed. Word to the wise.

lawn doctor is a terrible company to deal with. I contracted with my local rep. for a complete lawn program...

I paid the Lawn Doctor franchise office that was servicing my area in advance for an annual service. They...

I chose Lawn Doctor this year to service two connected yards that I own. I was very specific when I signed up...

Last year I hired the local lawn care service known as “Lawn Doctor”. They told me that they will...

I paid the Lawn Doctor franchise office that was servicing my area in advance for an annual service. They...

In 2010 I decided to go with the local Lawn Doctor. I signed up for their 6-step process. I also ordered the additional Aeration at the beginning of the season in April. After the aeration and step one were complete things were looking good. The lawn was new sod laid down the prior year, however we didn't move into the home until November so unfortunately the lawn went without a winter fertilizer. Everything appeared to fine until step 2 in mid-May. 4 - 5 days after application I started getting bright yellow streaks across my yard that followed the exact path their machine ran across the yard. Also a large patch appx. 10feet in diameter turned bright yellow. Days later it was equal to hay and all the yellowed areas were breaking off. I immediately called for assistance. Basically I was told it was heat stress. What!?!?! It's the middle of May. LD technician took a bag of seed from his truck and sprinkled it by hand over the bad areas and said to saturate the area. Over the course of May-September I had steps 3-5 I believe. Each visit my lawn was worse. I had more dandelions, clovers, crab grass and other wildflower weeds all across my yard than the bare lot across the street from my property. The areas that burned out earlier, that seed was sprinkled on, were now solid weed/crabgrass. Each visit as well did more bright yellow streaks/paths appear.

I questioned each time whether or not they were chemically burning my yard. I was told no way, our stuff can lay in a pile on grass for weeks and never burn the grass. I asked are they putting too much down. My lot is 100x100 which is 10, 000 sq. ft. but there's a house and driveway and other areas that aren't grass so it really works out to just about 6000 sq. ft. Tech told me, nope it's by the lot size to which I said you aren't fertilizing my house just the grass. Unfortunately, I could see I was getting no where. I called about 2 times a week documenting all the problems I was having and requested they send a different tech. to my yard (it was the same guy each time so far) and said look I need a second opinion, because obviously this guy is doing something wrong. By late August a new guy showed up to LOOK at the yard. His reply was WOW this is bad and that he would report this to his manager and get this fixed, unfortunately though it being HOT SUMMER I would basically have to wait until next year for it to come back.

I am beyond frustrated with this by now. By the time September rolls around and it gets somewhat cooler what grass I have left is looking decent and weeds are subdued mostly. Mid-Sept I get a spot power seed to seed over all the areas that died. Within a week I had grass growing in those spots where grass wasn't all year. By the end of September and into October my yard wasn't so patchy. So I paid for a service to kill my yard, make it full of weeds and dirt, and then seed it late to then give me not even a month of decency? Step 6 was just around the corner which was the winter step. Guess what? 3-4 days after they left, large yellow streaks and the grass died AGAIN.

I called for the manager and was told himself personally would be down to inspect my yard. That was Late October, early November... I have yet to see this manager.

So a six step process was contracted. I checked my records and I had 10 additional service calls for complaints. Unacceptable for them to be here more for (supposed) fixes and redo's than for actual contracted services. I decided 2010 was in the bag and was now time to look elsewhere.

In February 2011 I get a letter in the mail saying I have been renewed for 2011 and instead of the 8 payment plan I had for 2010 I was now in a monthly plan for 2011 and since it was Feb I had 2 months due. I was livid. I called LD and said I never renewed, which I was told if you say nothing you automatically get renewed (which I did find on my original contract) so I asked for my account to be terminated with a brief explanation as to why. I received confirmation my account was closed by LD via a letter in the mail. Since then I have been flooded with mailers and phone calls offering me all these discounts and promotions to get me back as a customer and all these sorry you left notices. WHATEVER.

Fast forward to yesterday 3/23/2011 over a month since my account was closed. Guess who was outside? LAWN DOCTOR. I ran outside and said shut your machines off!!! The tech (different guy from last year) showed me the work order for my property dated a few days prior. I stated I closed/terminated this account last month. Please pack up and leave because you are not touching my lawn and I am not getting billed for this. I immediately called the LD office and asked for the status of my account. I was told CLOSED. So then why is there two techs waiting outside with a truck full off equipment? I got no real answer other than the computer must not have deleted the work load after I canceled but I was assured my account was closed. I went so far as to log in to my account and it also showed closed.

I can't believe this. When I wanted service I got lazy service or dead end promises. Now that I cancel they wanna be attentive with offers and calls and to not even remove the work order. Good thing I was home yesterday morning to catch them.

I thought it was all over then. I go upstairs and get my cell phone and see a voicemail. It was the LD tech stating he was on the way to my house to do my CORE AERATION service!!! The core aeration is an ADDITIONAL service paid separately than the 6 step program and has to be ordered separately. So who ordered this? I sure didn't. So not only did they have a work order for my lawn, it was for a service other than the program that gets renewed each year. What Nerve this company has.

My account is closed, confirmed by their office as well as my online access. We will see if yesterday is the last time I have any interaction with LAWN DOCTOR of Millville/Vineland NJ.

Lawn Doctor treated my lawn in November 2008 for the winter service. Technician over applied application and...

I made the mistake of hiring Lawn Doctor to treat my lawn. After Lawn Doctor got my money, the company...

I decided to go with Lawn Doctor this year for because I thought if the service cost $350 dollars a year...

Lawn Doctor
25
%
Not bad, but could've been way better. This company does respond, but not as often as you'd expect them to.